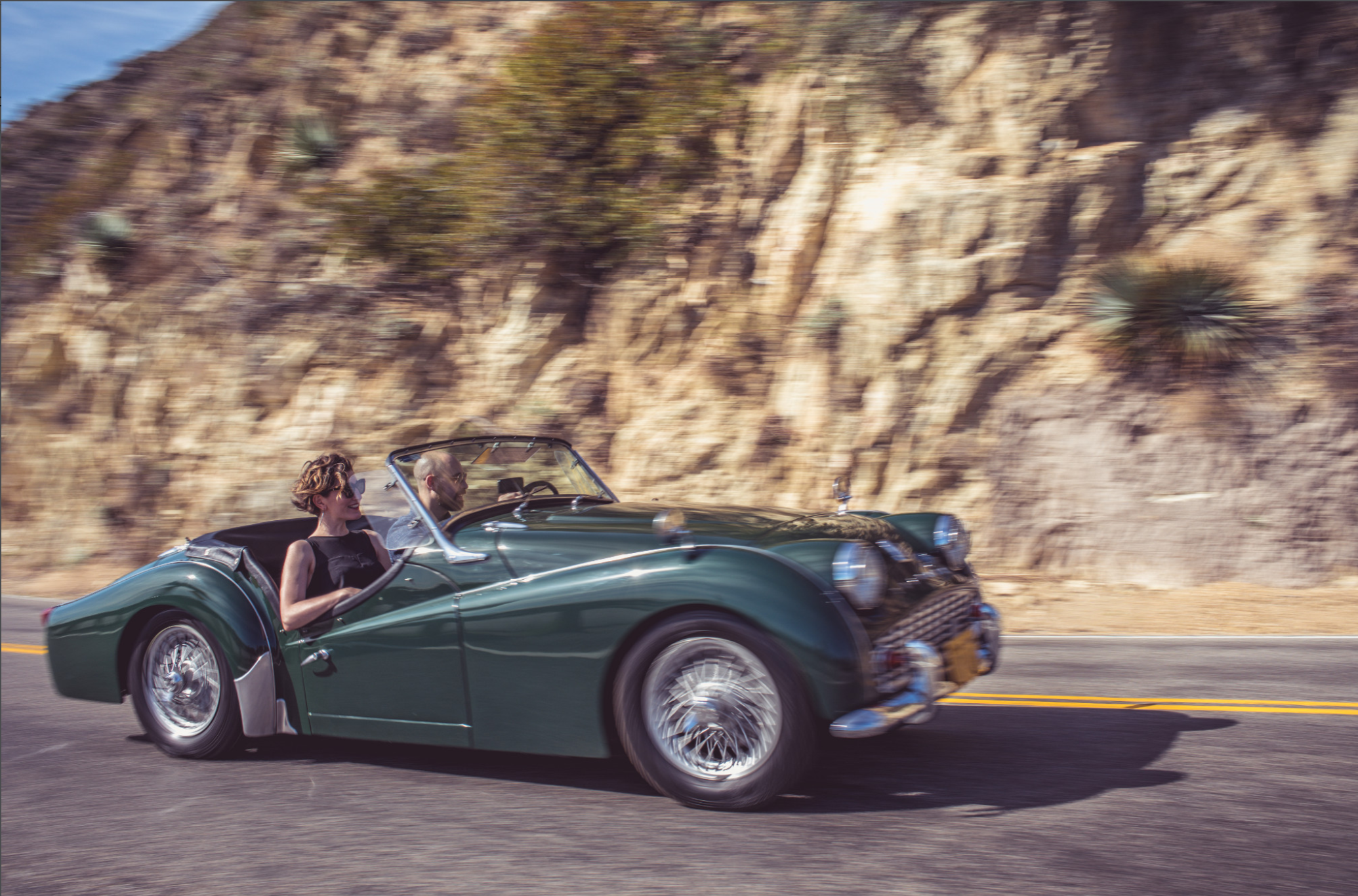 Whether a classic of the past or an exotic of the present, British cars are known for their sophistication, ground-breaking designs and unbeatable performance. The availability of anything from a modest four-cylinder to a whopping twelve goes to show that it’s not all tea and crumpets.

In the end, a car nut is a car nut regardless of what flag it was built under. The only thing that matters is that when you drive it, your heart rate increases and your soul awakens. Tackling winding roads and eating up the horizon proves the nimbleness and functionality of these fine-tuned machines.

There are plenty of timeless British cars right here in the U.S., so save the plane ticket and keep it domestic with these British beauties listed on DriveShare:

Here’s your shot to feel like James Bond for the day in a DB7. Sorry, no smoke screen or rocket launchers here, but this 2003 Aston Martin V12 Vantage GT is rare enough to shock you without the gadgets. Only 302 cars were built from 2002 to 2003, and of those a meager 64 GTs were imported to the US. If that isn’t enough, the V-12 powerplant produces 435-hp and is mated to a six-speed manual gearbox. The interior features beautiful Kestrel Tan leather and large bolstered sport seats. All-in-all, what we have here is a luxurious Aston Martin, a V-12 engine, and a six-speed transmission. What more can you ask for?

British cars have received a bad reputation in regards to reliability, but there’s no need to worry about this recently restored MGA. It has been upgraded from its standard 1600-cc engine to a slightly more spirited 1800. It also has a crisp five-speed transmission, upgraded front suspension components, and a front sway bar to help reduce body roll while you eat up the unsuspecting winding roads ahead. This is a timeless car that will generate plenty of smiles per hour.

The Austin Mini would typically be on any top five British car list, but we decided to highlight an Austin that is lesser known – the American Austin, a very rare mini car from 1930. The American Austin Car Company attempted to popularize the European idea of an economy car for America after the success of the tiny Austin 7 in Europe. The fabulous art deco styling was designed by Count Alexis de Sakhnoffsky, also known for designing the Packard 1108 Sport Phaeton for LeBaron. He took the idea behind the Austin 7 and incorporated American styling: horizontal hood louvers, fixed disc wheels with detachable rims, larger headlights, added bumpers and flowing fenders. The cars were smaller than any other American-built vehicle at the time. Imagine a car that’s almost 20” shorter than that of the VW Beetle!

If the purr of the 1962 Rolls-Royce 6.2L V-8 doesn’t pull you in, the flash of the enticing chrome grill with the Spirit of Ecstasy perched on top will. Upon your arrival, everybody will gaze in awe as the chauffeur exits and opens your door for you to emerge from the cabin with elegance. As an alternative to rolling up in a Rolls, you could flag down a horrendous looking yellow tax, sit in the back of as so many others have before you, and soak up the police car ambiance complete with grimy pleather seats and a plexiglass bulkhead. Rolls-Royce or Crown Vic? Burl wood seatback trays or ashtrays? We’ll let you decide.

This mid-engine sports car is packing a tastefully modified turbocharged and intercooled 300-hp four-cylinder engine. The Connolly leather-wrapped sport seats hug you through every twist and turn while a flat-bottom Momo steering wheel exudes an exotic feeling. Oddly enough, this model is sometimes called by its project code X180, which was restyled from its predecessor by British automobile designer, Peter Stevens who later went on to design the McLaren F1. Thanks to the Kevlar reinforced fiberglass body panels, the Esprit weighs in at only 2,800lbs, which is reflected by its rapid acceleration and nimble handling. Go against the grain, show up in an Esprit.