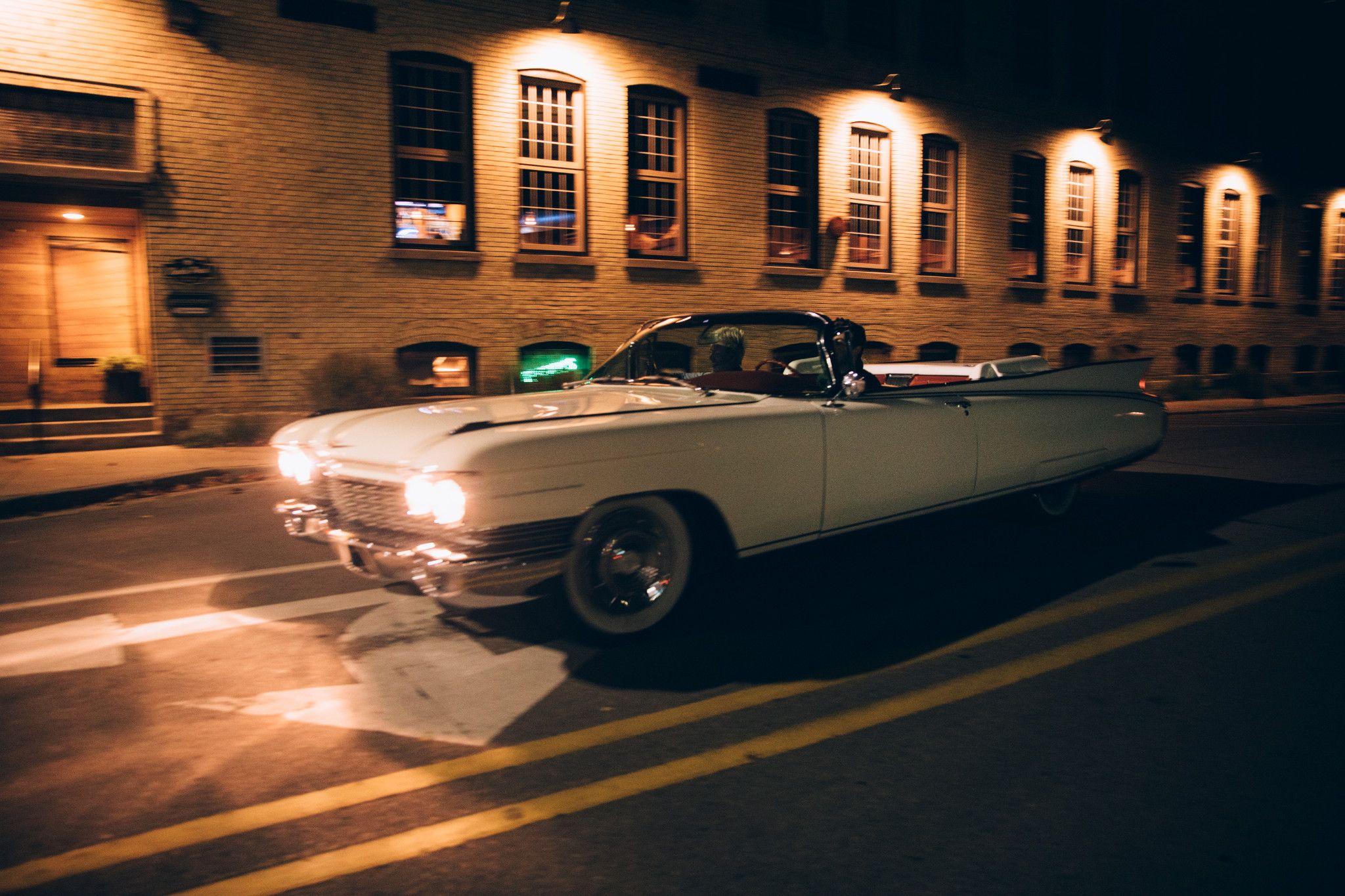 The Big D. The Lone Star State. Cowboys, cattle and classic Longhorn Cadillacs. As they say, things are bigger in Texas (especially if you’ve booked one of those vintage Caddys) and that includes the many scenic drives you can take around the DFW region.

If you think that Dallas and the surrounding Texas countryside is big, flat and hot, we’ve got some places to send you that’ll change your mind. To help you get the most out of your DriveShare rental, we’ve assembled some great cruising destinations to get you beyond the city limits and in front of memorable Dallas-area attractions. Let’s hit the road!

Before we escape the city, it’s worth making a swing through this urban environment to check out the skyline that was named the world’s best in 2014 (beating out perennial victor Chicago) more for its dramatic advances in skyline lighting rather than adding any super-tall buildings or incredibly striking architecture. Having the city skyline in the credits of one of the most-watched prime-time soaps of the ’80s probably didn’t hurt either.

If it’s your first time cruising around Dallas, you may be wondering where the best place to get a panoramic view of this award-winning skyline. There are a number of great places to take a few photos but there are a couple specifically great for drivers; the first of which is Klyde Warren Park.

This park is literally built on top of the freeway near the heart of Dallas. This 5.2-acre expanse gives you a great 360-degree view of the surrounding buildings, parking is available and very close to another great place for skyline views: the top of the Reunion Tower, less than a couple miles away. (Historical side trip: Dealey Plaza, the site of the Kennedy assassination is about halfway between these two spots.)

There’s another great view over your shoulder as you head west out of town on I-30 on the way to Fort Worth – hop off the freeway at one of the overpasses for a quick photo opp, especially at sunset when the light hits the buildings from behind you.

Wind your way to Waco

The little ranching town of Waco has never been more popular, all thanks to one cable network and two talented people: HGTV and Chip and Joanna Gaines. Without their Magnolia Empire, Waco would still be an infamous stop between Dallas and Houston. Nowadays the 90 minute drive from the Big D is a regular cruise for folks looking to get a little bit of that Fixer Upper magic.

Naturally you’re going to want to stop at Magnolia Home at the Silos,  Magnolia Seed+Supply and grab a coffee and a pastry at Magnolia Press. The city’s visitors bureau have created a self-guided tour of town (dubbed the Magnolia Trail, naturally) to see other Fixer Upper highlights plus the many other sights Waco has to offer, including Baylor University, the Dr. Pepper Museum and the Little Shop on Bosque; the original Magnolia shop.

Once you’ve cruised through town, plan to stop on the way back in the wonderfully-named town of Waxahachie for dinner at Catfish Plantation: a restaurant housed in a turn-of-the-century home that features chef-driven cajun cuisine and a wide array of Texan wines. If you think there’s an extra unseen guest at your table, you might be right – the restaurant is allegedly haunted.

On the road to scenic Oklahoma: Lake Texoma and Turner Falls

With so much square mileage in Texas, you can easily drive for hours and never leave the state. But we still want to send you just 90 minutes north of the Dallas metro area where you’ll get into some interesting environments around southern Oklahoma, starting with Lake Texoma.

Right on the Texas-Oklahoma border; it’s one of the largest lakes made by the Army Conservation Corps in the mid-1940’s and boasts nearly 140 miles of waterfront for everything from outdoorsy excitement like fishing, horseback riding, hunting, hiking and biking to more modern recreation like museums, art galleries, golfing, dining and casino-ing.

If you’re up for a cruise a bit further away from Dallas, it’s two hours north to Turner Falls, the highest waterfall in Oklahoma at 77 feet. Nestled in the Arbuckle mountains, visitors can fish and swim (so don’t forget your suit) or explore the park’s cave system.

Make the trek to the Mother Road

It’s quite a drive, but if you’re up for a 5.5-hour jaunt over to Amarillo, you’ll be rewarded with some of the most famous attractions offered up by the Mother Road: Route 66.

Of course, it’s not “officially” Route 66 any more – most of the route is now I-40, but you can still find a lot of remaining attractions and destinations from the route’s heyday. For example, you wouldn’t want to be this close to the iconic Cadillac Ranch and not stop by, would you? Who could resist the siren song of ten antique cars buried halfway into the earth and then covered with spray paint?

(If you’ve reserved that classic Cadillac for your DriveShare ride, it’s an even better photo opp.)

On your way out to the area, you could cruise along the Palo Duro Canyon area (aka the Grand Canyon of Texas) or take in the Route 66 Historic District in Amarillo, which is one of the only original stretches of Route 66 you can drive inside Texas, with the requisite selection of shops, restaurants and cafes along the roadway. And who could pass up Adrian’s Midpoint Cafe, exactly halfway between Los Angeles and Chicago?

If you return to this final Amarillo attraction for dinner, you may want to reserve a room for the night: The famed Big Texan Steak Ranch is the home of the legendary 72oz. Steak challenge: finish an entire 4.5-pound steak (plus fixin’s!) in under an hour and it’s free. If you can’t cut it, that’ll be $72, thank you very much.

If these routes have inspired you to take a drive but you need a suitably classic car to cruise these highways and byways, get started at Hagerty DriveShare, then get ready to fire up the engine and hit the road. Eager to cure your inner wanderlust? Check out our travel guide collection.