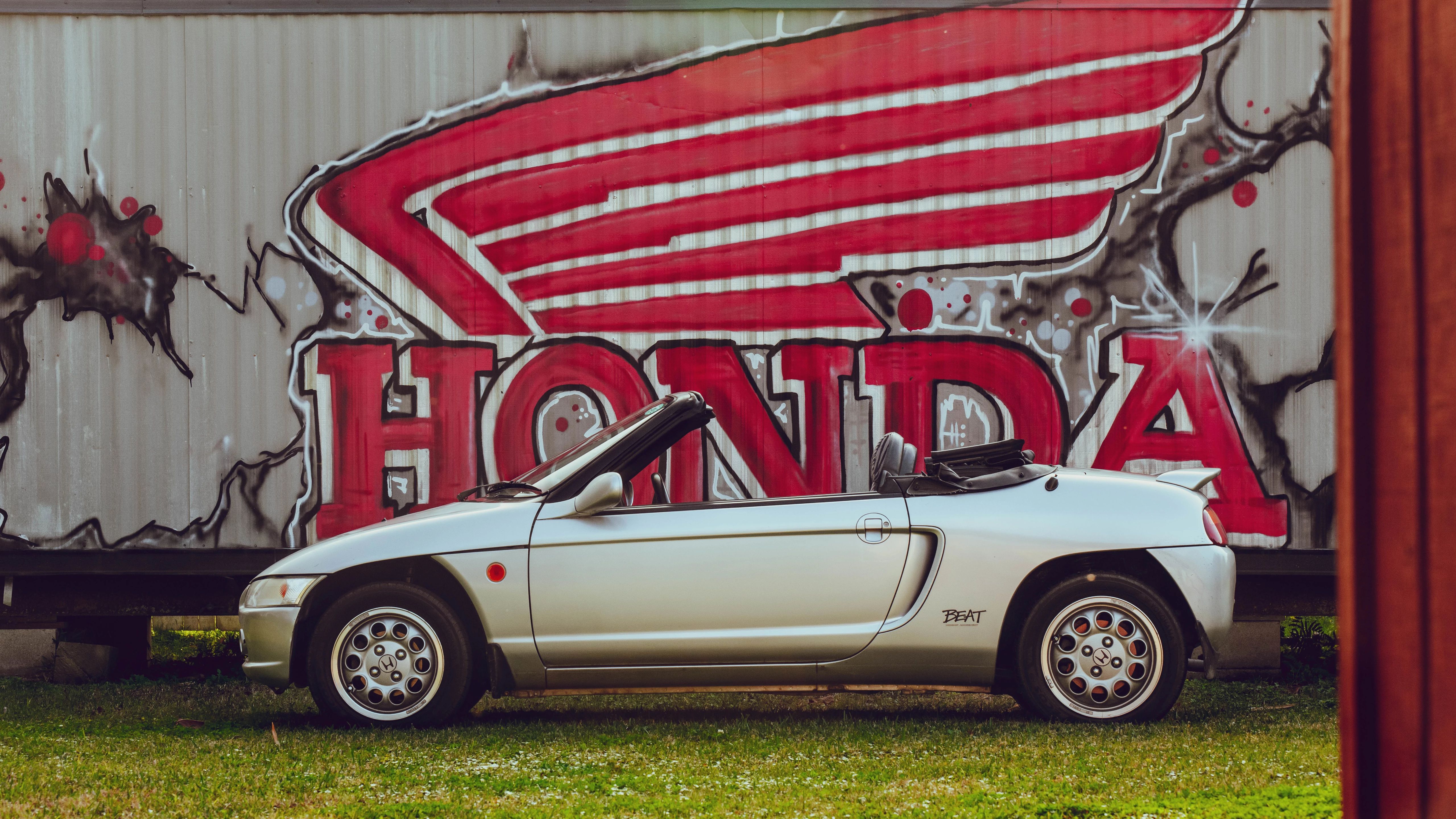 In the car world, JDM stands for Japanese Domestic Market. A magic segment of cars that were only available in the Japanese market. Thanks to the NHTSA’s 25-year import law, the vehicles from our favorite movies and manga can be discovered on DriveShare! Everything from fun-to-drive Kei cars to the legendary GTR. Drift with us through a touge run to our favorite JDM offerings. Now through September 5, take advantage of hot import summer savings! Enter “SUMMER2022” at check out.

The MR2 represents everything we love about ‘80s sportscars. The radical wedge-like design, mid-engine layout, and pop-up headlights are all design cues we would expect to see in an exotic car of the day. Toyota managed to trim all these features down [plus the price] while maintaining high performance and canyon carving agility. For the best driving experience, remove the T-tops and tackle a winding road. The sounds of supercharged 4A-GZE serve as the perfect soundtrack.

Sing praises for the Figaro

The ‘80s and early-‘90s represented a golden era in Japanese car building. The country was experiencing an economic bubble, making a perfect storm for automotive innovation and design. In response, Nissan started a bespoke line of limited production pike cars. These vehicles feature design cues that take us back to a simpler time. Enter the Figaro; this adorable, fixed-profile convertible shares similar flowing lines to the fan-favorite Fiat 500. All Pike cars enjoyed high demand in Japan, utilizing little advertising and purchase via a lottery system. Rent this Figaro and you will be a winner too!

Kei cars represent the cutest and quirkiest cars of the JDM world. Rolling back to the 1990s in Japan, the government relaxed regulations on Kei cars, trucks, and vans allowing engines up to 660 ccs. This move spurred a golden age for these pint-sized performers, with manufacturers utilizing turbochargers and superchargers to get the most performance possible. Proof that great things come in small packages, these fun little vehicles sip gasoline and are a favorite at RADwood and beyond.

1999 was a big year for the Japanese roadsters, with Mazda releasing the long-awaited 2nd generation Miata and Honda’s celebration of 50 years in the car biz with the release of the S2000. Both cars offer a pure and exciting driving experience, but the S2000 leads ahead with almost twice the horsepower and an addicting redline. The ’08 and ’09 model years offered a rare gem to enthusiasts, the track-oriented S2000 CR. With just 668 examples produced in 2008, this Club Racer is for those that crave speed, cornering capability, and collectability. Best of all, you can experience one right here on DriveShare.

The R32 comes from a championship pedigree of performers as it is a road-going version of Nissan’s Group A racer, the Skyline GTS-R. Legend has it that the car performed so well in Japan’s Touring Car racing series that it earned the nickname “Godzilla,” and the hero car was born. Armed with all-wheel drive and a twin-turbocharged inline-six, the GTR stole the hearts of tuners across the globe. Here in the U.S., enthusiasts waited, catching glimpses of their hero in movies or on the pages of Initial D. Back then, the closest we could get to driving a GT-R was playing a round of racing in Grand Turismo. Today, we can own the moment and meet our hero on DriveShare.

Need wheels? Cruise here to get the 4-1-1 on renting a rad ride today!