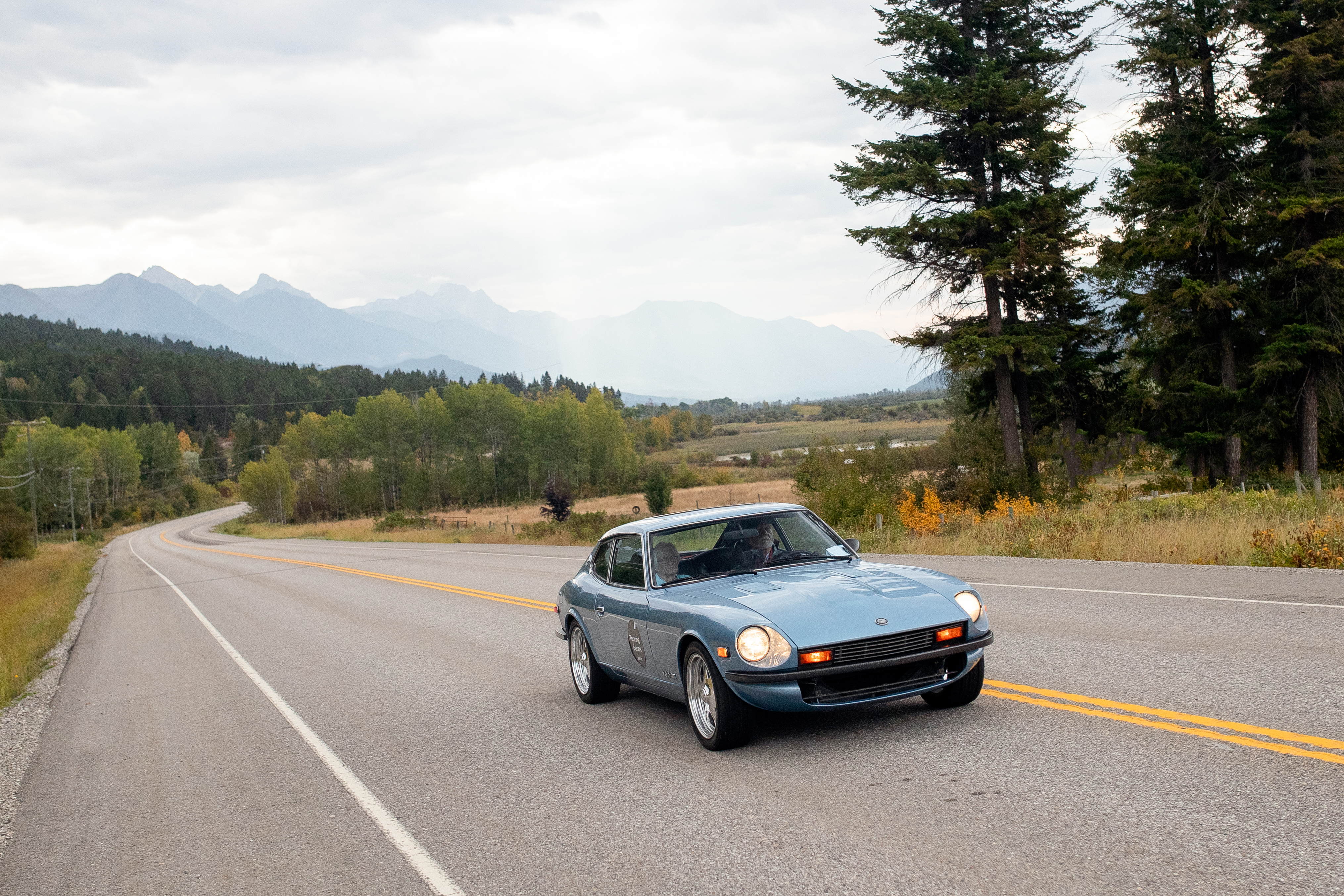 Sports cars got their start back in the 1920s when going fast meant having no roof and very few creature comforts. Back then, the brands that made it to the podium translated directly to vehicle sales, and manufacturers raced to build the next best performer. In the ‘60s and ‘70s, sports cars evolved to include fixed roofs which made for increased rigidity and even better handling.

Today, finding new cars with the same character and soul is becoming harder and harder. Who really needs an infotainment system when the drive itself is supposed to be the entertainment? If you agree with this statement, we hear you! Hop in and tackle the twisties with us on an epic drive through our favorite sports cars on DriveShare.

Fly in the Factory Five

1960 was not kind to Carroll Shelby; the famed racing driver’s career was tragically cut short due to a heart condition, forcing his retirement. In Shelby’s downtime, he recalled the cars he used to race for Aston Martin, Ferrari, and Maserati. All three brands had three things in common: they were fast, looked pretty, and lacked reliability. Shelby then set out to build a car that could serve as a weekend racer, be driven on the streets, and receive service from your average shop. The recipe for the Cobra is simple: Take the lightweight and European-styled body of Britain’s AC Ace and mate it to a Ford small-block V-8 engine. It proved to be a recipe for success. The Cobra was a nightmare to competitors in the US and Europe, stealing wins from Ferrari and Chevrolet’s beloved Corvette.

Today, original Shelby Cobras sell in the millions! Thankfully, faithful reproduction companies offer a less expensive alternative. Best of all, you can capture the soul of the Cobra by renting one from DriveShare!

Often overshadowed by its mid-engine cousin, the Porsche Boxster, the Z4 M is one of those hidden gems in the enthusiast world. Armed with 330 horses, the beauty of this sleek, long-nosed roadster perfectly follows BMW’s tradition of race-inspired rear-wheel-drive roadsters. You’ll find it easy to get lost in the zing of the inline-six and let the Z’s rail-like handling roller coaster you through the hills and corners.

This morning, skip the coffee and awaken the senses with a four-seat thrill ride aboard the Lotus Evora. Don’t let the practicality of having a back seat fool you, as this mid-engine grand tourer is a sports car without compromise. It’s a vehicle for fun commutes on the weekdays and a spirited track weapon on the weekends. Imagine pushing Evora through the corners, rowing through the gears, with the Toyota-sourced V-6 howling along in perfect harmony. Own the moment and reserve your ride today!

Grab life by the fangs

When Lee Iacocca took the helm at Chrysler in 1978, one of his goals was to re-establish Dodge as a performance brand. Bob Lutz, then president of Chrysler, wanted a car unlike anything on the street – a vehicle that would exceed the Corvette and beyond.

Dodge needed a game-changer that called for a blank slate design. Lutz’s small team of designers went to work on a brand-new chassis that used fully independent suspension, coil-over shocks, and a fiberglass body. The team decided on a V-10 engine to provide power and called on (at the time) Chrysler-owned Lamborghini to help develop the block and heads. Iacocca greenlit the project and even hired Carroll Shelby as a hype man to help market Dodge’s next big thing.

At the 1989 Detroit Auto Show, a Dodge like no other was unveiled to a clamoring automotive press, and the Viper was born.  If you seek a visceral and unruly driving experience, look no further than Viper. The early models are especially venomous, lacking most create comforts and any form of stability control. The operator does drive the car; they pilot it!

Driving back to the days of Datsun

Before the Datsun 240Z took the sports car market by storm, the first Japanese cars to invade the US came in the form of bite-sized roadsters. Taking direct aim at the likes of MG, Triumph and Austin-Healy, the Datsun Fairlady offers big fun in a small package. Known in the States as the Sports series, these roadsters tout a durable 1600cc in-line four with 90 horsepower and quickly became a favorite of weekend racers.

The rumor is true! The hottest hot rods can be found on DriveShare.