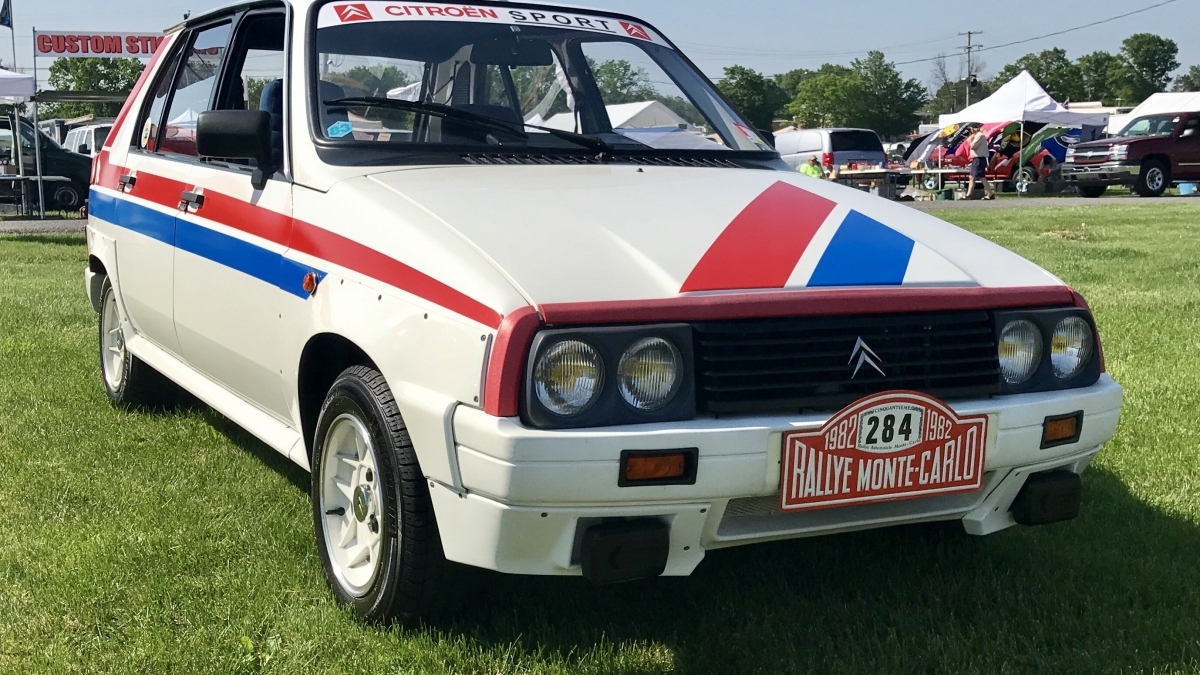 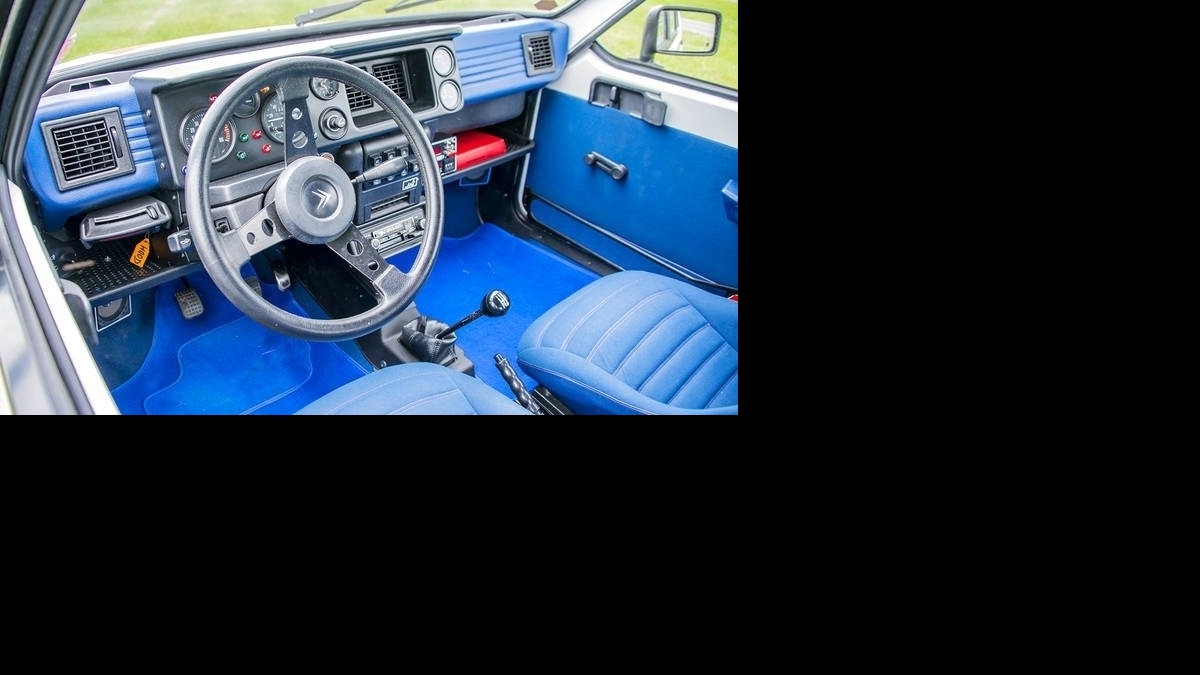 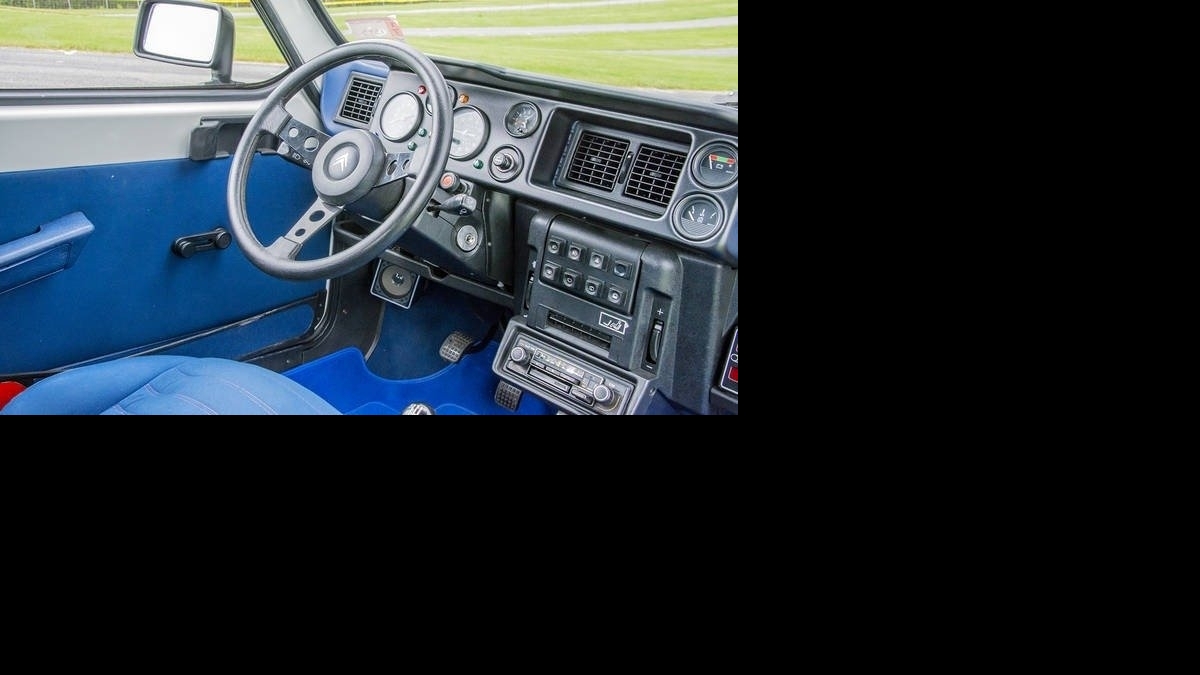 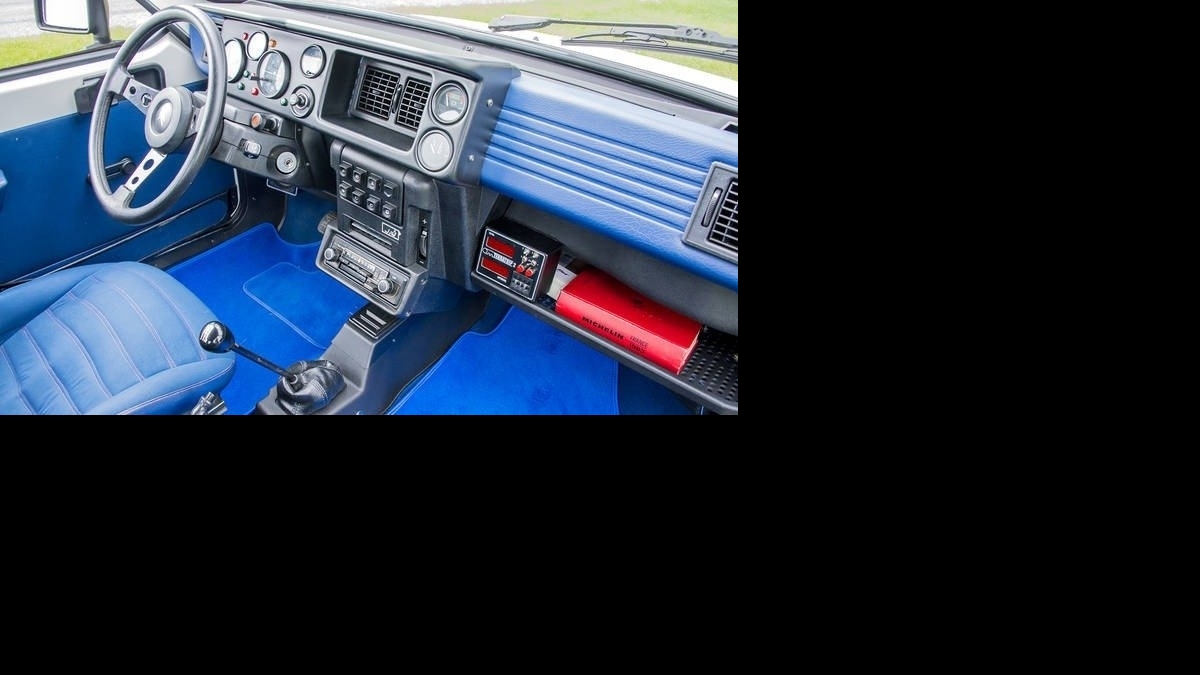 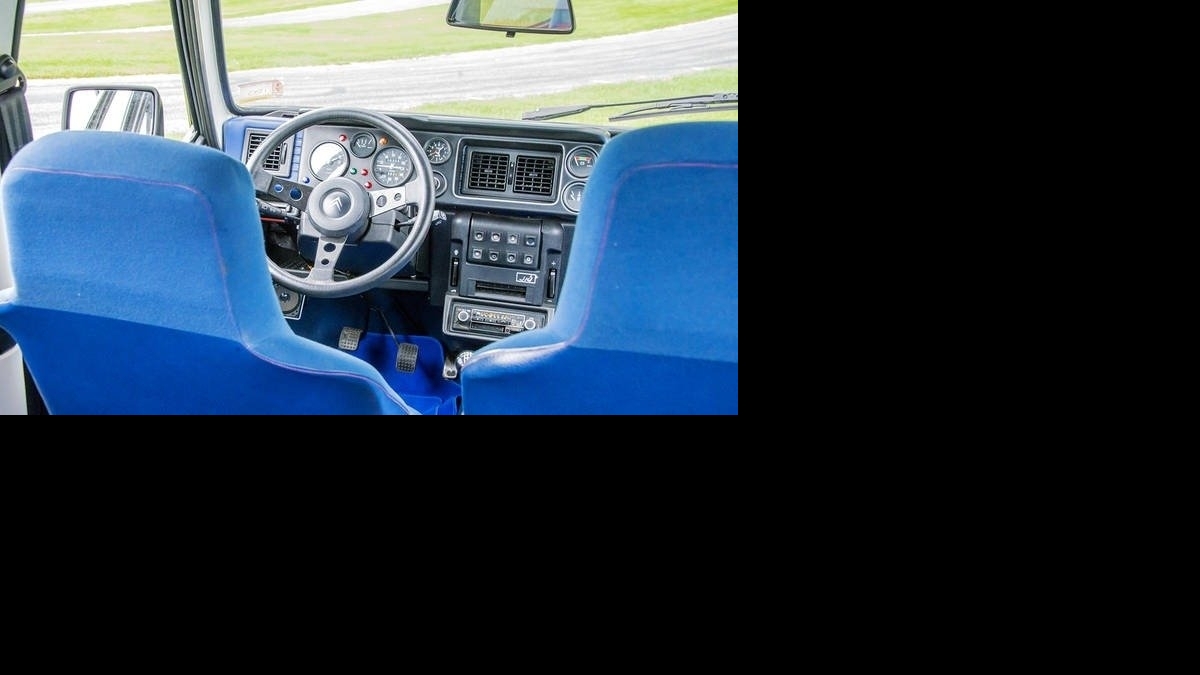 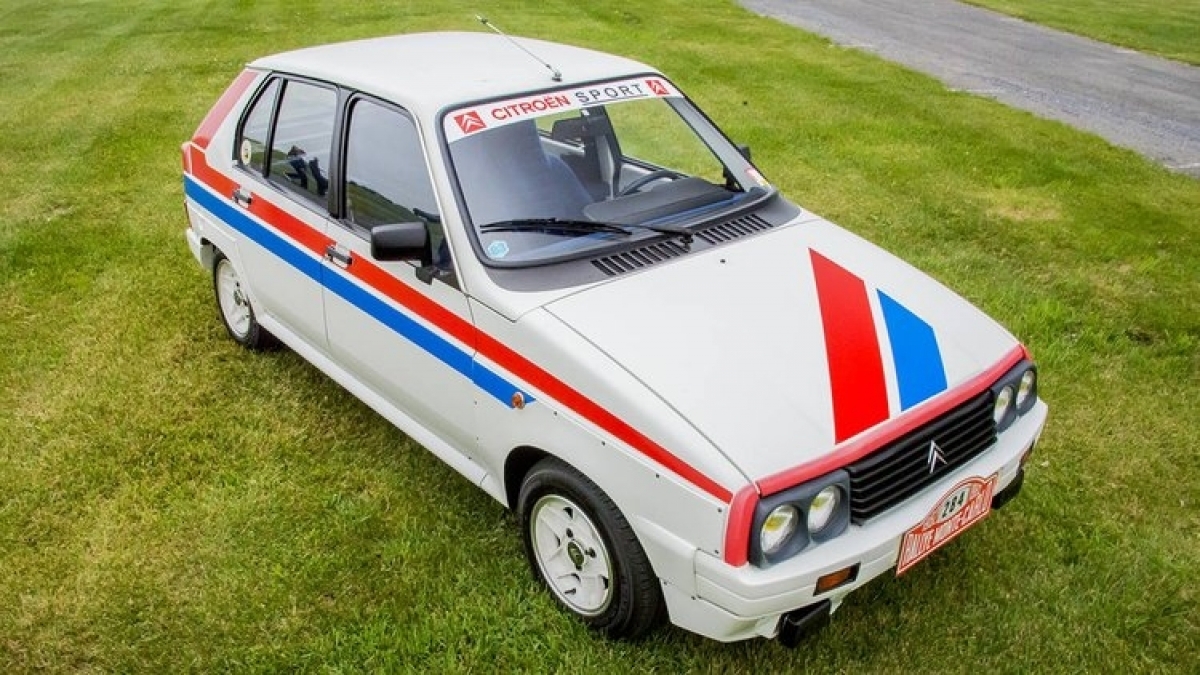 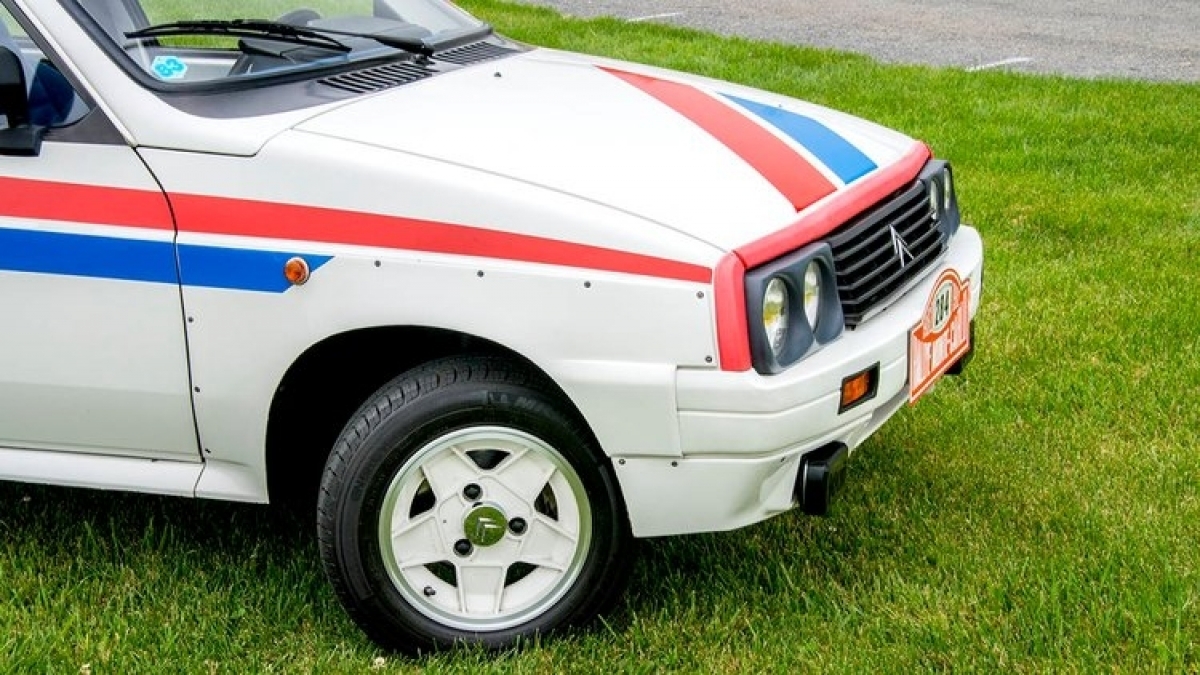 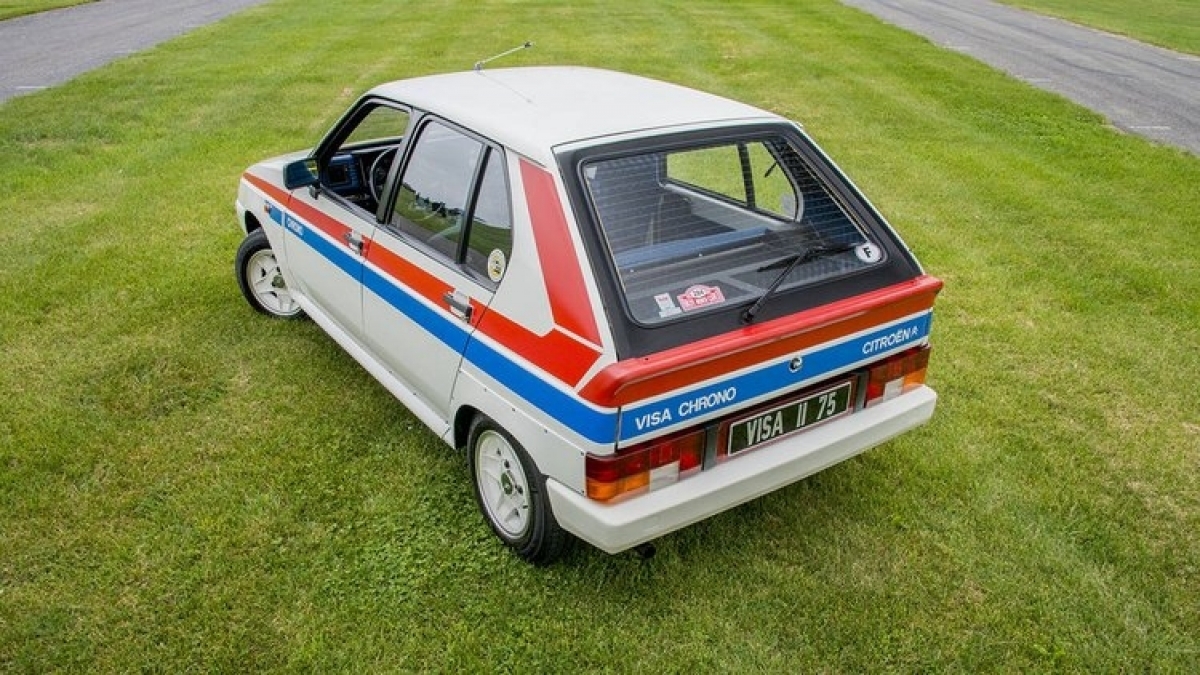 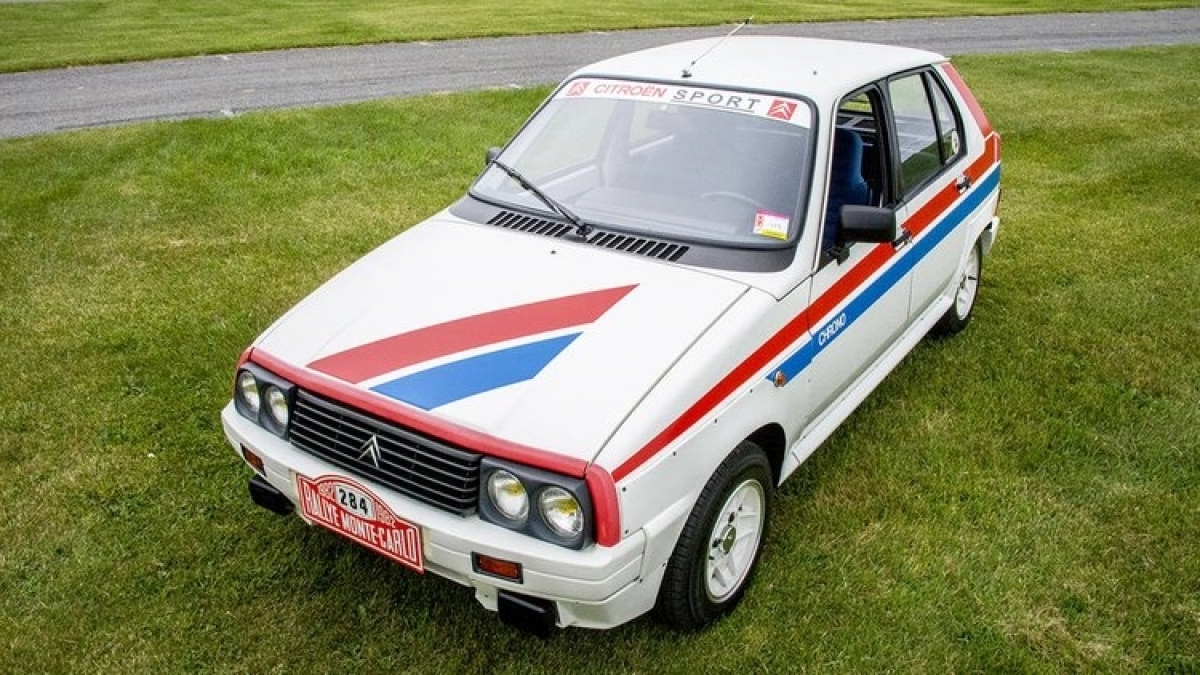 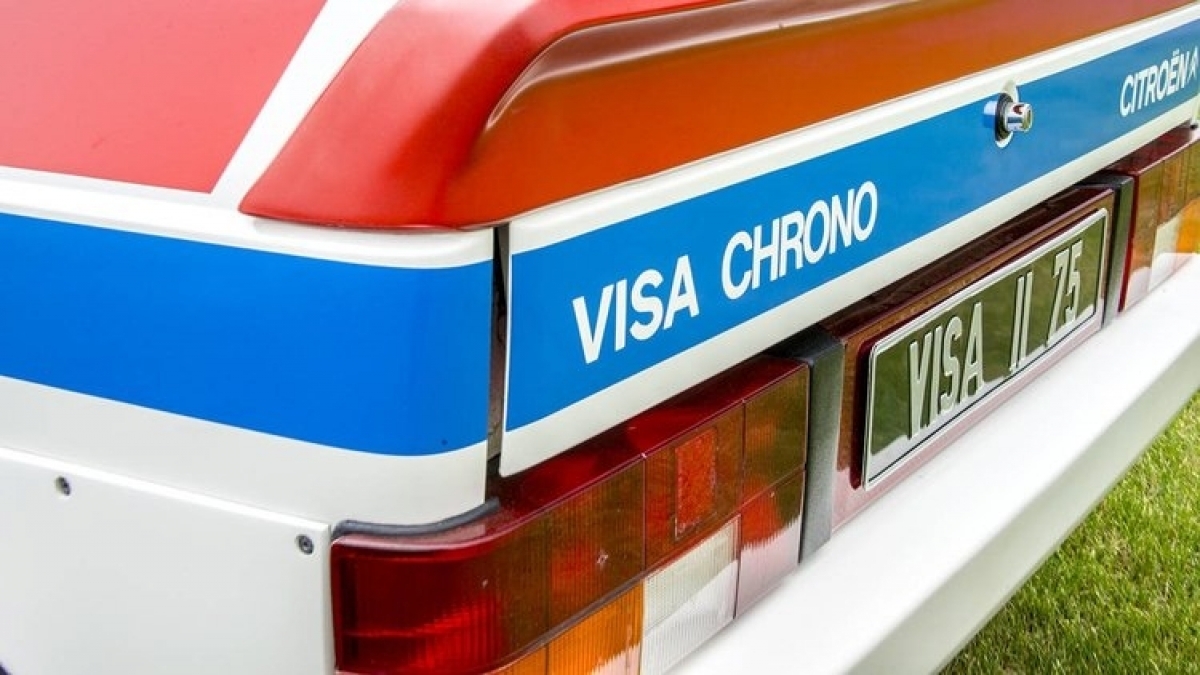 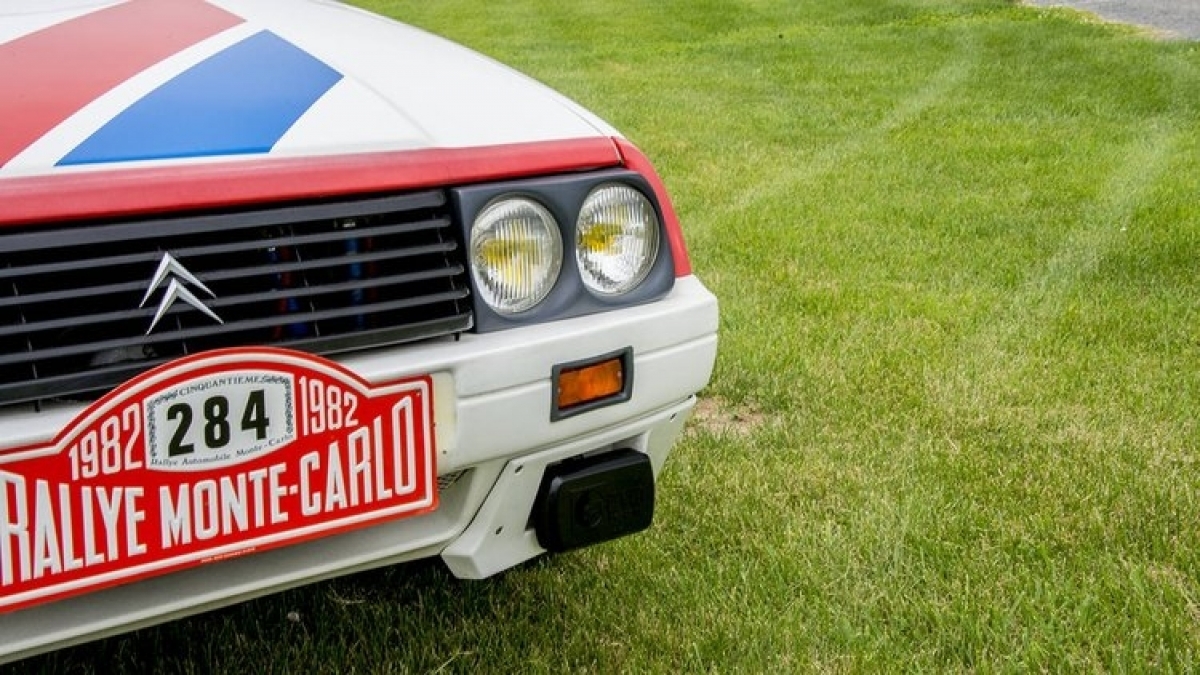 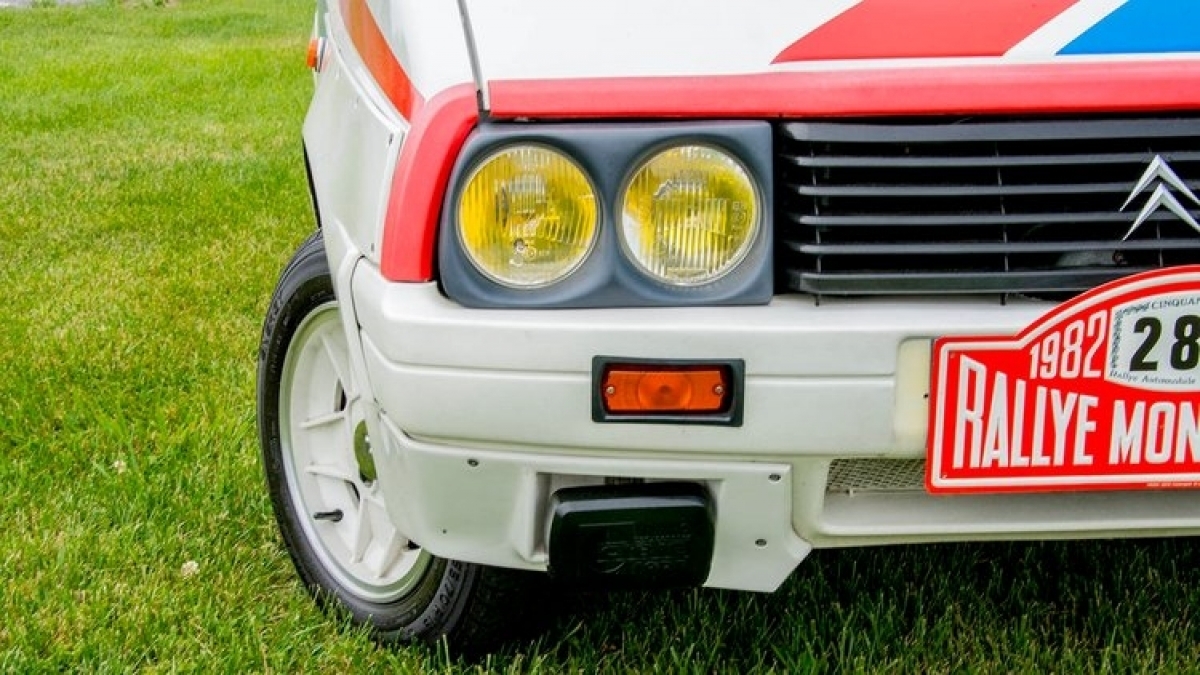 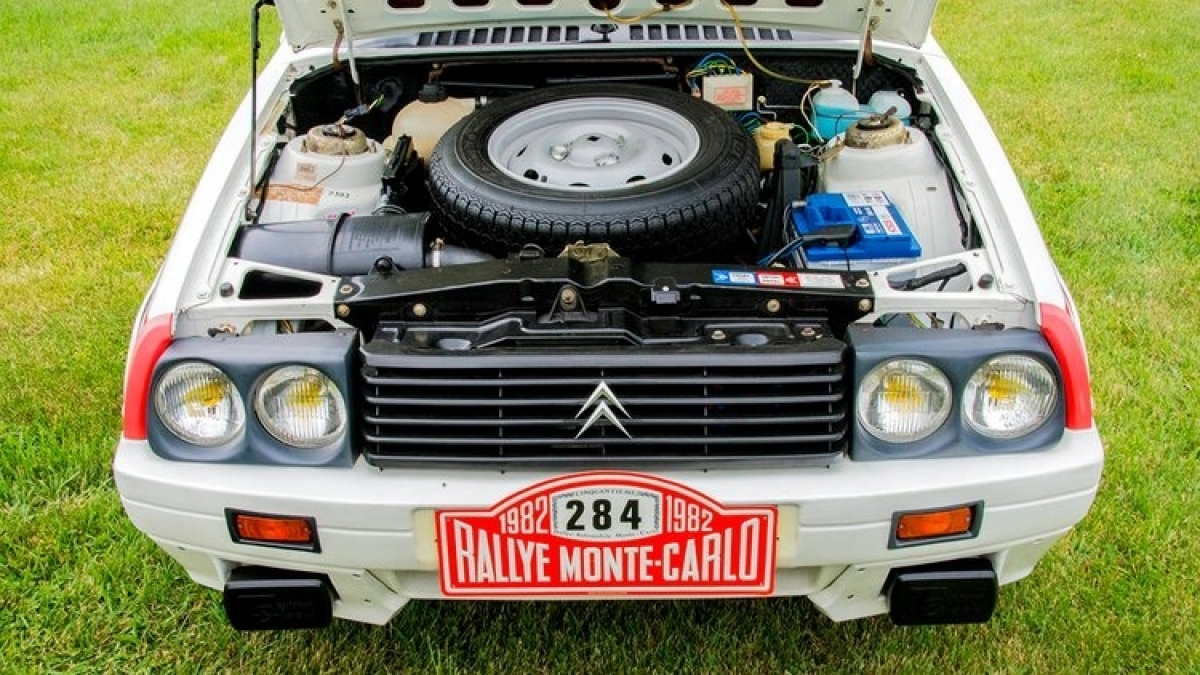 This Citroën Visa II Chrono is a one owner car (I am the second owner) purchased in the Netherlands. The car was kept as part of a large Citroen collection, hence, its approximately 12,000 original kilometers (7,500 miles). The car is in original condition with the exception of the rear bumper which was repainted as Waxoyl applied for rust proofing by the owner had discolored the paint. Before being shipped to the US, the car was serviced from top to bottom by André Pol of Citroën André. André checked every function to ensure that the car would live up to its legendary reliability and mechanical robustness. Upon arriving in the US on May 15, 2017, Les Woods (aka FrenchCarGuy) took care of the final details.
Produced for only 1982 and 1983, a total of 2,160 Visa Chronos were produced for the French market and 1,650 for export (Austria, Germany, Holland, Italy, Switzerland). The Chrono has an extensive racing history so between this, rust, and accidents, very few remain on the road. Cherished by hardcore Citroen sporting fans, in the last few years, the car has just started to be recognized as a collector item due to its rarity and racing heritage.
All Visa Chronos were white (Blanc Meije) with white Amil aluminum wheels. The cars had stripes in the flag colors of the country in which it was sold. The French and Dutch versions both had red and blue stripes. All the interiors were in blue fabric with racing seats and rally style dashboard gauges. The bodywork (e.g., spoilers, fender extensions) was the work of French coachbuilder Heuliez (Peugeot 205 Turbo 16, Renault 5 Turbo). French versions were each numbered on the driver’s door – Dutch models were not numbered.
The standard car has a 4 cylinder 1.360 cc engine with 93hp (export 80hp) and 5-speed. Not very much horsepower in the 21st Century but enough to be considered a “hot hatch” in the 1980s. Advertisements referred to the Visa Chrono as Un Monstre (A Monster). At only 850 kilos (1,874 pounds), it had a top speed of 173 km/h (108 mph) and 0 – 100 km/h (0 – 62 MPH) of 10.2 seconds (factory numbers). To put it into historical perspective, acceleration was faster than the 1983 BMW 320i (12.5), Audi Coupe GT (11.8), and Mercedes 190E (10.8).
The Visa Chrono had a successful racing career. For competition, the engine could be tuned for up to 145 hp. The Visa Chrono was engaged in Group B rallying including the Monte Carlo and Acropolis rallies until the all-wheel drive Visa Mille Pistes (200 produced) was introduced in 1984.

Coordinate drop off with owner. 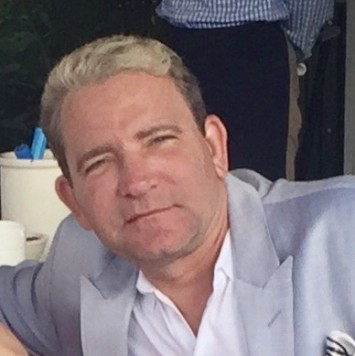 Verified:
Response Rate:
67%
brian's Garage
Continue Conversation
Reserve a Car
Create New
Contact owner
Pickup & return location
Verification
Your phone number
Invalid code, please try again
Your phone number
Thank you!
Phone number was verified successfully.
Smoking
Renters and their passengers are not permitted to smoke in any vehicle in the DriveShare marketplace. Violators are subject to fines and removal from the community.
Driving rental
Find some great roads and experience the car of your dreams from behind the wheel.
Chauffeured Rental
Do you want to be driven in an interesting car? This option is great for weddings or special events.
Event Rental
For non-driving uses like photo shoots and other static displays.
Security Deposit
DriveShare requires a security deposit before you may drive any car. The deposit will be used for any miscellaneous items that may pop up. Deposit amounts are set by each owner. Please refer to our Renter FAQ for additional information.
Weather Policy
Due to the uniqueness of the vehicles listed in the DriveShare marketplace, owners reserve the right to cancel a rental up to 48 hours prior to a rental due to pending inclement weather. Please refer to our Cancellation Policy for further details.
State/City Fees/Taxes
Delivery Fee
Optional: you can add a flat fee for pickup at an airport.
Delivery Fees
Delivery fee is calculated one way, so set the per-mile rate higher to accomodate your time for delivery and pick up.
Vehicle Availability
This car is only available to members of the clubs shown below. If you are already a member, click "Validate membership". If you want to become a member, clicking "Join" will bring you to the club's sign up page. Additional club fees may apply.
Verification!
We cannot validate your membership, as your email is not verified. Please verify your email address.
User authorization
Not a member yet? Sign Up Now!
Warning
Login with Facebook is temporarily unavailable. Please login using your email and password. If you do not know your password, please use "" link on login screen.
Password recovery
Password recovery
Password recovery success.
Please check your email.
Password recovery
Password recovery failed.
Such user does not registered.
Newsletter signing
Thank you for signing up for the DriveShare newsletter.
Be on the lookout for updates, featured cars and exciting events in your area!