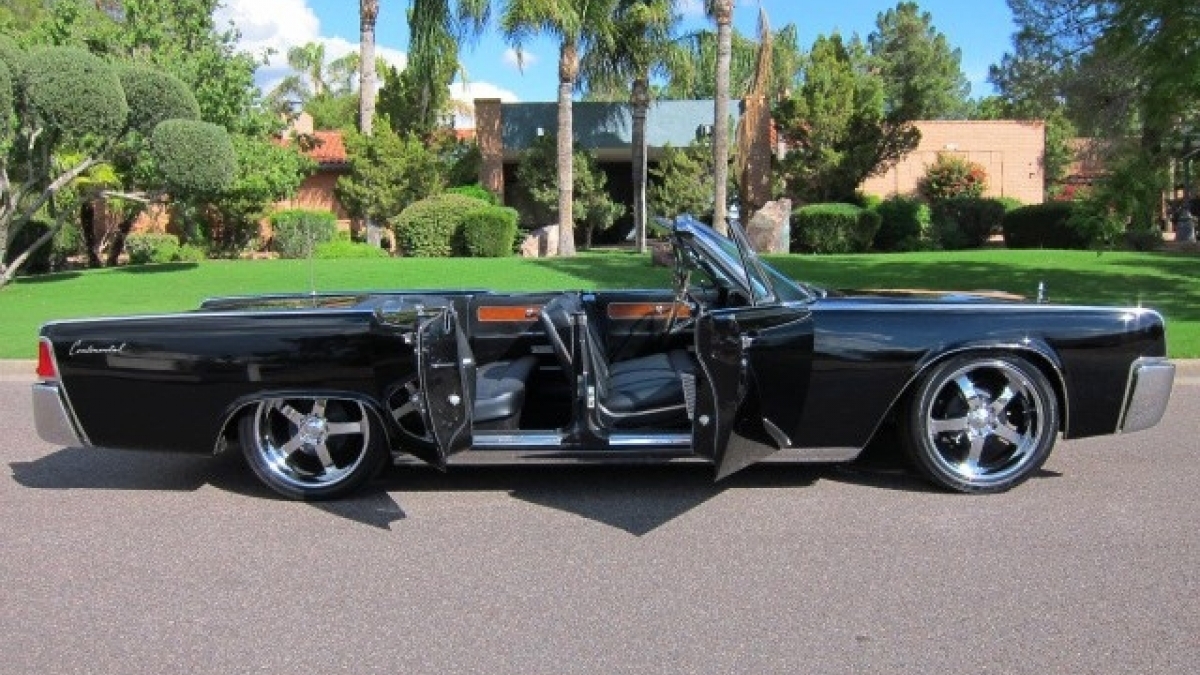 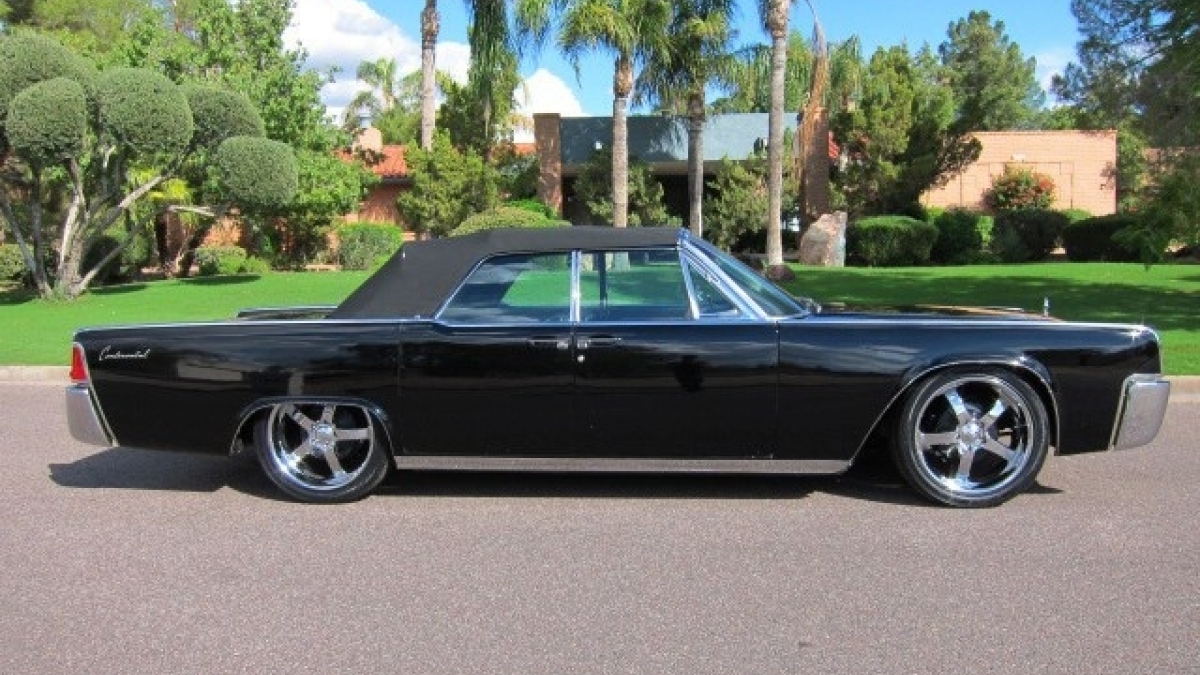 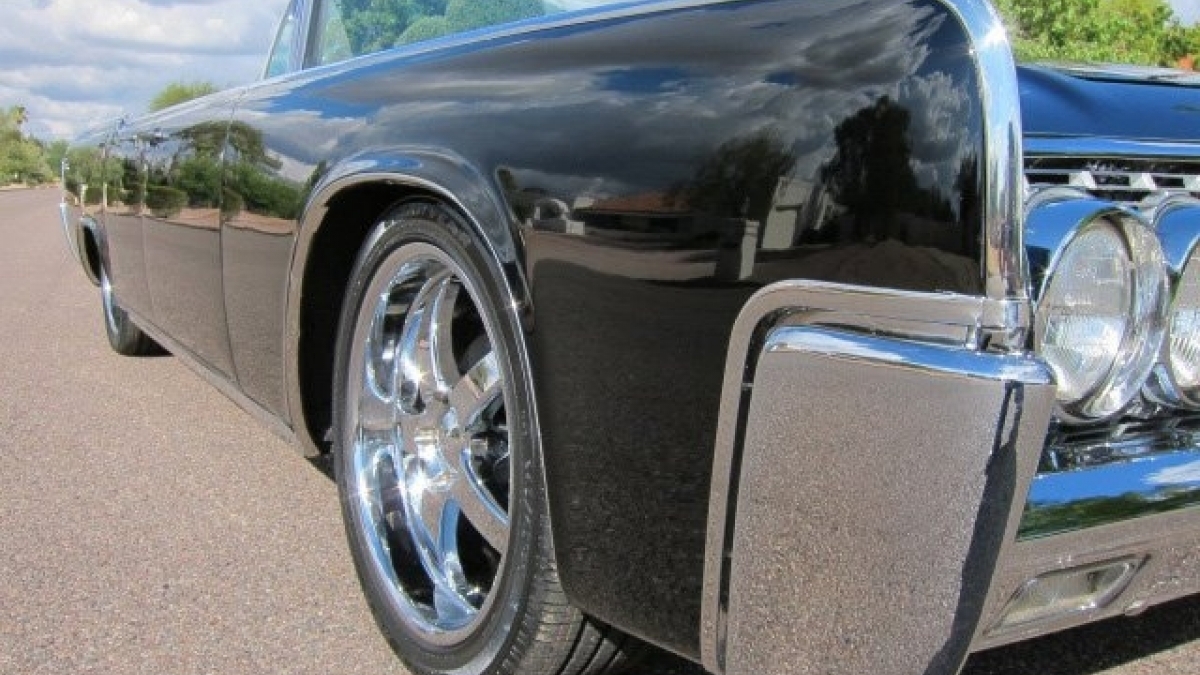 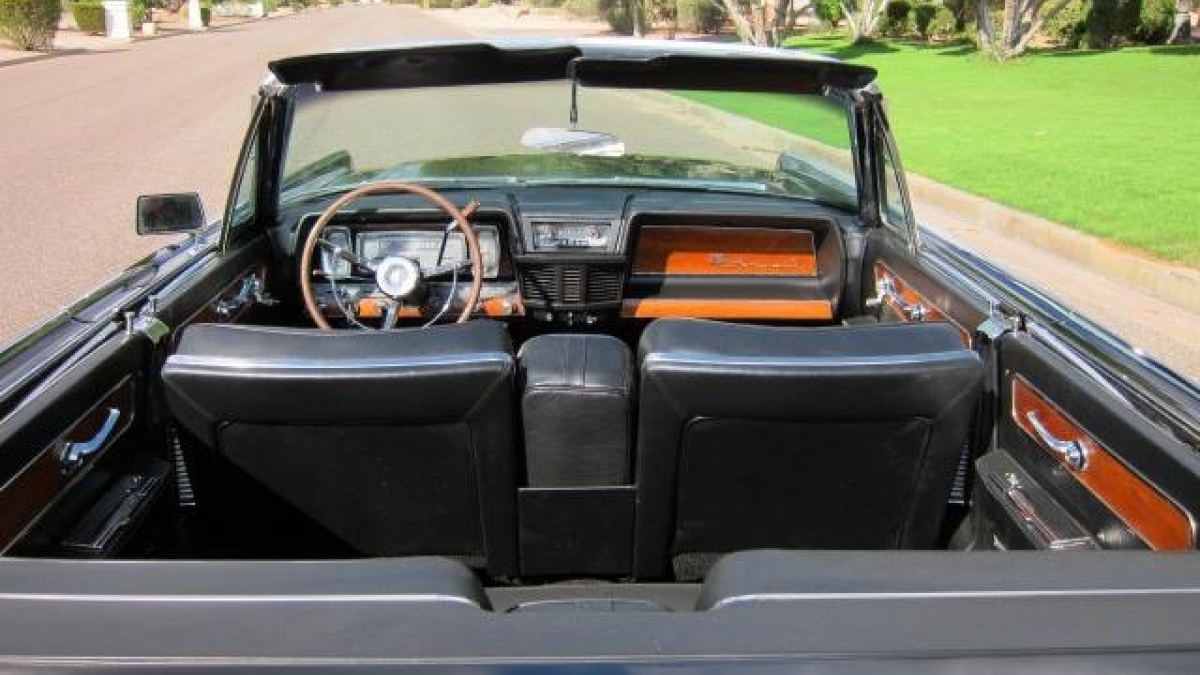 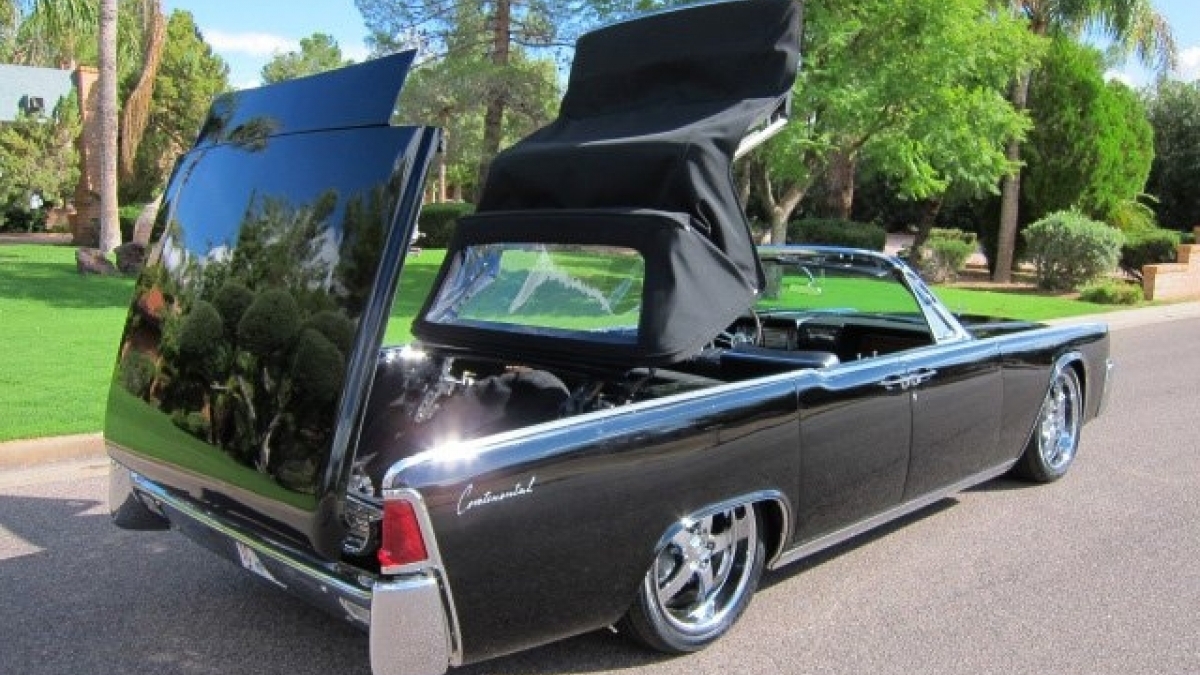 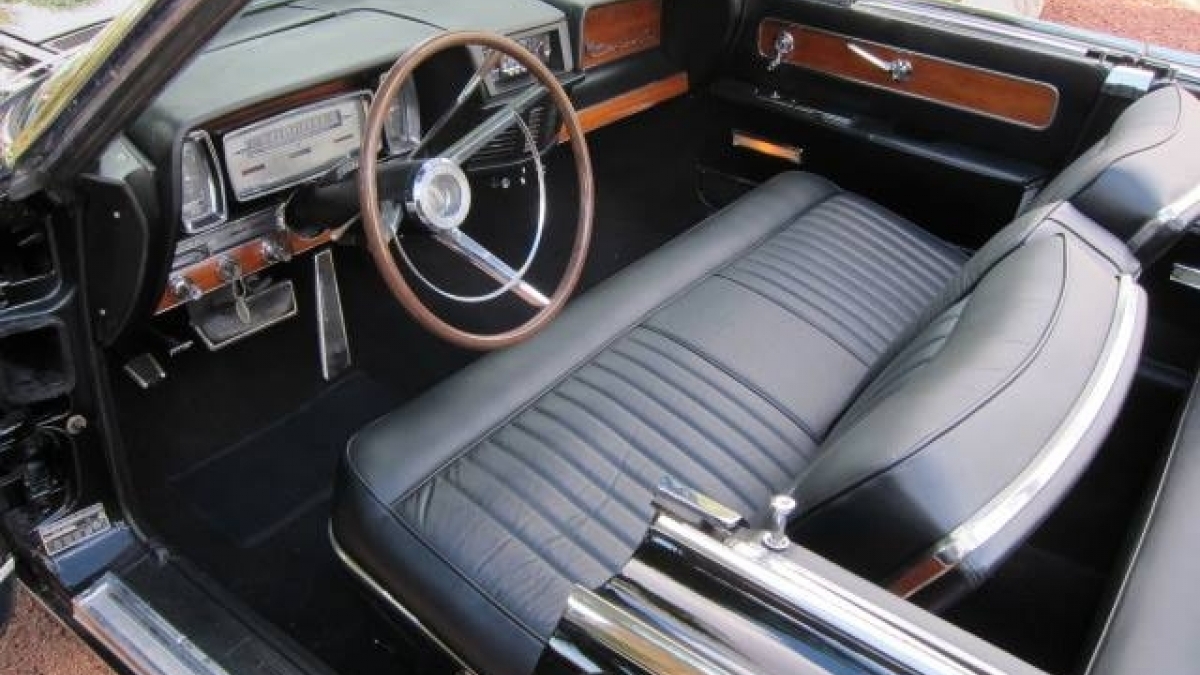 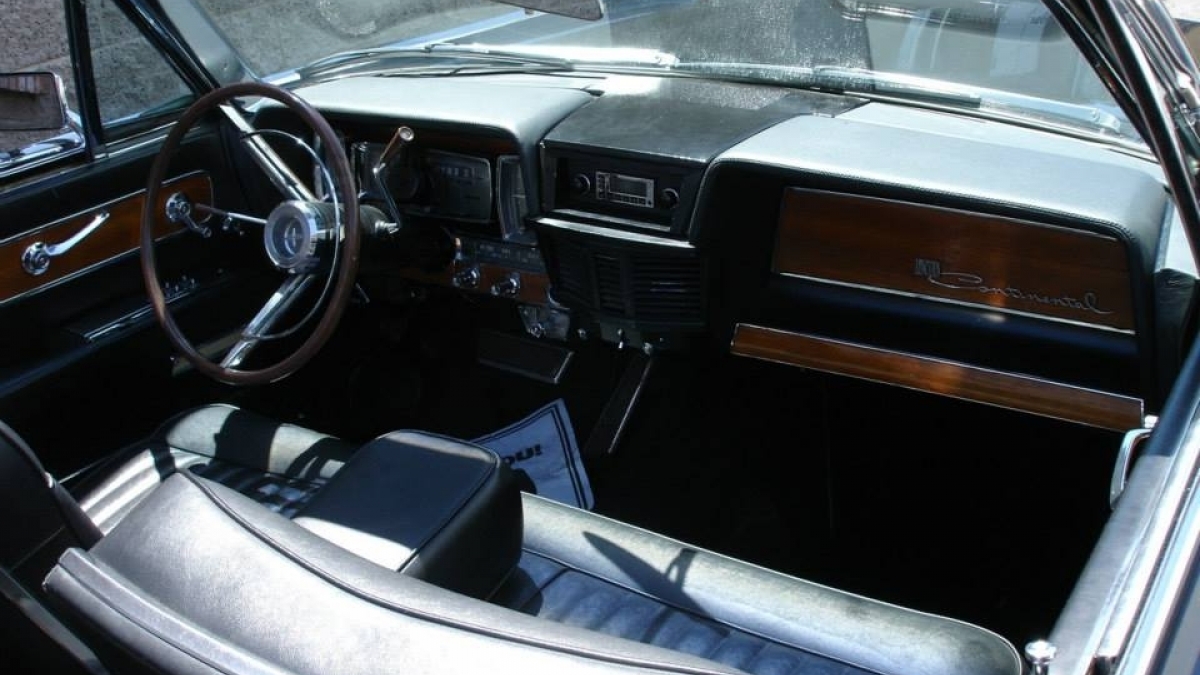 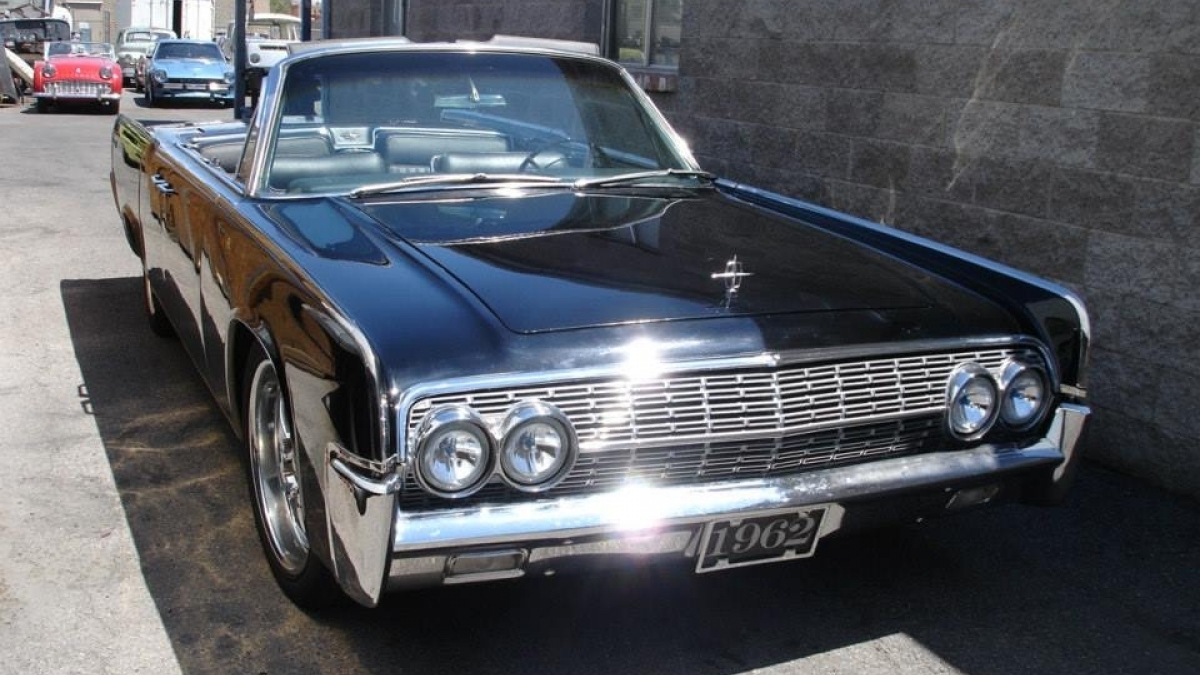 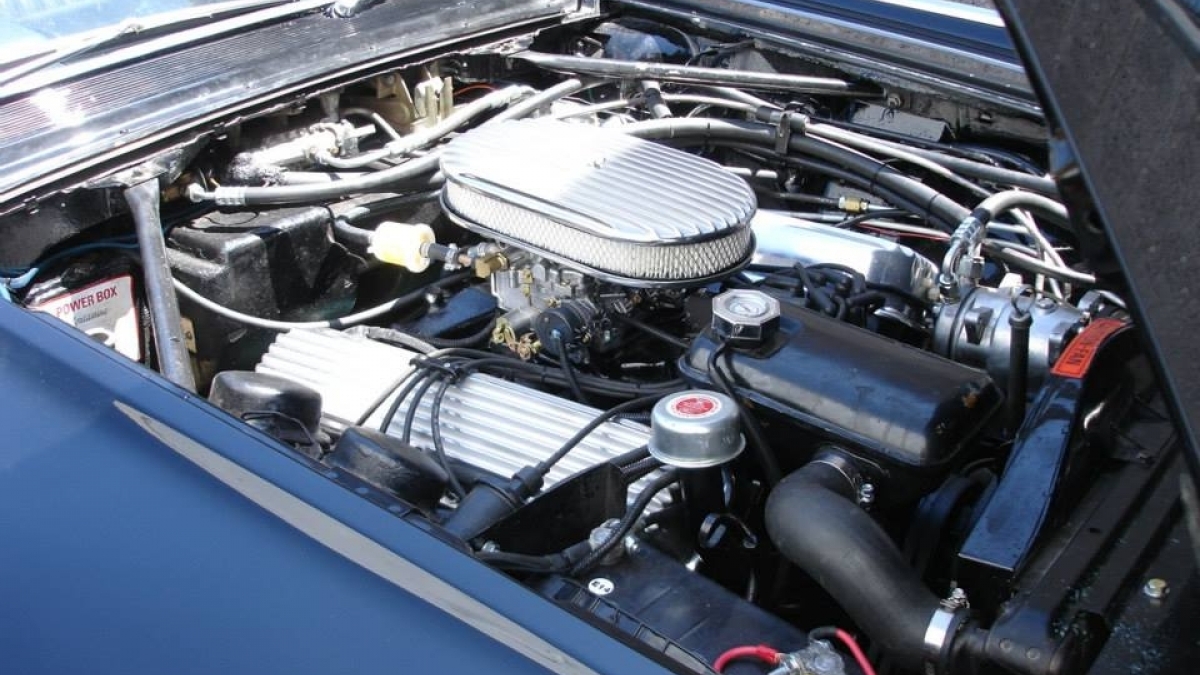 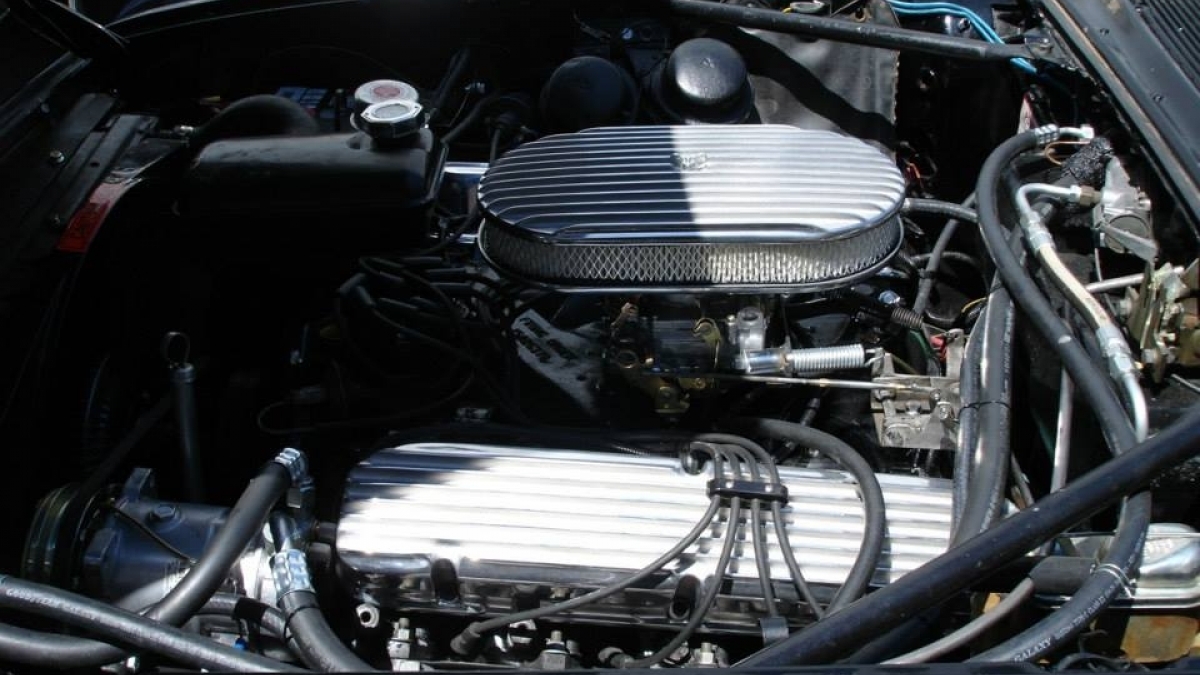 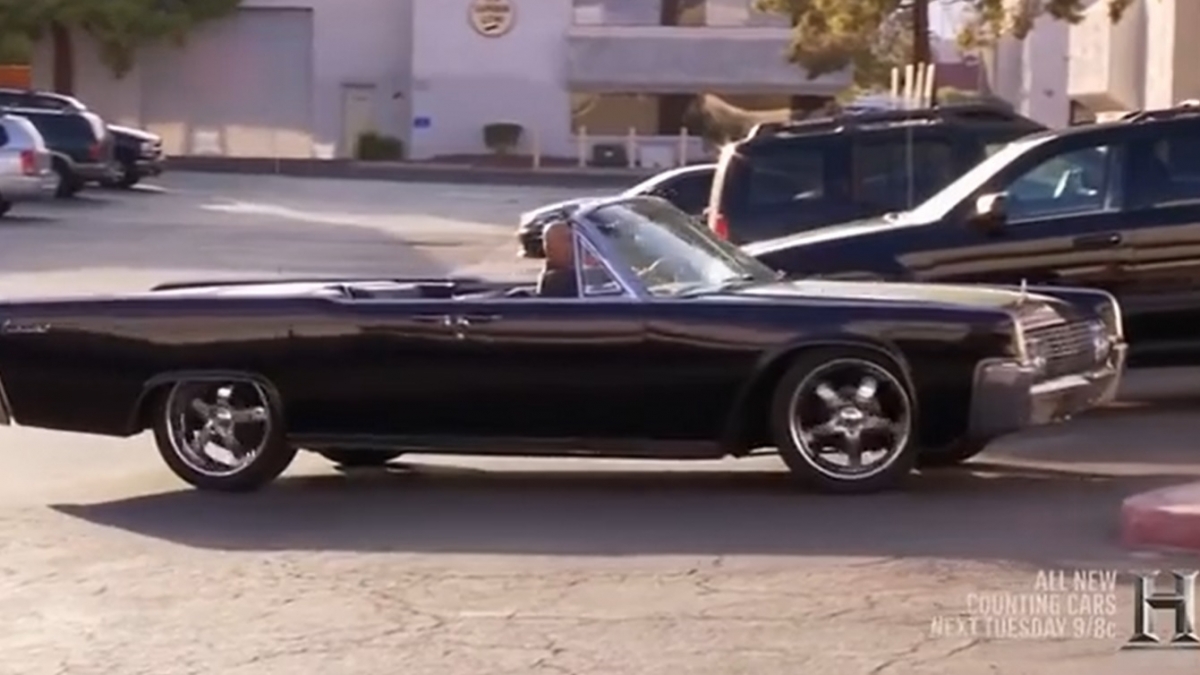 As seen in Entourage and many films and shows (this specific car was on Counting Cars Season 5 Episode 5, on the History Channel). Also known for being President John F. Kennedy's limousine of choice, and the car he was tragically assassinated in (also a 1962).
The last American 4 door convertible, and one of the only in the world. The top is power/automatic, and hides away in the trunk. The windows are also automatic and fully functional.

This is truly a luxury car ahead of its time. Powered by a massive original 430 cubic inch V8 (7.0 liter) it is very smooth and floats down the road effortlessly (fully rebuilt engine and transmission). It goes without saying it is one of the most beautiful, timeless, and rare classic luxury cars ever made.

Triple black, perfect for weddings, photo shoots, films, shows, or any occasion! Don't settle for less when considering renting a classic luxury car. This '62 LCC will definitely make a statement!

Note: Vehicle wasn't equipped with seat belts as part of its original equipment and is, therefore, exempt from seat belt laws. Seat belts were added to the front driver and passenger seats. No other seat belts in the car.

Miguel's Garage
Continue Conversation
Reserve a Car
Create New
Contact owner
Pickup & return location
Verification
Your phone number
Invalid code, please try again
Your phone number
Thank you!
Phone number was verified successfully.
Smoking
Renters and their passengers are not permitted to smoke in any vehicle in the DriveShare marketplace. Violators are subject to fines and removal from the community.
Driving rental
Find some great roads and experience the car of your dreams from behind the wheel.
Chauffeured Rental
Do you want to be driven in an interesting car? This option is great for weddings or special events.
Event Rental
For non-driving uses like photo shoots and other static displays.
Security Deposit
DriveShare requires a security deposit before you may drive any car. The deposit will be used for any miscellaneous items that may pop up. Deposit amounts are set by each owner. Please refer to our Renter FAQ for additional information.
Weather Policy
Due to the uniqueness of the vehicles listed in the DriveShare marketplace, owners reserve the right to cancel a rental up to 48 hours prior to a rental due to pending inclement weather. Please refer to our Cancellation Policy for further details.
State/City Fees/Taxes
Delivery Fee
Optional: you can add a flat fee for pickup at an airport.
Delivery Fees
Delivery fee is calculated one way, so set the per-mile rate higher to accomodate your time for delivery and pick up.
Vehicle Availability
This car is only available to members of the clubs shown below. If you are already a member, click "Validate membership". If you want to become a member, clicking "Join" will bring you to the club's sign up page. Additional club fees may apply.
Verification!
We cannot validate your membership, as your email is not verified. Please verify your email address.
User authorization
Not a member yet? Sign Up Now!
Warning
Login with Facebook is temporarily unavailable. Please login using your email and password. If you do not know your password, please use "" link on login screen.
Password recovery
Password recovery
Password recovery success.
Please check your email.
Password recovery
Password recovery failed.
Such user does not registered.
Newsletter signing
Thank you for signing up for the DriveShare newsletter.
Be on the lookout for updates, featured cars and exciting events in your area!