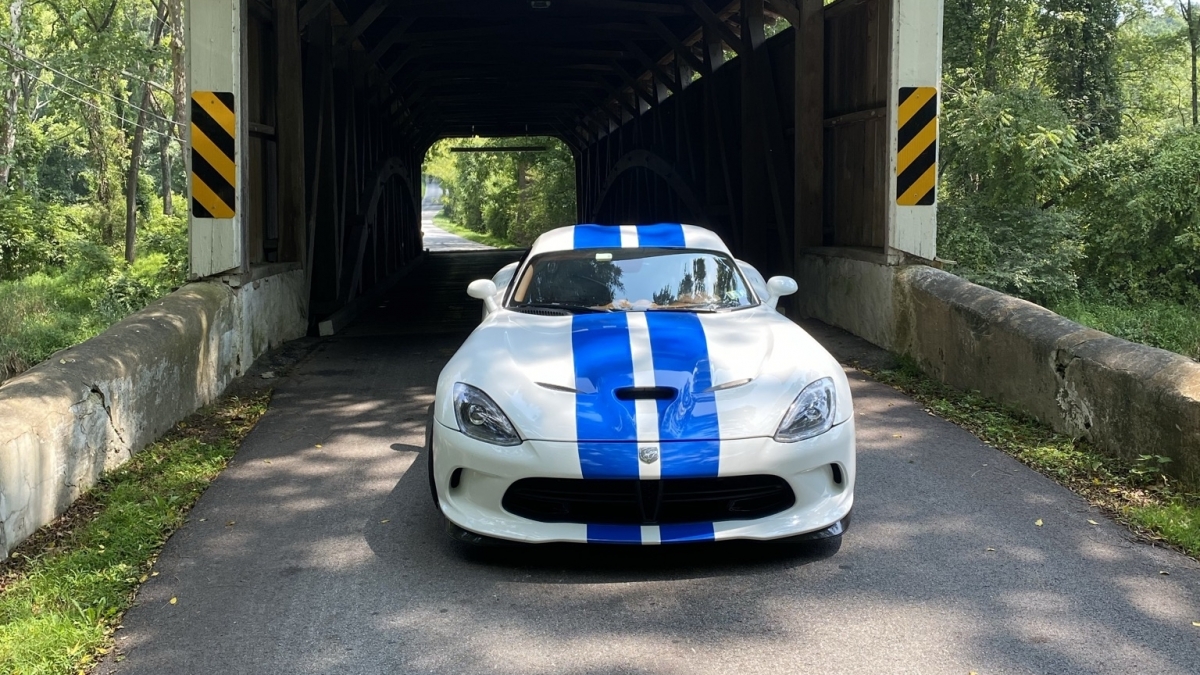 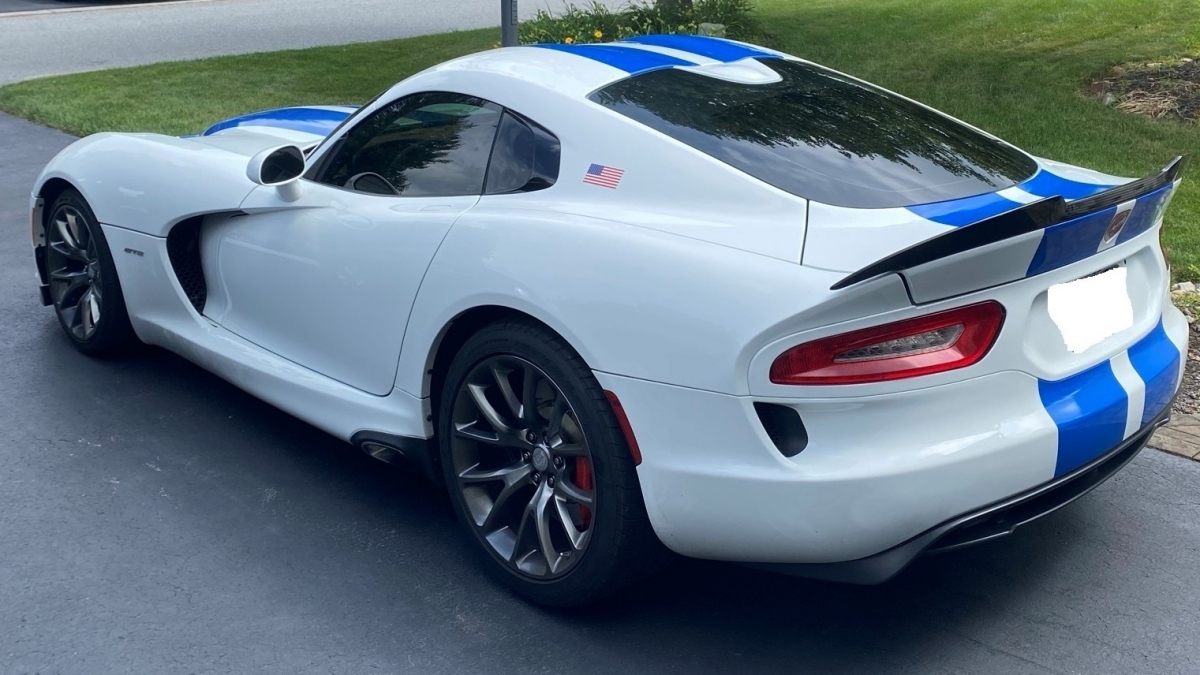 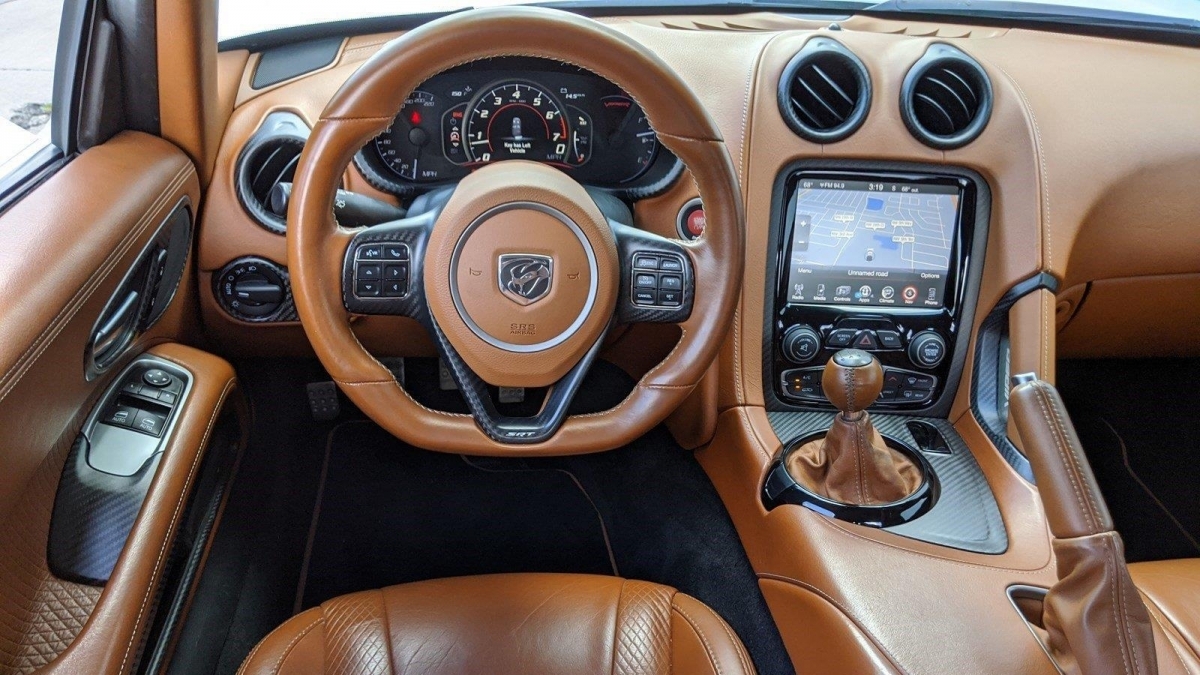 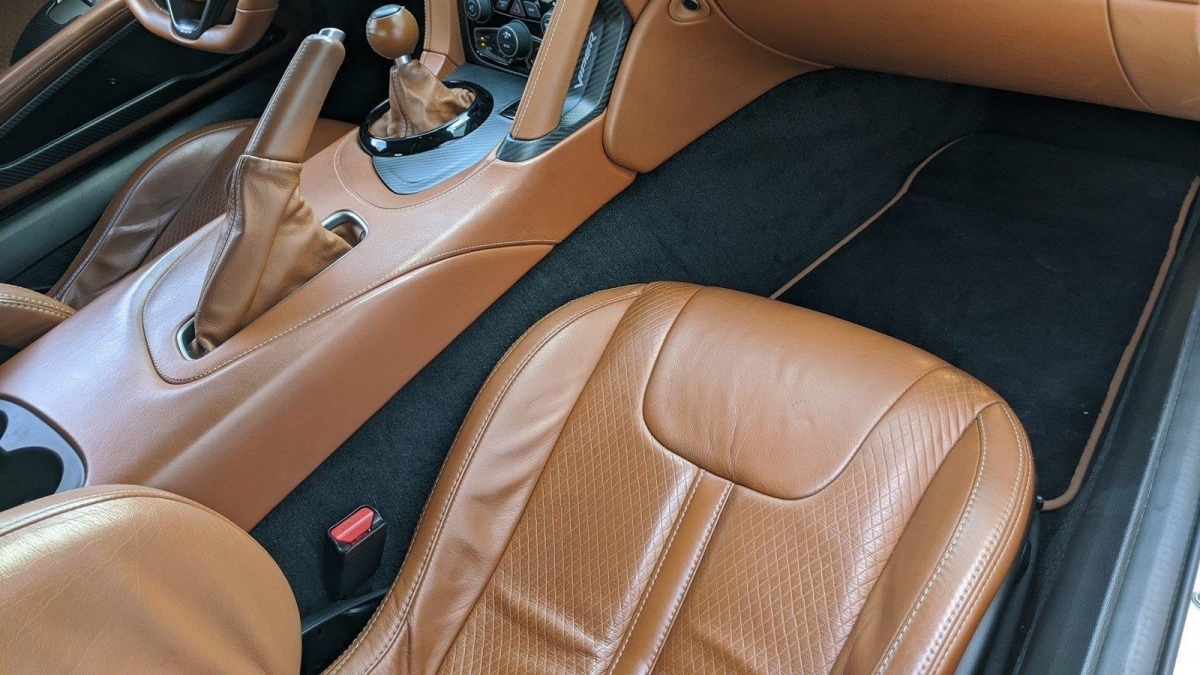 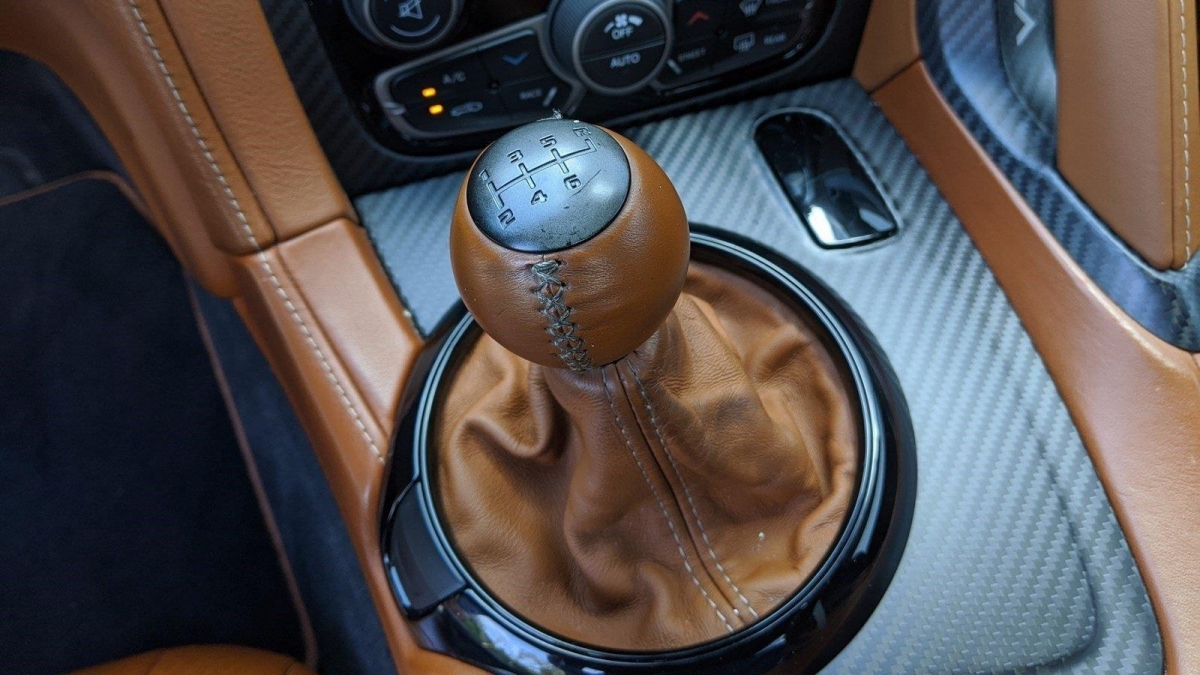 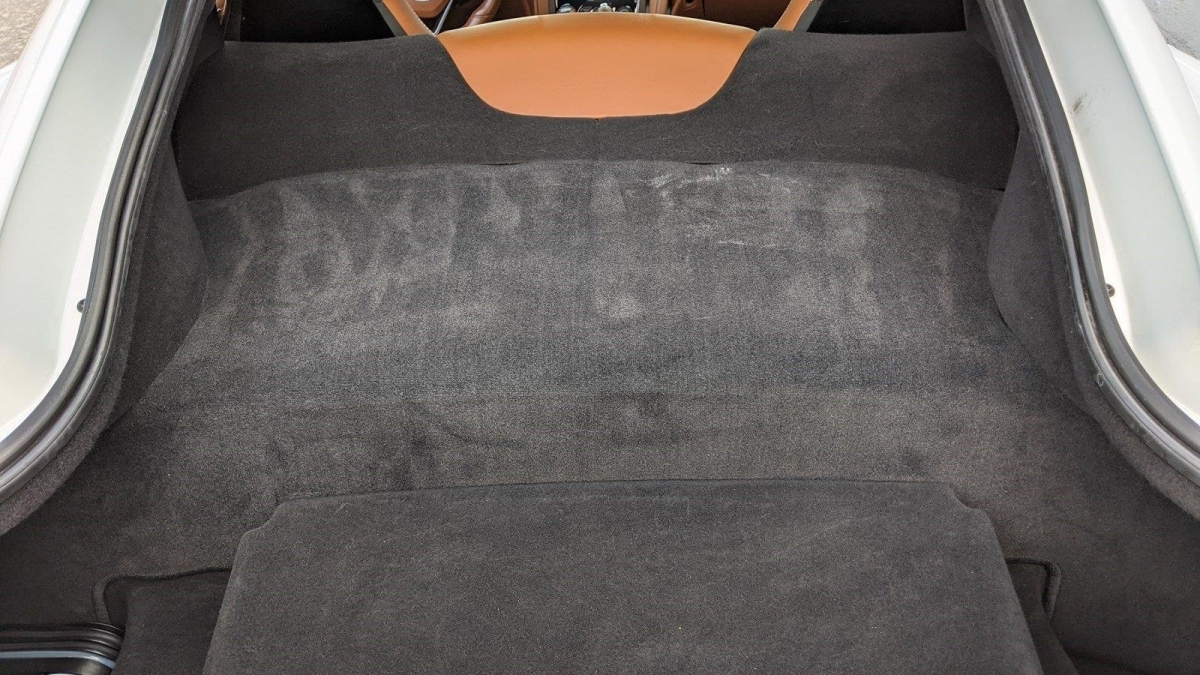 The Dodge Viper came back to the streets as the "SRT Viper". Yet this latest model is still the Dodge sportscar that is an unfiltered, raw driving experience. In the past it's had a bad-boy reputation as less controllable than sportscars, but in its current form the Viper's become almost genteel. From the factory this White Viper is finished as a T/A with added blue racing stripes. This means it was bred for the track with a focus on lap times over everything else, the Viper is a slightly sharper, less forgiving version of the standard model, making this car blistering fast.

Under the hood of the Viper you'll find a 640-horsepower, 600-pound-foot 8.4-liter V-10 beast of an engine driving the rear wheels. It delivers the most torque of any normally aspirated sports car engine in the world, and the performance reflects that: 0-60 mph runs come in the low-three-second range; quarter miles fly by in the low 11s; 0-100-0 mph takes less than 12 seconds; top speed is 200 mph. This car is fitted with the standard six-speed manual. (Not sure when you would use the two upper gears)

The supercar game is not all about straight-line performance, however, and the Viper shines when it's time to turn, too. This latest Viper is the first to be equipped with stability and traction control, and fortunately, they're not the eviscerating systems of old. In fact, even in fully-engaged mode, the system allows for yaw and slip angles suitable to spirited track-day antics.

With an all-new look that still unequivocally says "Viper," the 2014 SRT Viper looks as brutal and extreme as it drives.

Swollen fenders mark the boundaries of the swooping, curving, vented shape. A long, low hood and slightly bulbous canopy give the 2014 Viper classic proportions, but the details are all 21st-Century stuff, inspired by racing, just as the car itself is.

This Car is finished as a GTS models which means you will be fitted with Nappa leather and Alcantara inserts give a luxurious look, with carbon fiber accents throughout.

Verified:
srt's Garage
Continue Conversation
Reserve a Car
Create New
Contact owner
Pickup & return location
Verification
Your phone number
Invalid code, please try again
Your phone number
Thank you!
Phone number was verified successfully.
Smoking
Renters and their passengers are not permitted to smoke in any vehicle in the DriveShare marketplace. Violators are subject to fines and removal from the community.
Driving rental
Find some great roads and experience the car of your dreams from behind the wheel.
Chauffeured Rental
Do you want to be driven in an interesting car? This option is great for weddings or special events.
Event Rental
For non-driving uses like photo shoots and other static displays.
Security Deposit
DriveShare requires a security deposit before you may drive any car. The deposit will be used for any miscellaneous items that may pop up. Deposit amounts are set by each owner. Please refer to our Renter FAQ for additional information.
Weather Policy
Due to the uniqueness of the vehicles listed in the DriveShare marketplace, owners reserve the right to cancel a rental up to 48 hours prior to a rental due to pending inclement weather. Please refer to our Cancellation Policy for further details.
State/City Fees/Taxes
Delivery Fee
Optional: you can add a flat fee for pickup at an airport.
Delivery Fees
Delivery fee is calculated one way, so set the per-mile rate higher to accomodate your time for delivery and pick up.
Vehicle Availability
This car is only available to members of the clubs shown below. If you are already a member, click "Validate membership". If you want to become a member, clicking "Join" will bring you to the club's sign up page. Additional club fees may apply.
Verification!
We cannot validate your membership, as your email is not verified. Please verify your email address.
User authorization
Not a member yet? Sign Up Now!
Warning
Login with Facebook is temporarily unavailable. Please login using your email and password. If you do not know your password, please use "" link on login screen.
Password recovery
Password recovery
Password recovery success.
Please check your email.
Password recovery
Password recovery failed.
Such user does not registered.
Newsletter signing
Thank you for signing up for the DriveShare newsletter.
Be on the lookout for updates, featured cars and exciting events in your area!