If you want to rent a modern or classic sports car, check out the listings below or search for a car near you.

DriveShare is the place to rent the kind of cars you actually want to drive. With everything from a classic Porsche 911 to a modern Chevrolet Corvette available for rent, you can take every occasion up a notch. We’re talking weddings, anniversaries, birthdays, getaways, photoshoots, weekend drives, city tours and so much more. And with three ways to rent — you can drive, you can be chauffeured or the car can be displayed for events — you can craft the exact experience you’re looking for. Thinking of buying? DriveShare is the perfect way to try out your dream car first.

Celbrate the love of sports cars care-free knowing you are covered with DriveShare. Each rental booked through DriveShare includes exceptional insurance that protects the car for the entire rental period, and premium roadside assistance has your back the entire time. 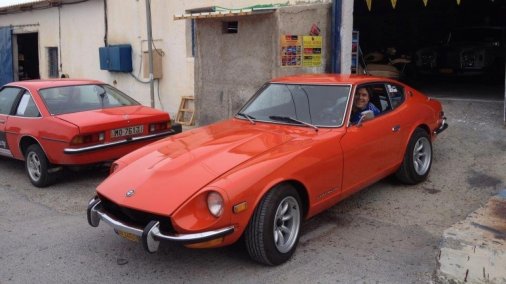 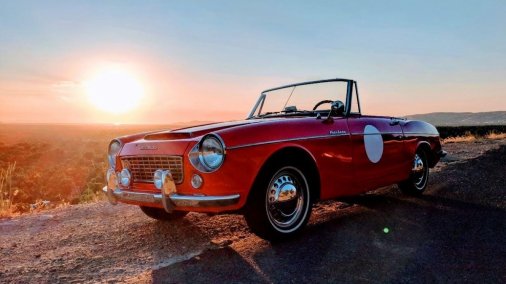 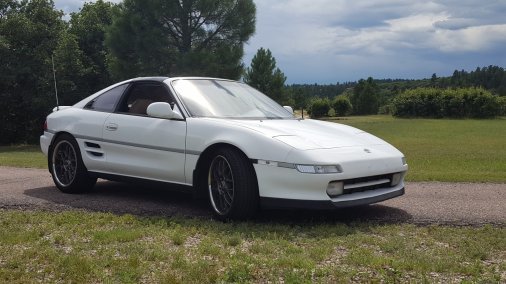 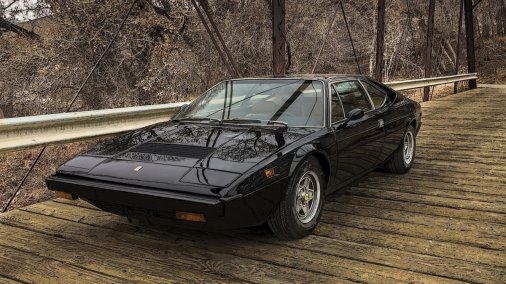 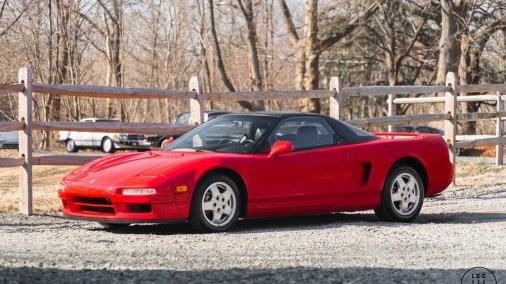 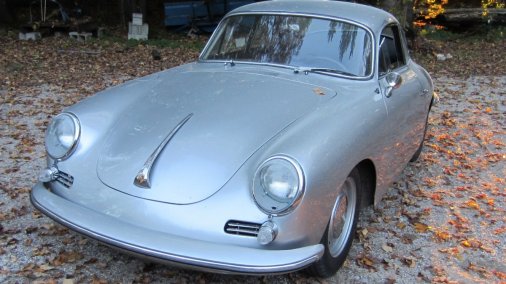 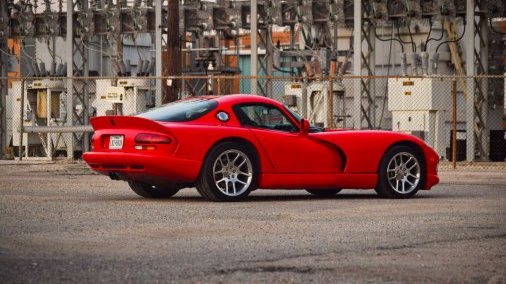 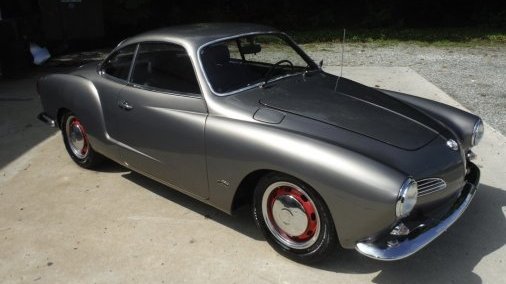 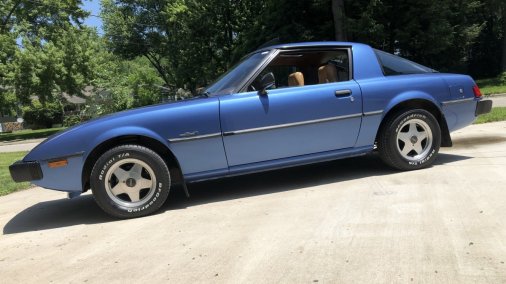 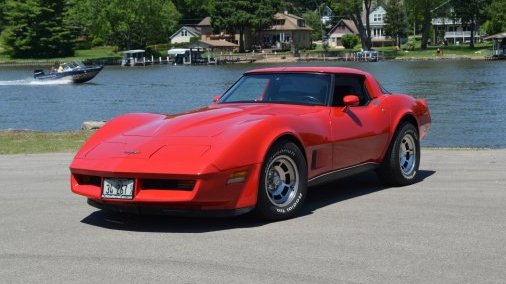 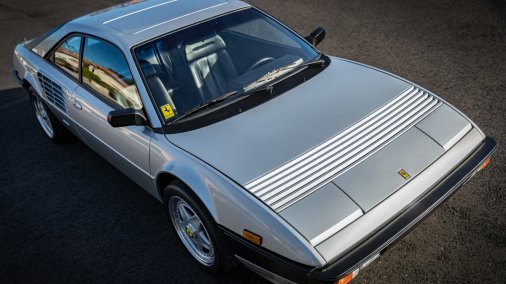 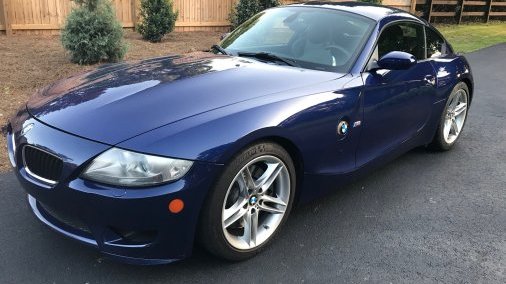 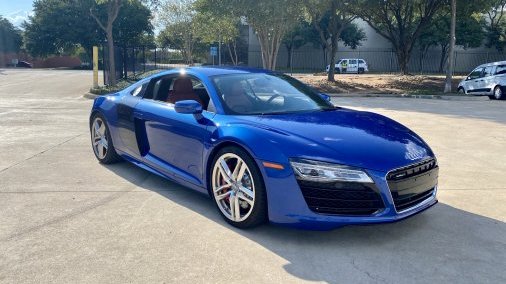 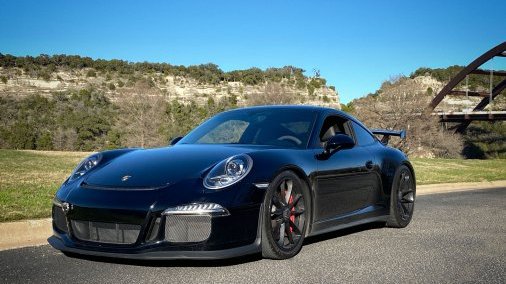 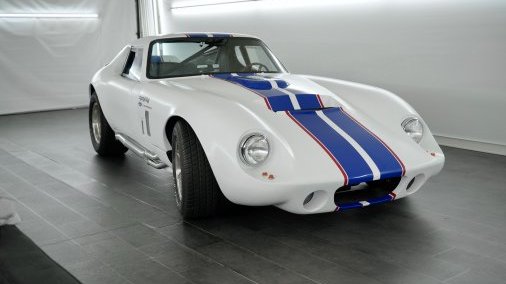 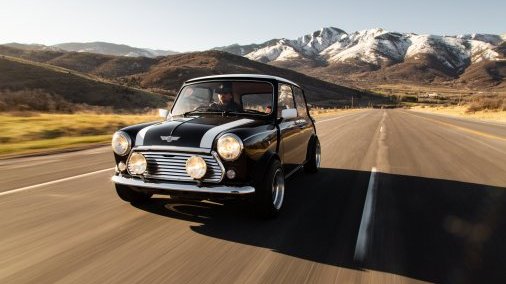 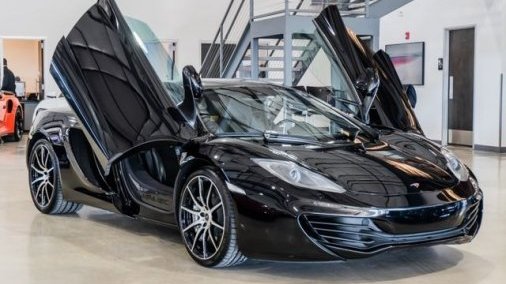 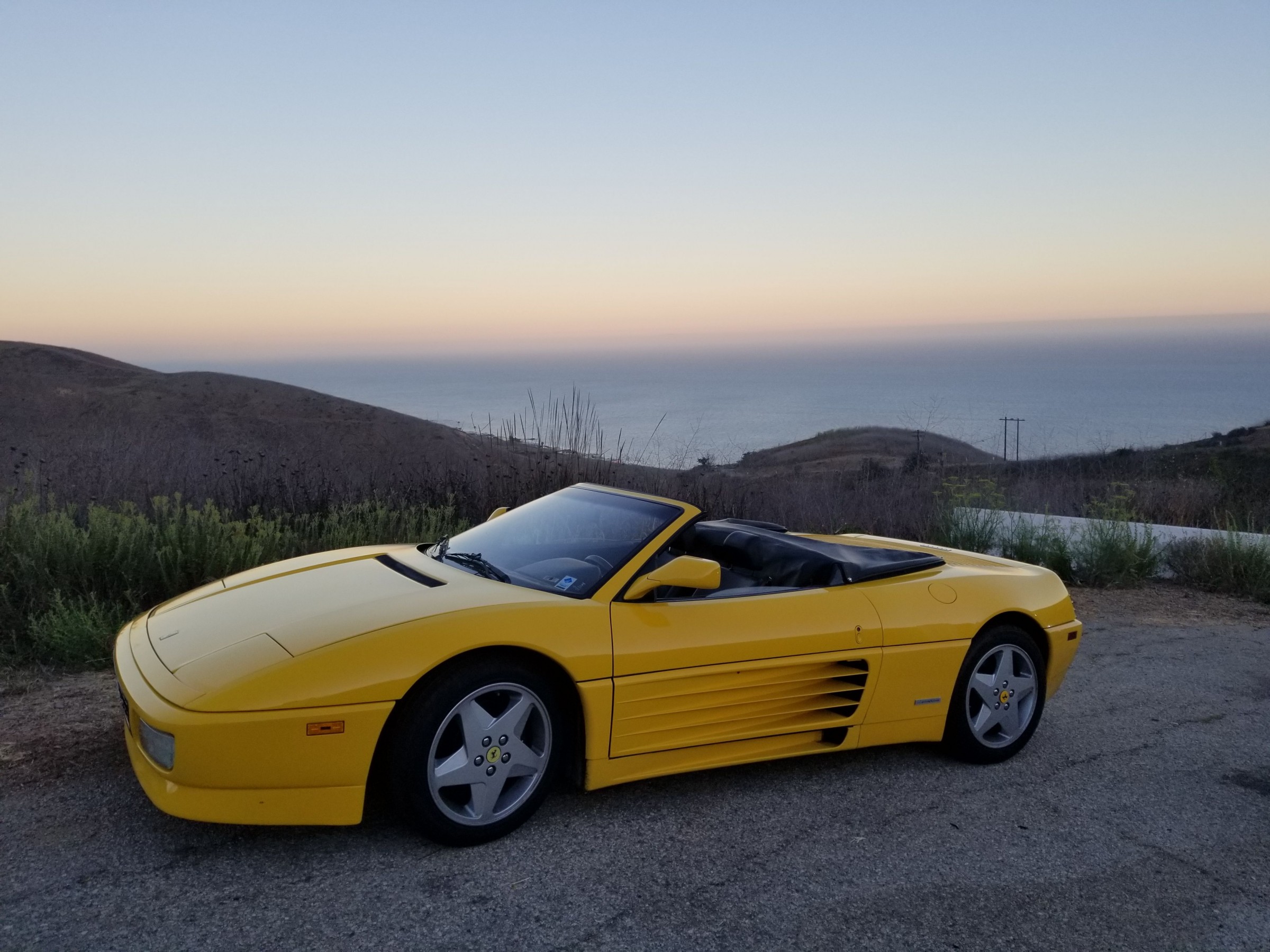 Had a lot of fun with this Yellow Ferrari Spider. drove up the canyon and went to PCH, car gets a lot of attention.
Owner is very helpful and made renting, picking up the car, and dropping it off a breeze. Would definitely like to rent this car again, I am starting to miss it as I write this review.
Melissa Connell

What an amazing Ride! I rented this for my husband's 40th birthday. He has always loved Porsches but hasn't ever gotten to drive one. This ride did not disappoint. I opted to have the car driven to our home were I could surprise my husband with the ride. Russ gave him a test drive and explained the nuances of the car before we headed out. We spend the afternoon driving along the lake in Chicago. It was such an amazing and out of the ordinary experience. My husband was so surprised and absolutely loved being able to drive such a special and powerful car. He's still talking about it a week later and I know he will be for many years to come. I recommend this to anyone for special occasion or who is looking for a very special car driving experience. Thank you for making your car available to make this happen Russ!!
Kai Perez 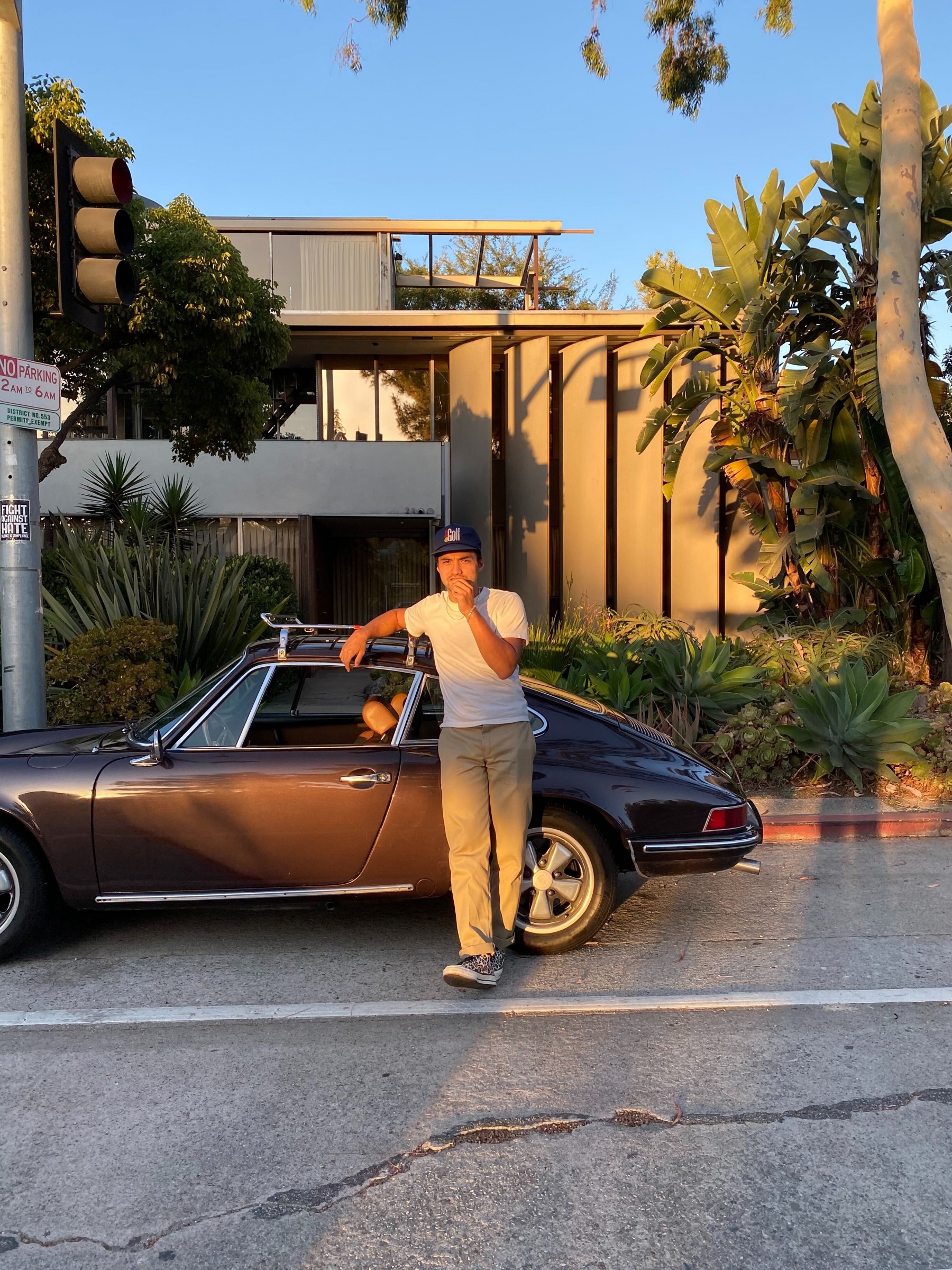 Christine and her Porsche 912 affectionately nicknamed "Root Beer" were both absolutely pleasant! We took "Root Beer" for a drive up PCH and truly stepped back in time to 1969.

The light steering, mechanical rasp of the flat 4, and satisfying shifts of the dog-leg gear box made for a memorable experience, vintage motoring at its best!
DRIES HUYBRECHTS 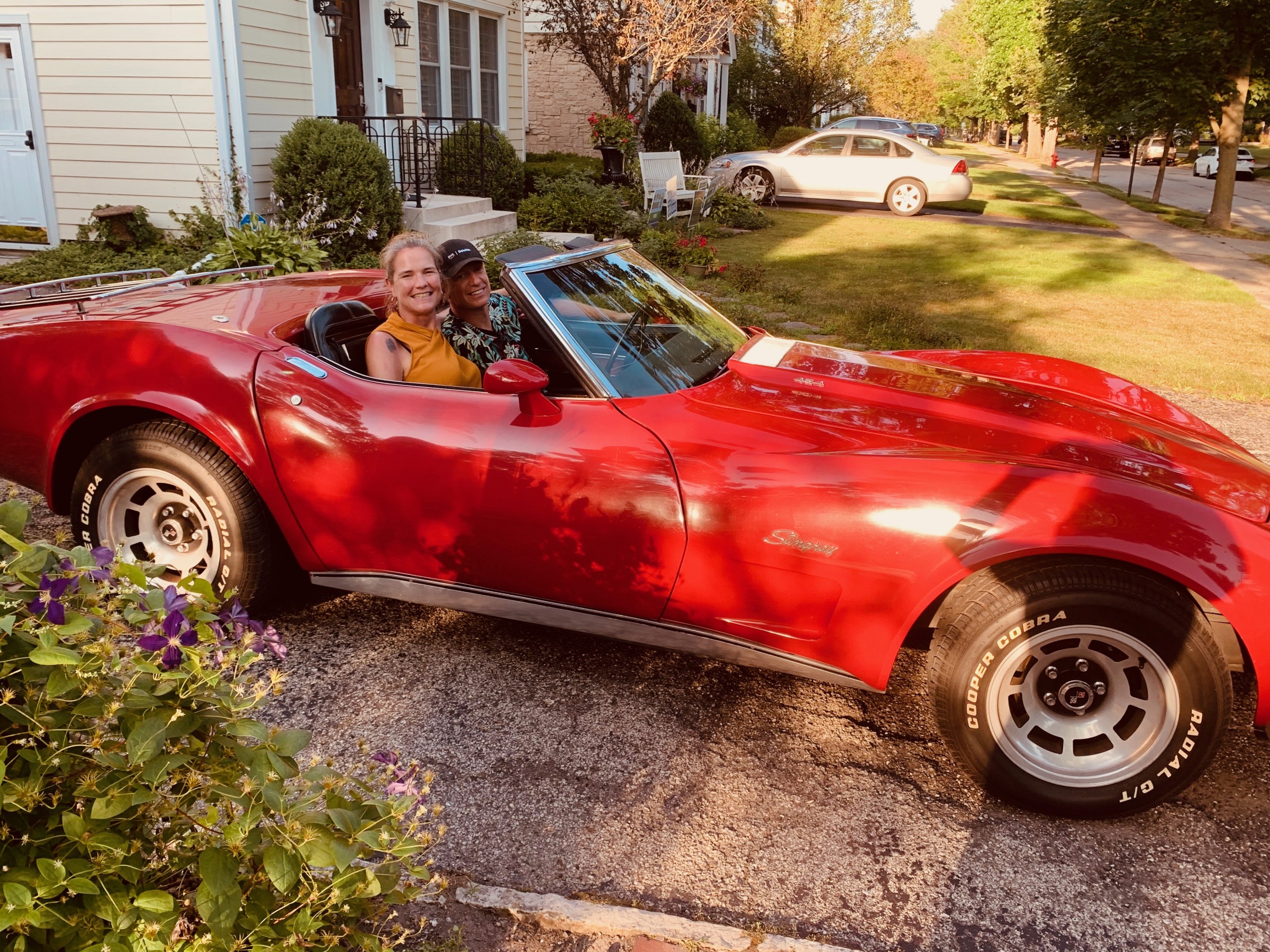 Russ really has a passion for his cars - It was easy to rent and communicate before the rental with him. When arrived the car was ready and he explained everything and let us do a quick test drive and off we went.
We had amazing day and many people while on the road made a shoutout how nice the car looks!
Really recommend renting from Russ.
Franklyn DAntonio 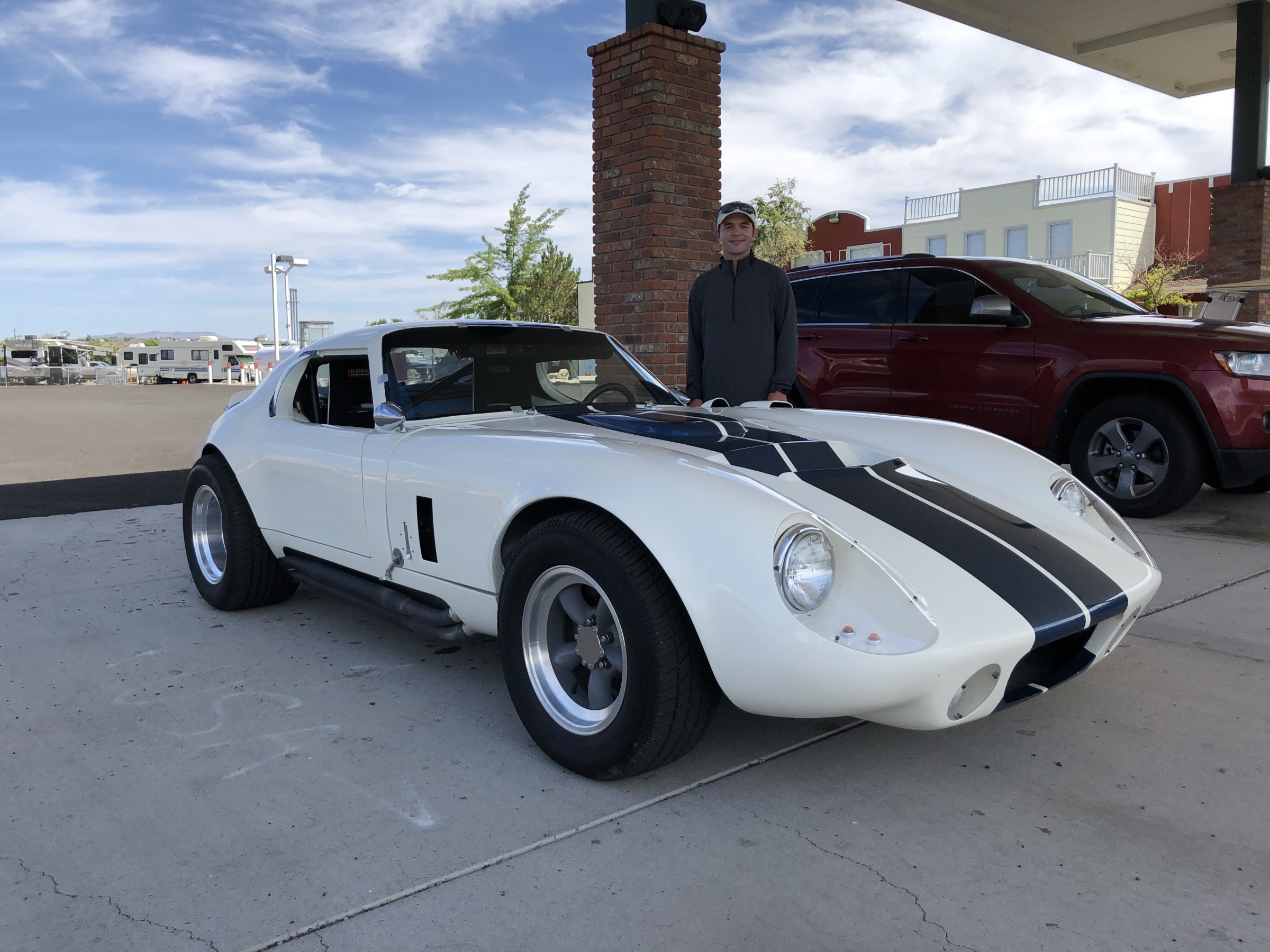 Great day in a track car for the street! Cruised Lake Tahoe and the surrounding two lane roads of the Northern California Sierras on a perfect Saturday afternoon and dropped in on a local car show in a casino parking lot. The Daytona had an instant crowd. Dozens of admirers constantly giving thumbs up, waves and hundreds of smiles wherever we drove. Even more questions from others asking what kind of car it was, whether sitting at a stoplight, getting gas or on the highways. The car ran flawlessly all day. Rodger was a great guy to work with as was his contact, Anthony, at Sierra Classics Auto Sales in Reno, who had the car washed and ready to drive in the morning. Unforgettable day!
Nancy Lebold 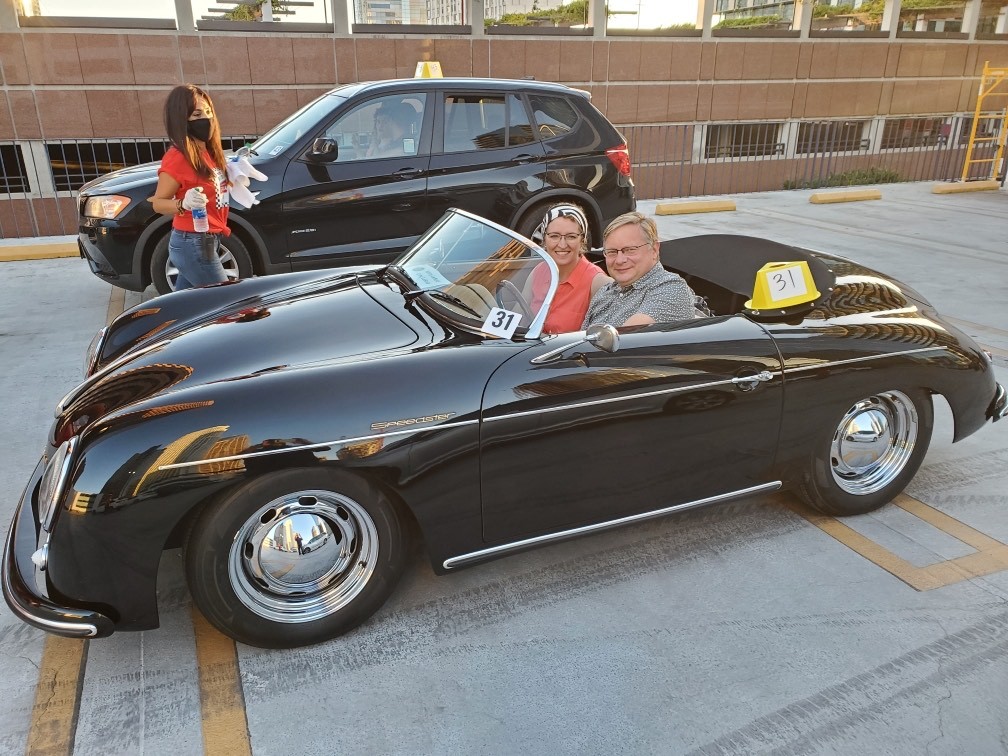 What an absolutely PERFECT car and rental experience with Savoy. Everything went as expected and the car was in pristine condition. We had attended an event with the car and was definitely the center of attention. Would highly recommend this delightful car!
Patrick Jasionek 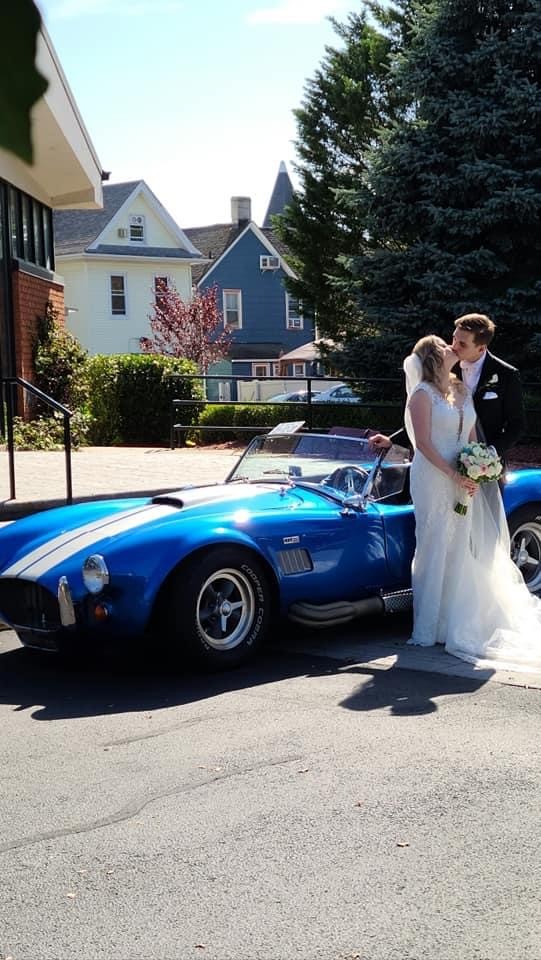 Thomas and Debbie were awesome hosts. They are the nicest people ever, very informative and have a great sense of humor. As for the car.. it was amazing. Looks and sounds just how you’d imagine, ferocious. They really helped to add a special touch to our wedding! Thanks again guys!
Edward Shebel 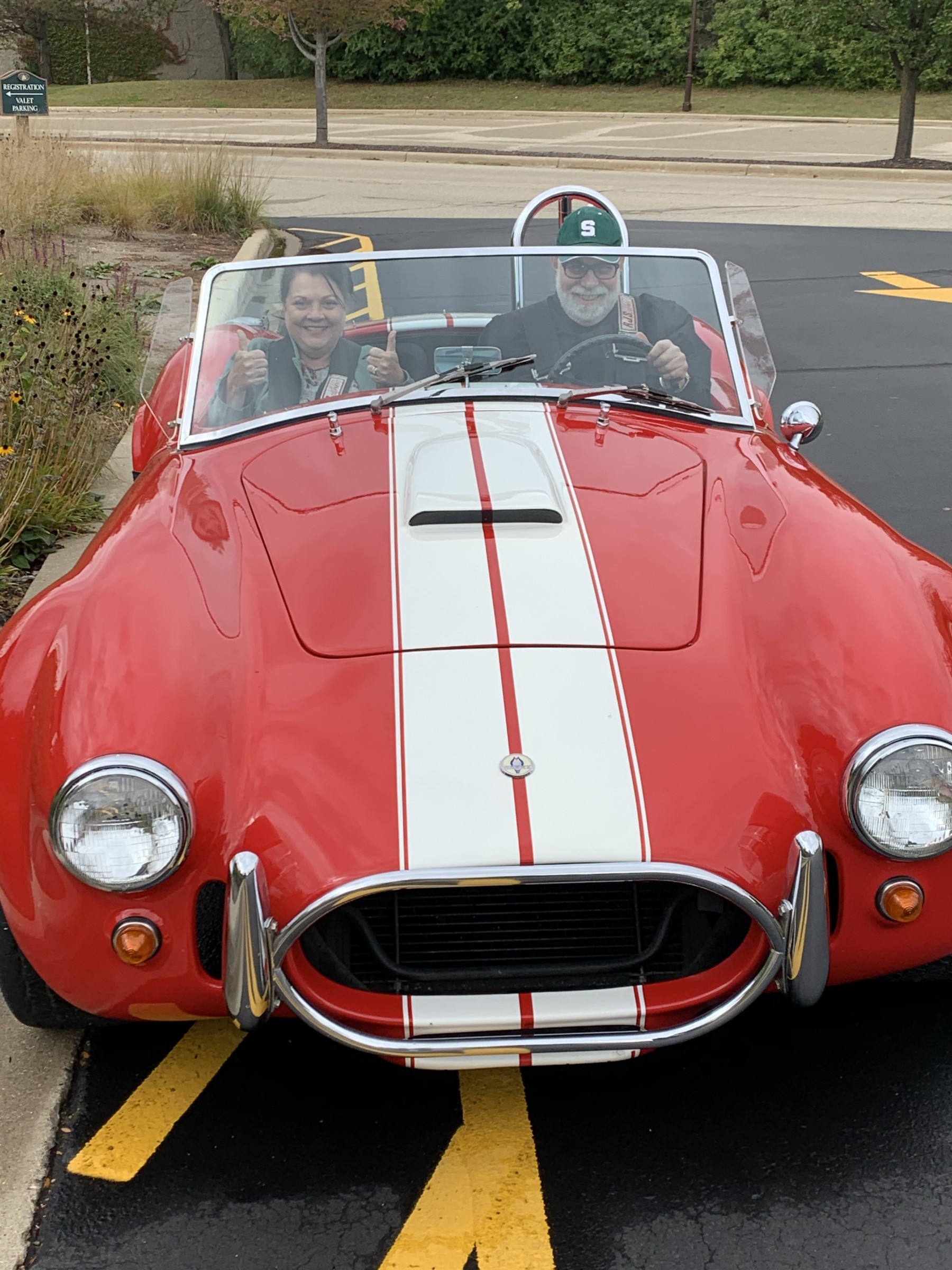 This car is what dreams are made of people. Driving a 65 Shelby Cobra w at huge 427 is on every car enthusiasts bucket list. This tribute rocket left us with a permanent grin on our faces. Gorgeous car and the best way to enjoy Lake Geneva. Don’t settle for just a rental. Get something that sets the tone for an amazing getaway - and can turns heads with the crack of the throttle. The staff made the experience even better with their attention to detail. Thanks again for the memories! We will be back in the saddle
Of this beast again soon!
Jerzy Banasiak 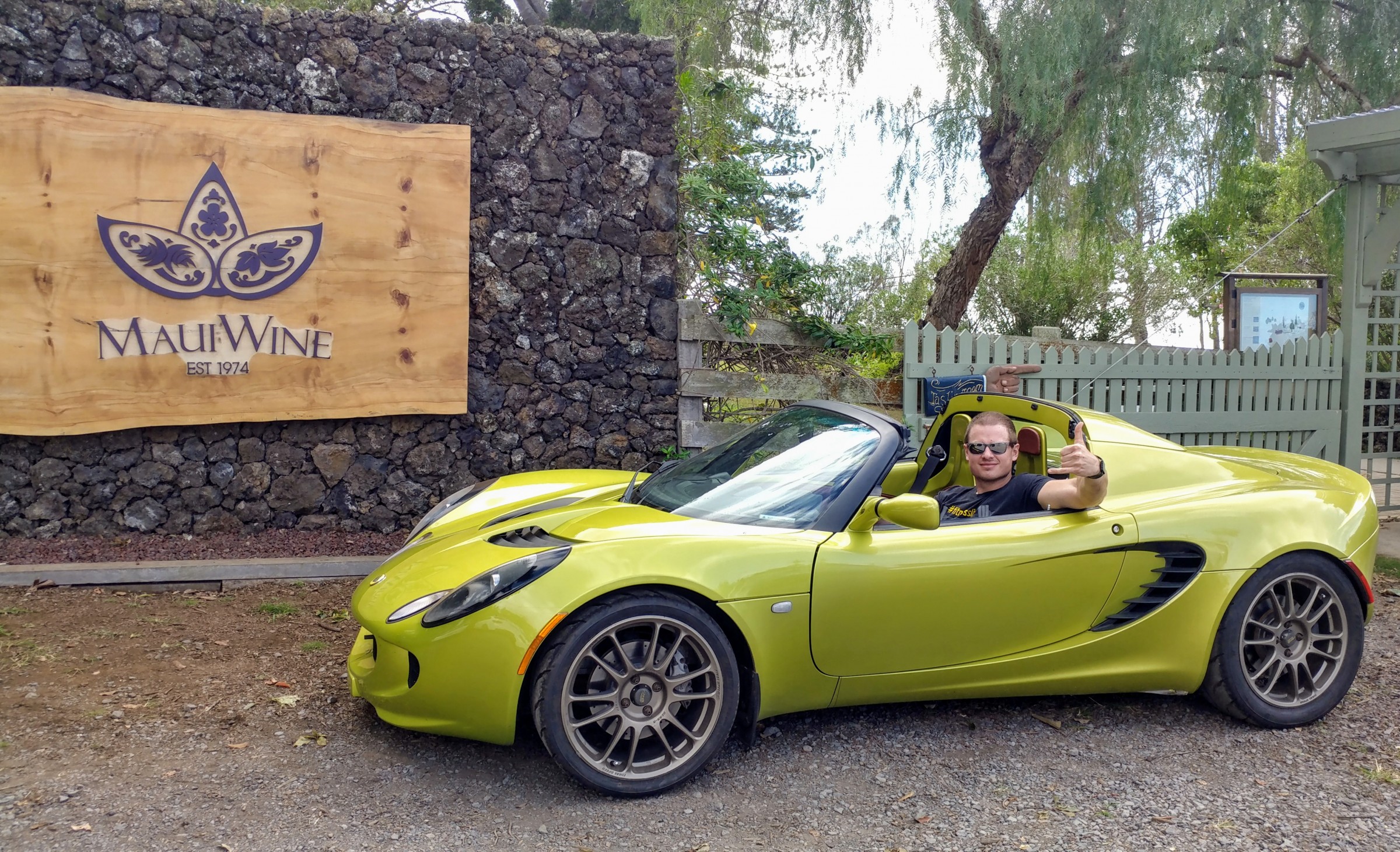 Phenomenal car that is perfect for the island between the awesome color, the removable top, the surgeon's scalpel level of handling, and the connectedness you have between your inputs & the car's response. Everything is direct, between the shifter, the steering wheel, and the pedals. Which makes driving so rewarding because you become conscious of how everything you do, the car translates to the road due in part to the car tipping the scales at a mere ~1,900 pounds. There are so many great roads on Maui for which this car is at home on, with switchbacks, off-camber esses, and dips & crests. With the super sticky tires, I was carving corners at unbelievable speed and no doubt pushing past 1g regularly with minimal effort. What's interesting is that even though this is a road-going track car, the ride is shockingly complaint all things considered. Also, very important to note for my fellow car enthusiasts who are on the athletic & tall side that yes you WILL fit in this car. I'm just over 6'2" with fairly broad shoulders and I had zero issues even with the top on (not that you'll do much, if any, driving with it on).

Make no mistake, this car requires a deft & capable driver because if you run out of skill you WILL find yourself in deep shit as the car has ZERO electronic safeties besides a limited traction control system. With the way with which the weight transfers, you can EASILY upset the balance in a corner by unloading a tire prematurely, improperly trail brake, or worse yet induce snap oversteer. But in all honesty you should not find yourself in that position, because it would mean you're driving beyond your abilities. If you are, you're disrespecting the car and worse yet you're disrespecting the owner.

Speaking of, David is a helluva of a gearhead and very enjoyable to talk shop with. I spent a good chunk of time going over the car with him before leaving, and it made the experience all the better because of it. I feel like I made a friend on the island, and when I return to Maui in the future I know I'll come back to take the Elise for a spin again. Mahalo for making my first trip to the island such a kick-ass time!
User authorization
Not a member yet? Sign Up Now!
Warning
Login with Facebook is temporarily unavailable. Please login using your email and password. If you do not know your password, please use "" link on login screen.
Password recovery
Password recovery
Password recovery success.
Please check your email.
Password recovery
Password recovery failed.
Such user does not registered.
Newsletter signing
Thank you for signing up for the DriveShare newsletter.
Be on the lookout for updates, featured cars and exciting events in your area!