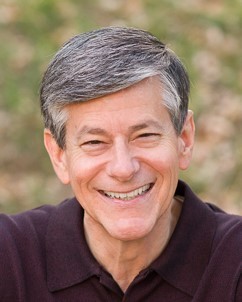 STEVENSON RNH
Check out the reviews on my services. I would be delighted to chauffeur your next "special" event. 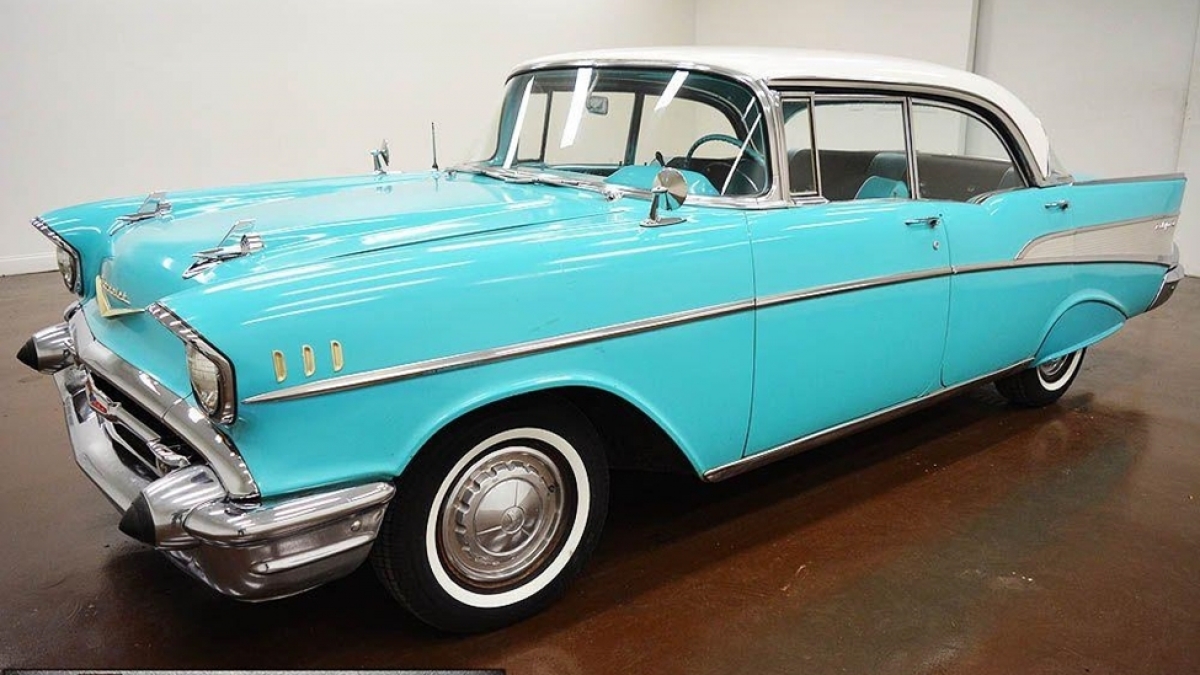 1957 Chevrolet Bel Air
Stevenson Ranch, CA
11
$225
per day
Story
This is my '57 Chevy which took me three months to find after researching all over the country. I'm the second owner and had the entire engine re-done, along with installing a new original-style A/C. The new interior had just been installed right before I purchased it.

Just like in "Driving Miss Daisy," I dress the part as the limo driver for weddings, proms, anniversaries, and special occasions. My vehicle was also highlighted for a special event at the Mantage Hotel in Beverly Hills as well as being a "star" in a Sony Pictures Intern Film.

PETER SCALZO
Jerry did an incredibly good job of making the day special. His personality is so wonderful and the car was so very beautiful. I highly recommend Jerry and his beautiful car. 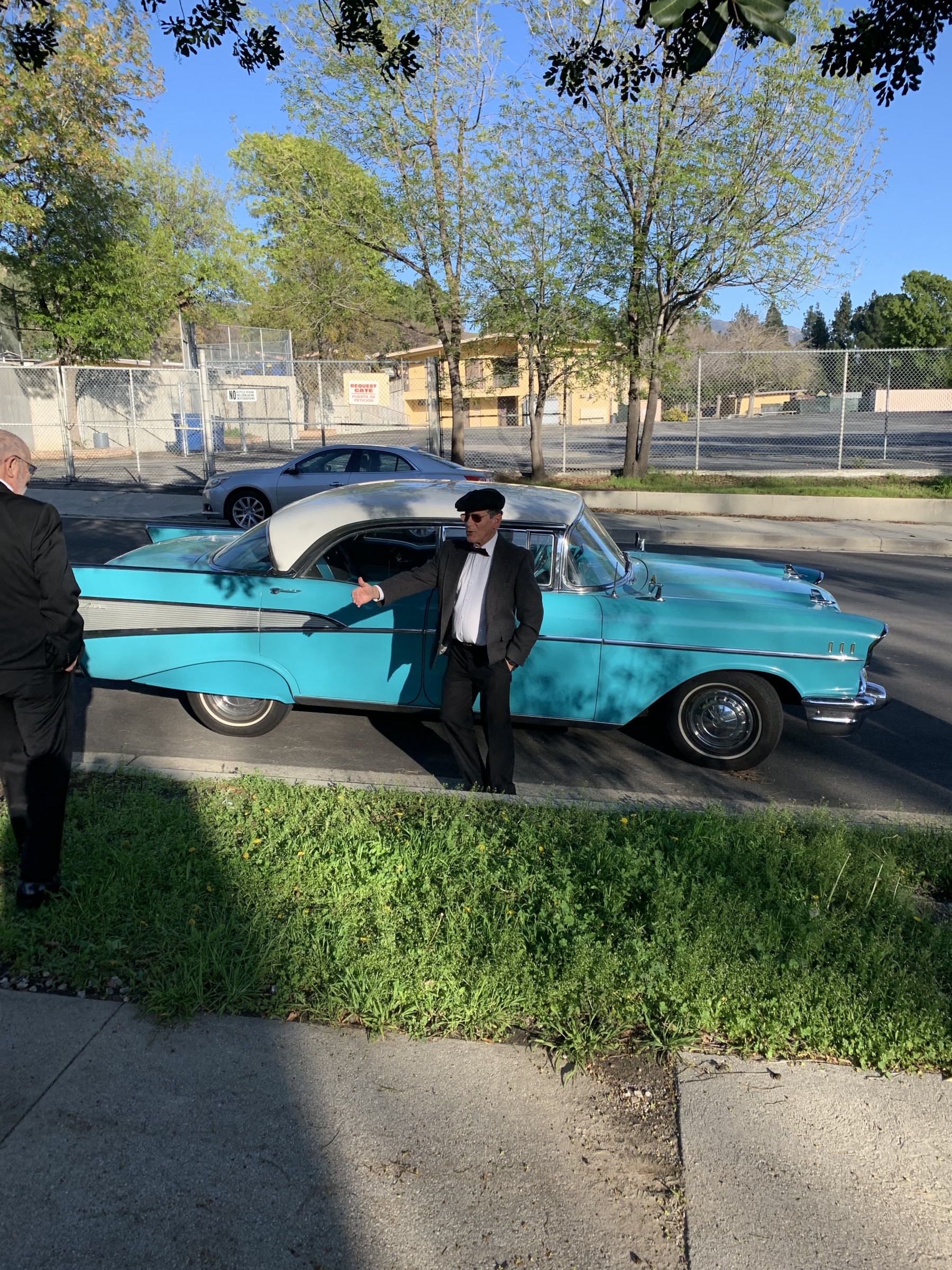 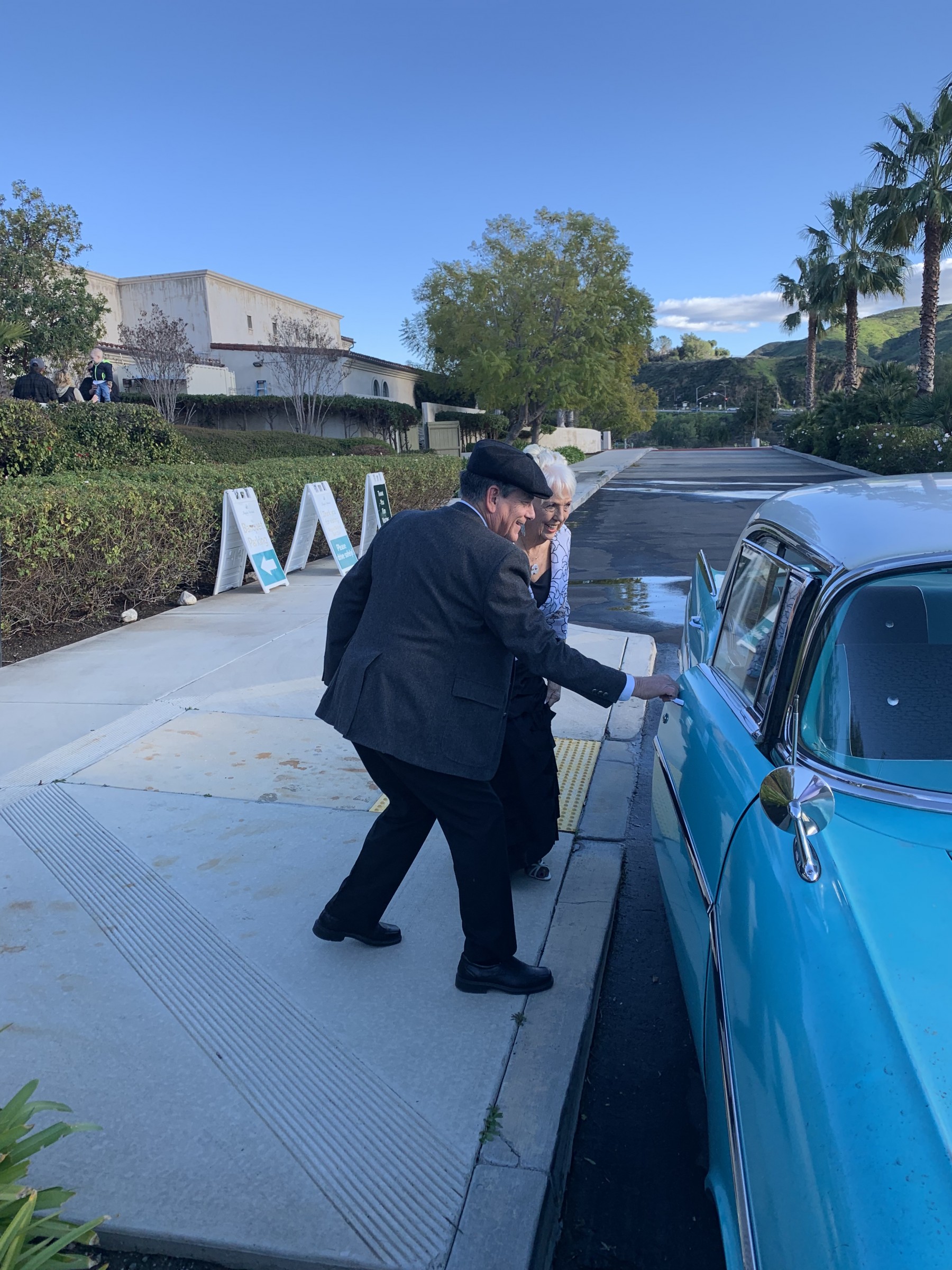 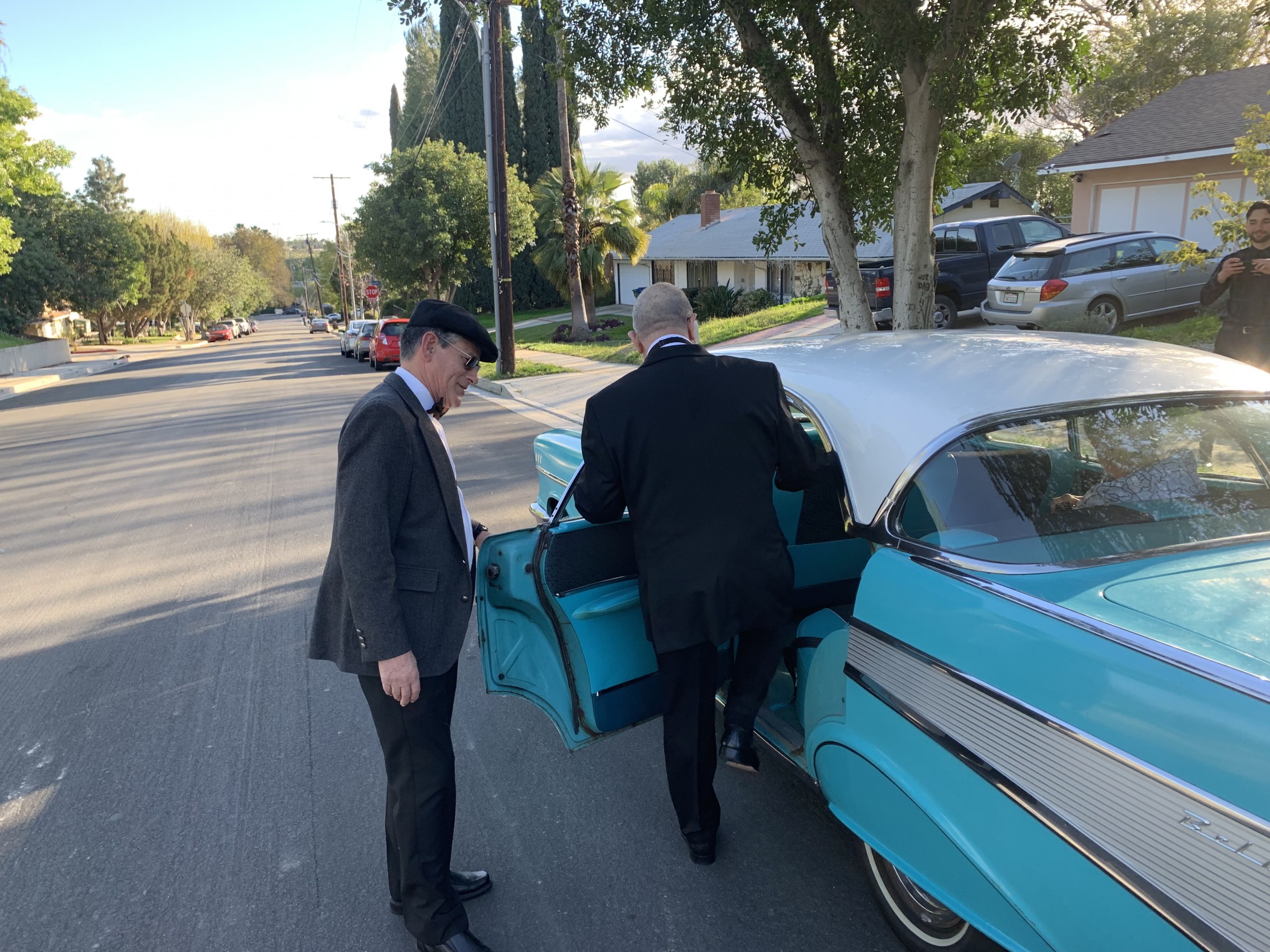 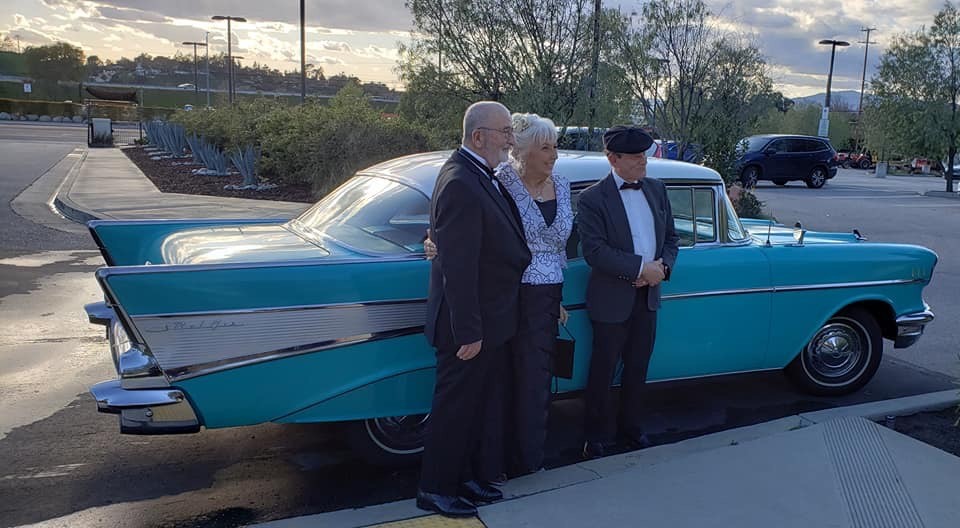 Lilibeth Ornelas
Jerry was our driver on our wedding day and we are very happy we found him and his beautiful car on Drive Share! Jerry is very professional and has a great personality. He helped us with so many things that went beyond his job description, such as carrying my bouquet and veil during the photoshoot and giving us recommendations for our trip to Ireland. Our guests thought he was a family friend due to his positive and helpful nature. We are looking forward to working with Jerry again in the future. P.S. His car looks great in our pictures! 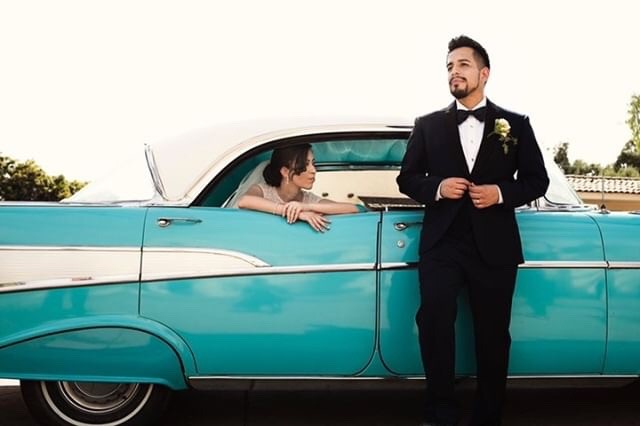 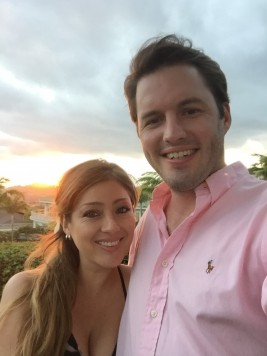 Rob Eberenz
My wife Pamela and I worked with Jerry for our wedding day and we couldn't have been happier with the experience! Jerry was on time, professional, personable, and flexible with our complicated itinerary, going above and beyond simply driving us from point A to B. Jerry's fee was reasonable and his 1957 Bel Air was the perfect addition to a complex and carefully planned wedding day, making our day that much more special! I would gladly and enthusiastically recommend Jerry and his Bel Air to anyone interested in classic car transportation for their wedding or any other special occasion. Thanks again Jerry! Sincerely, Rob & Pamela Eberenz

Andrea Andrade
We were so lucky to get Jerry's Chevy Bel Air for our photo and video shoot. It gave us the exact look we needed and Jerry was an absolute joy and so easy to work with. Loved our experience!

susan lawson
Jerry and his Bel Air were absolutely amazing. Couldn't have asked for a better chauffeur or a better car. My daughter and her boyfriend had the best prom with the best car. We definitely recommend Jerry! 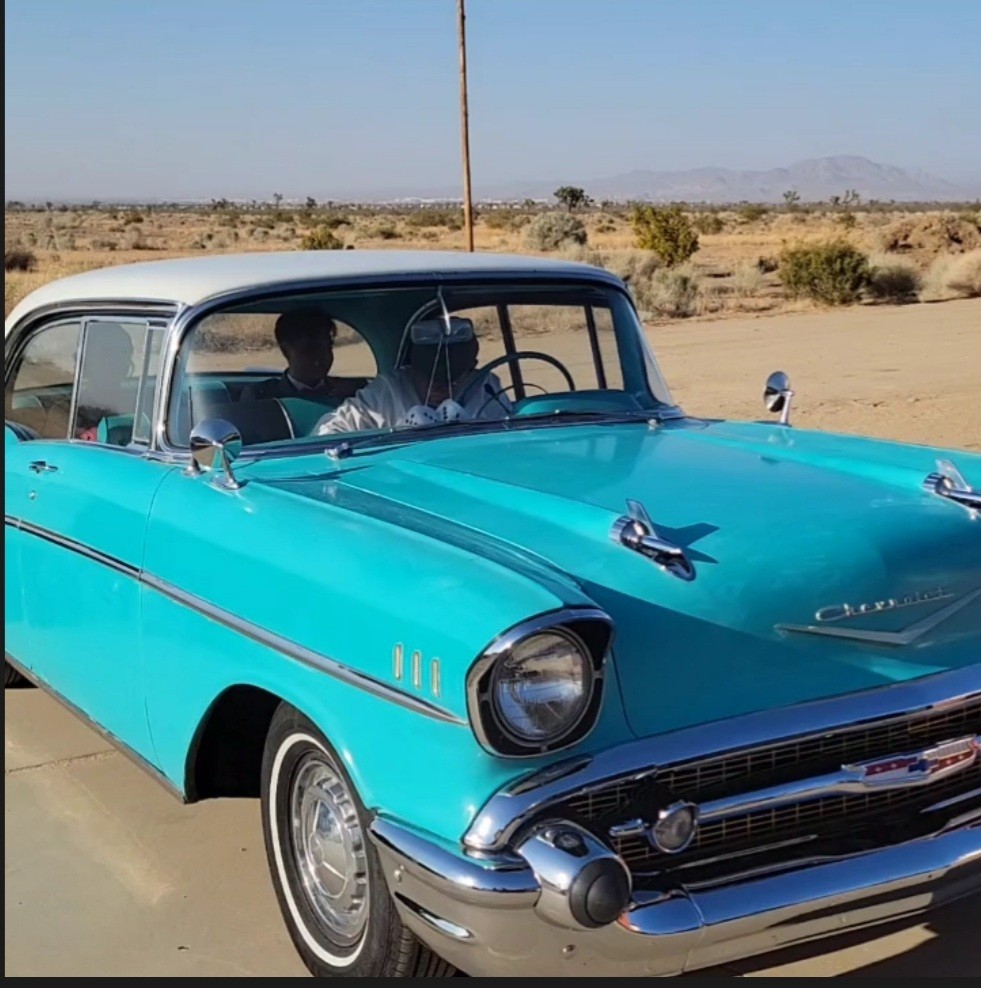 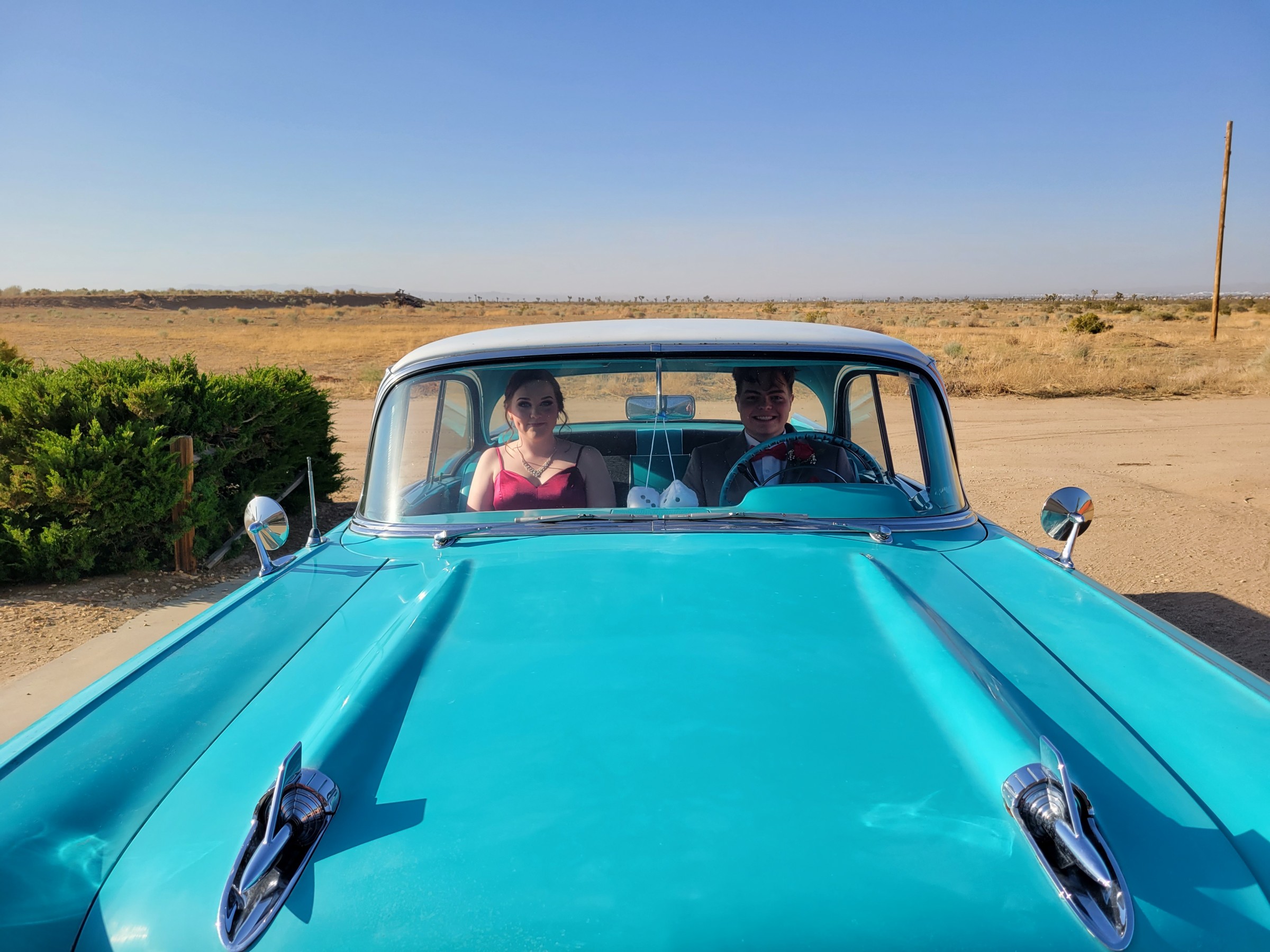 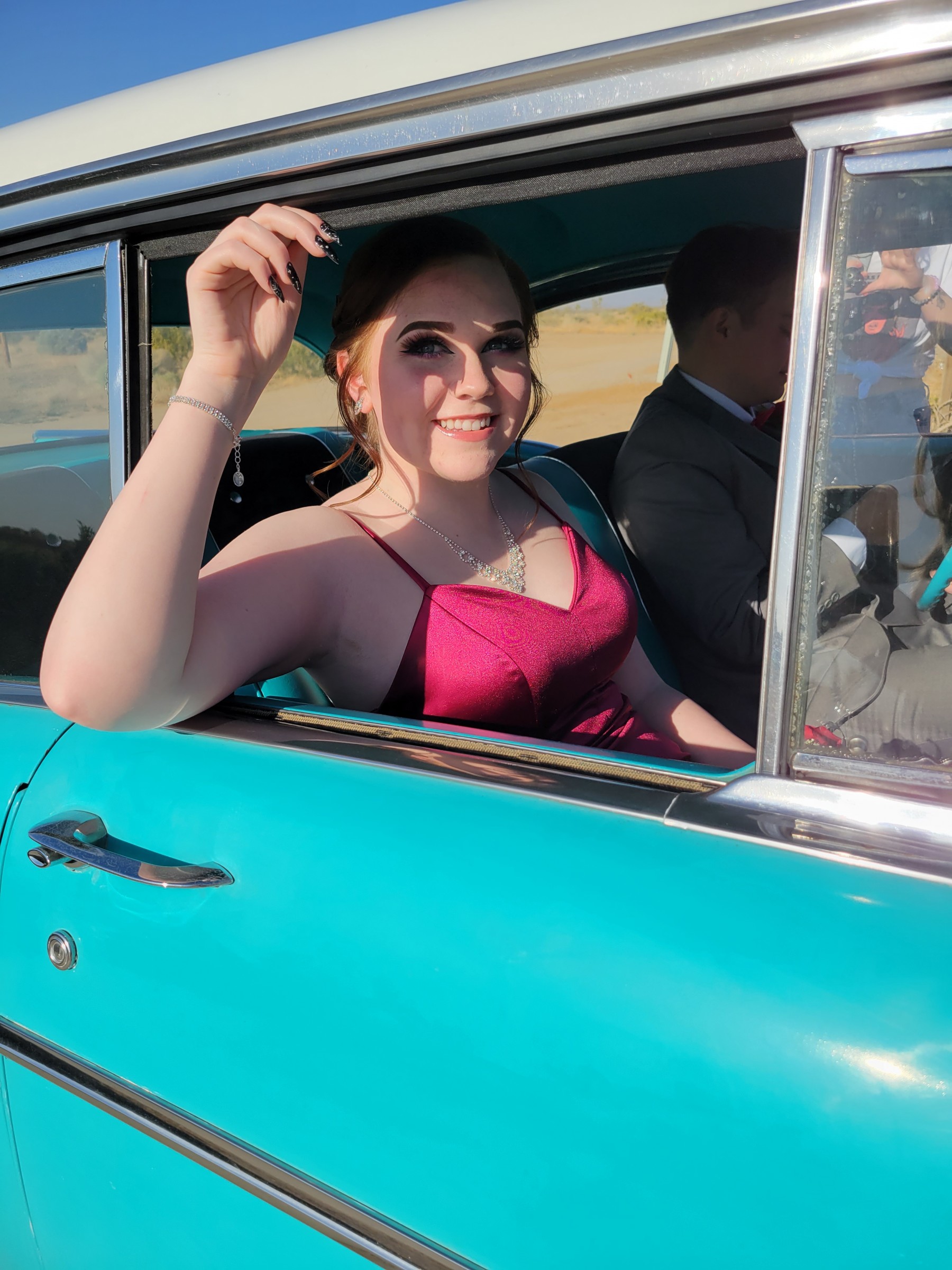 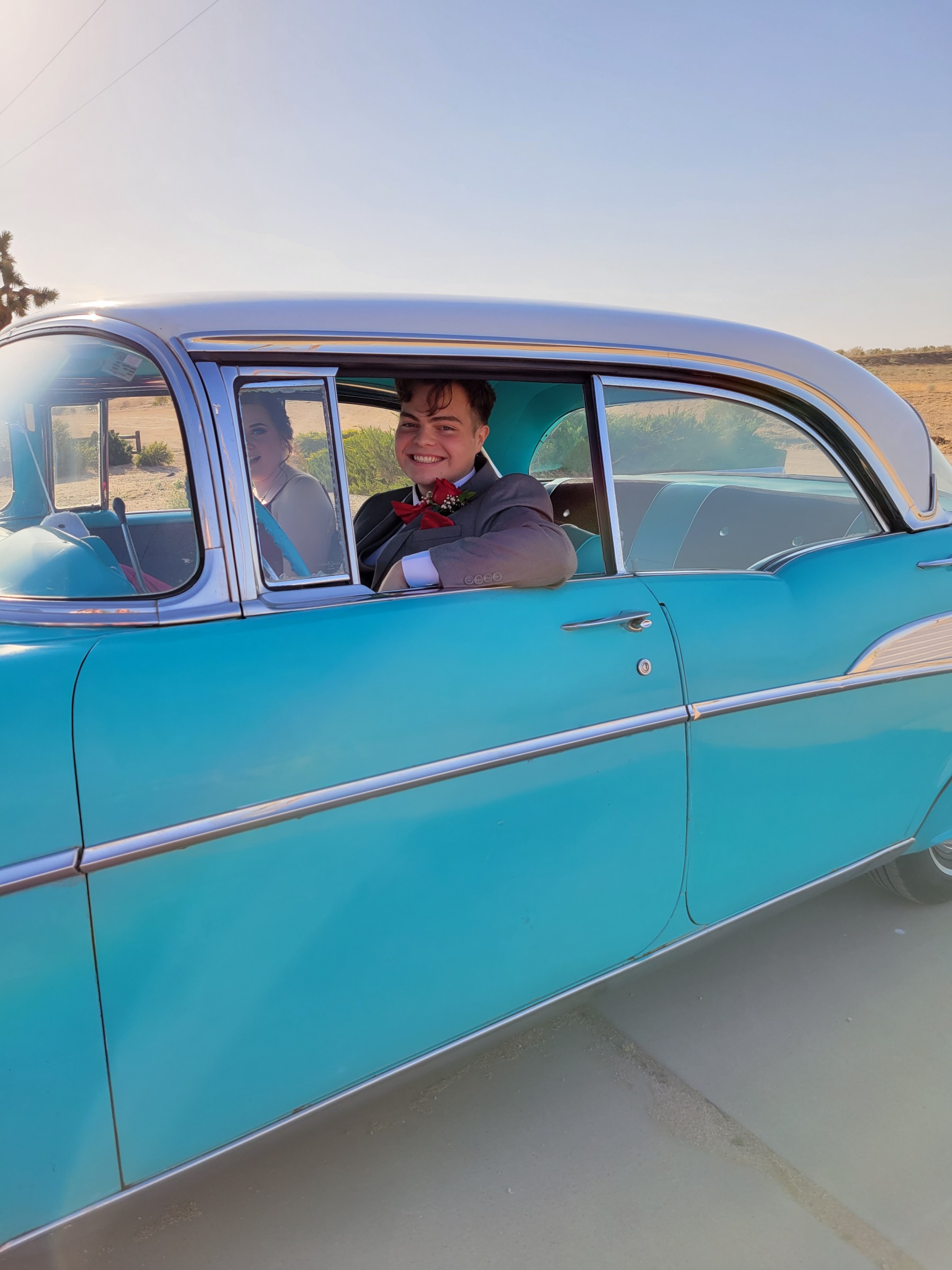 Mike Naney
Jerry was extremely professional. We had him chauffeur the kids to prom. Updated us on drop offs and pick ups. Wonderful to work with. 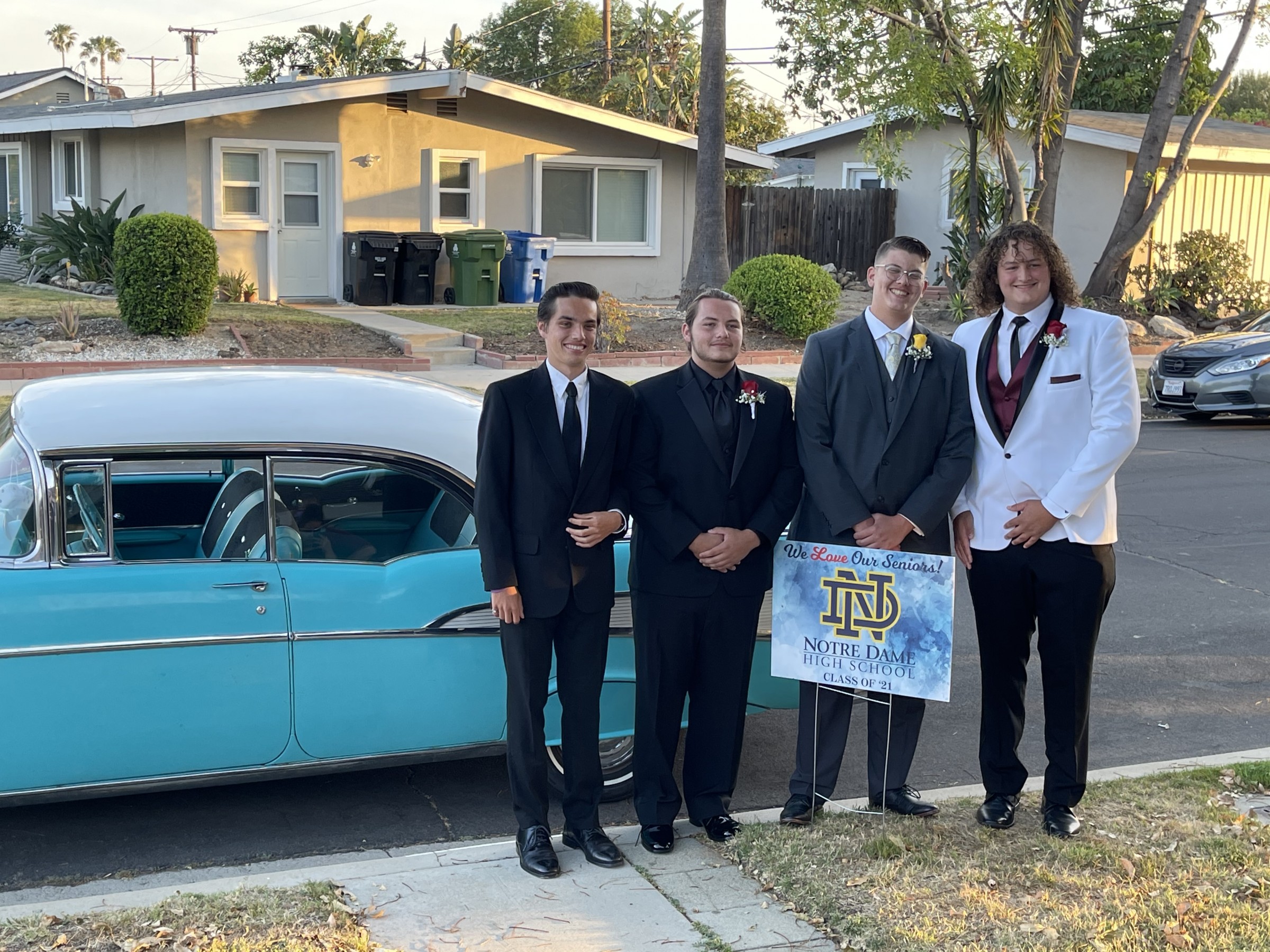 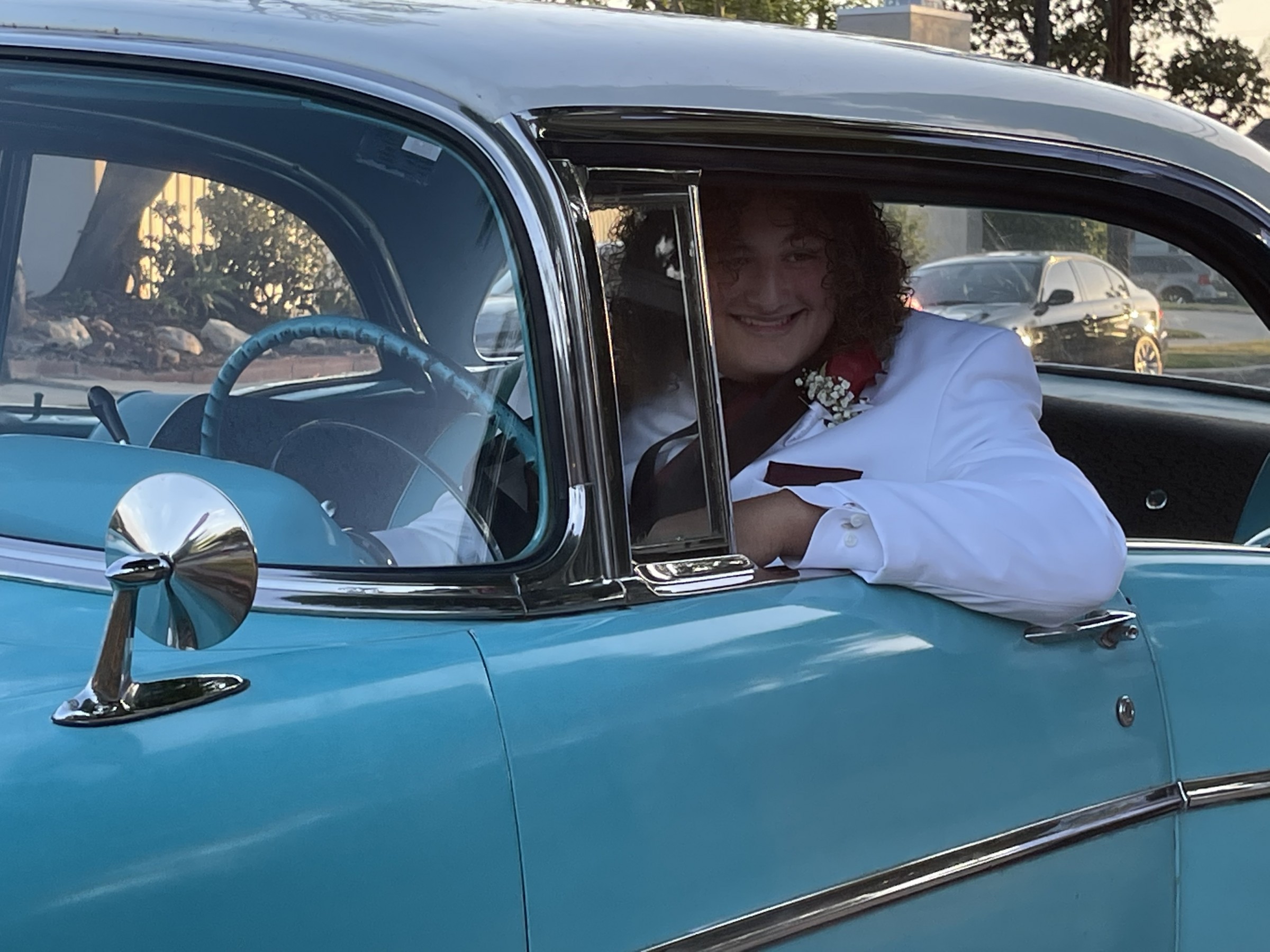 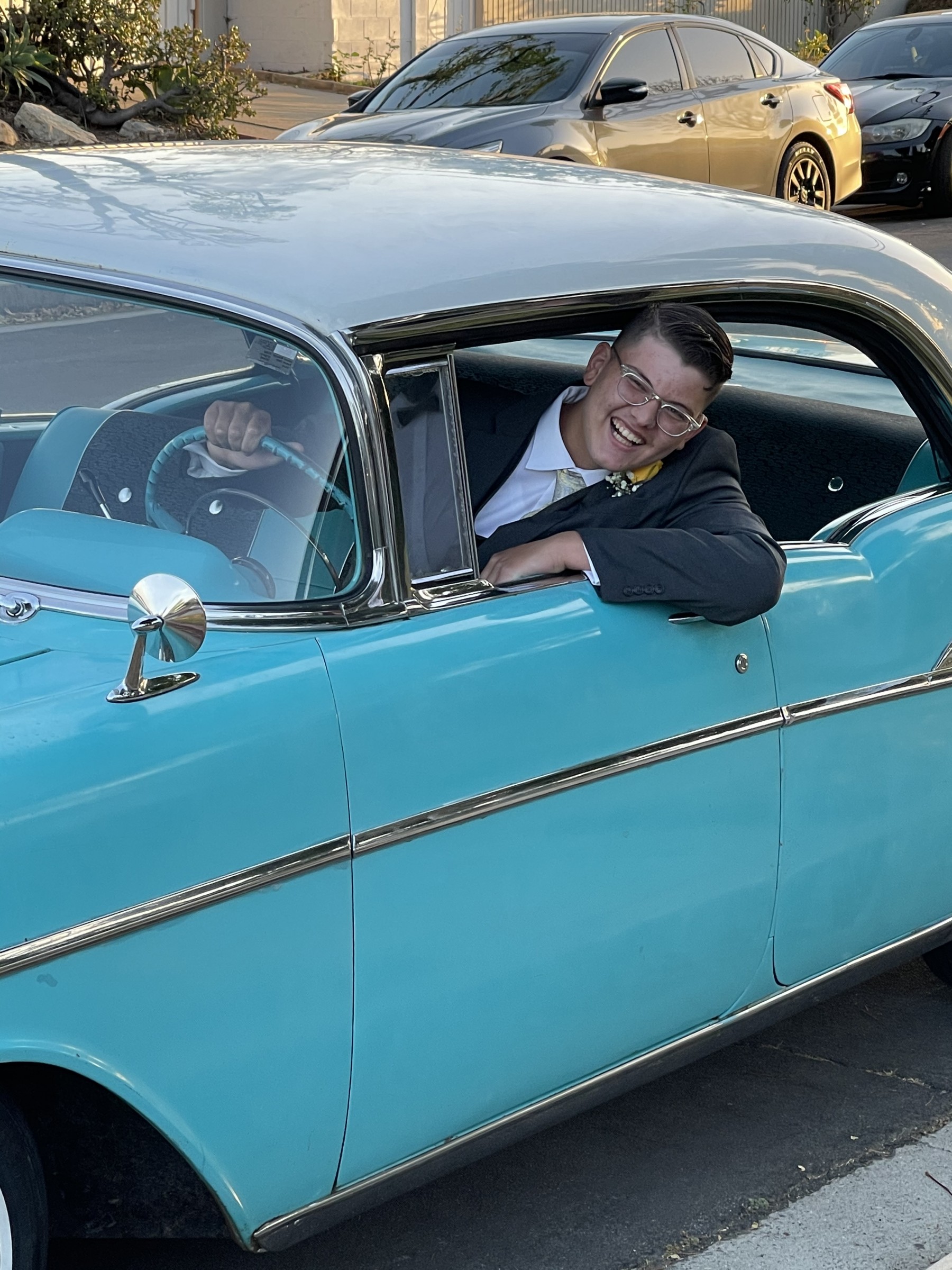 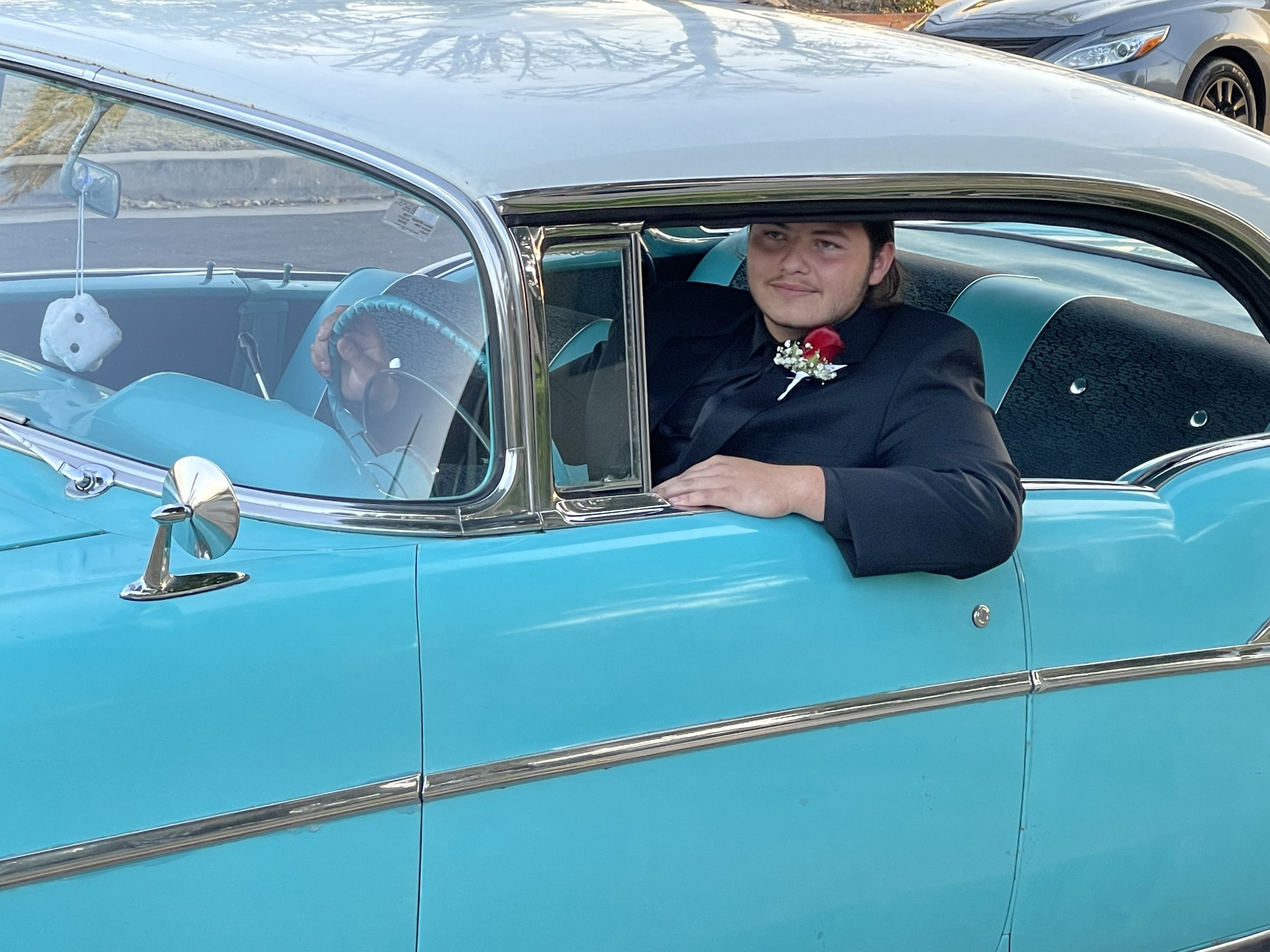 Margo Kaatz
Jerry was exceptionally easy to work with and a true gentleman. The car is amazing! We are so grateful to have had the opportunity to have this experience, the photo shoot was awesome thanks to Jerry and his "57 beauty. 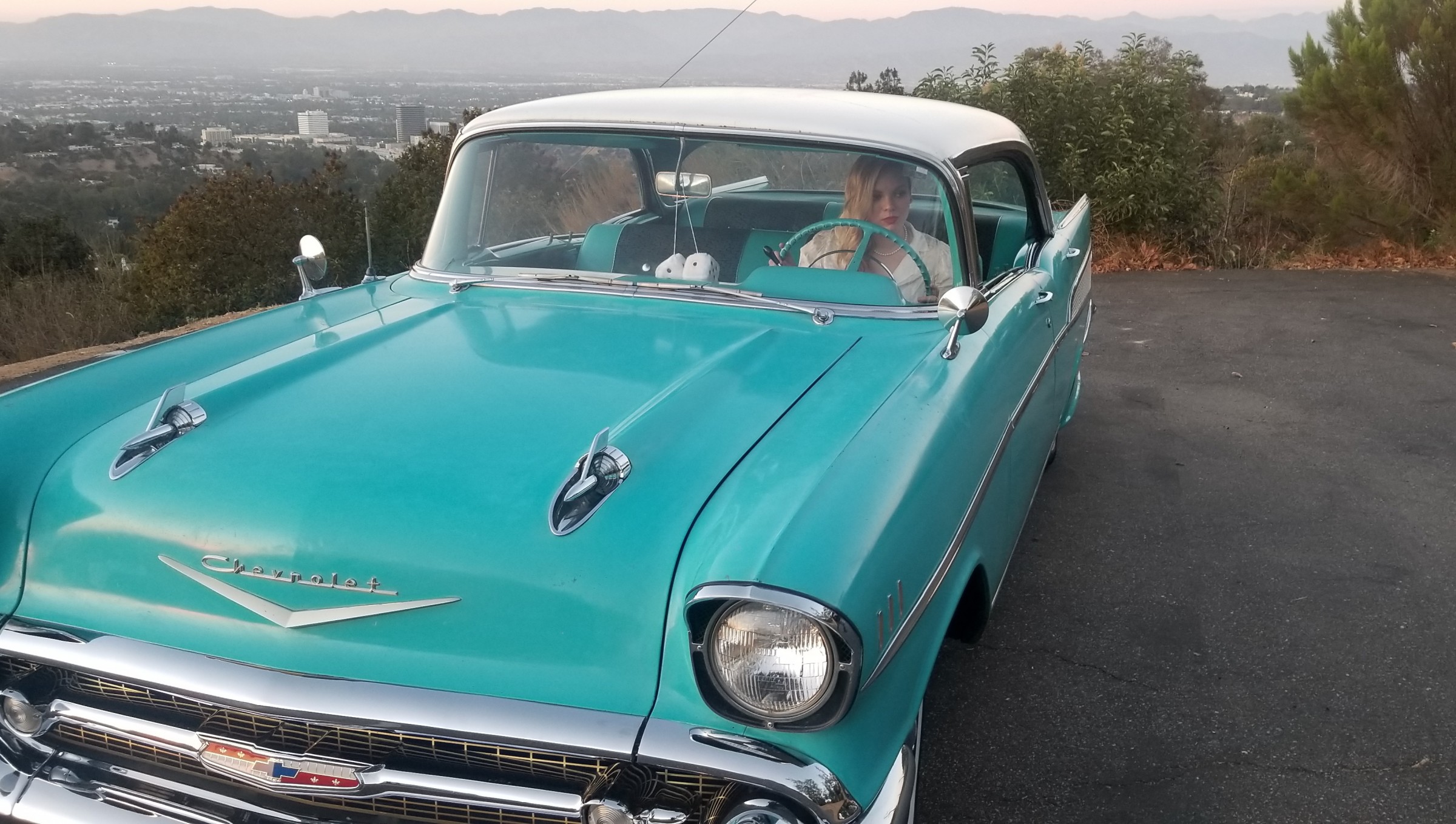 Danny Green
Jerry was absolutely amazing!!! He was extremely kind and was so easy to communicate with. We had him come for just the get-away at our wedding and he arrived earlier than requested to make sure we got as many pictures with the car as we wanted. The car was AMAZING. It’s in wonderful condition. 5/5 experience with this driver and car. Highly recommend!! 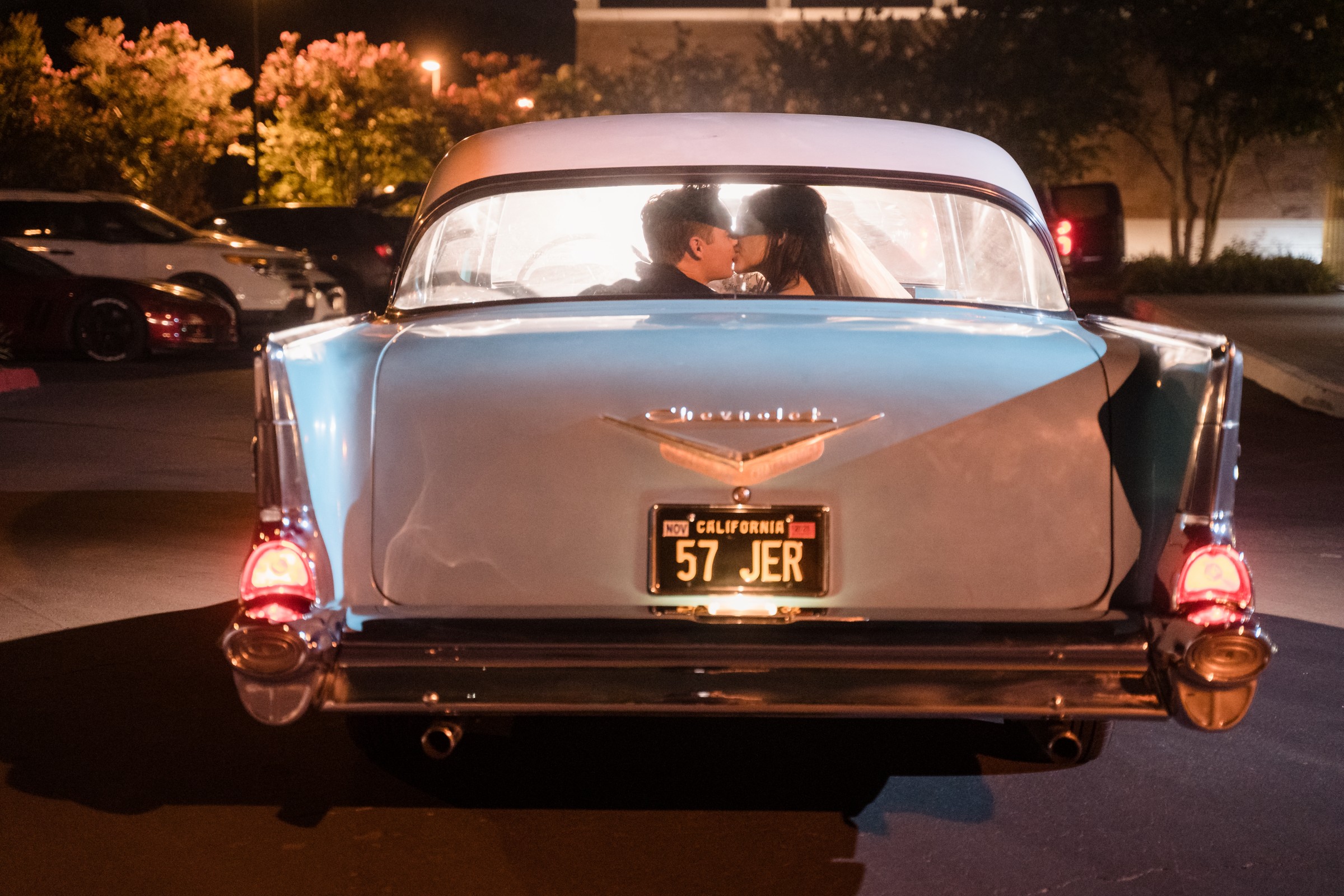 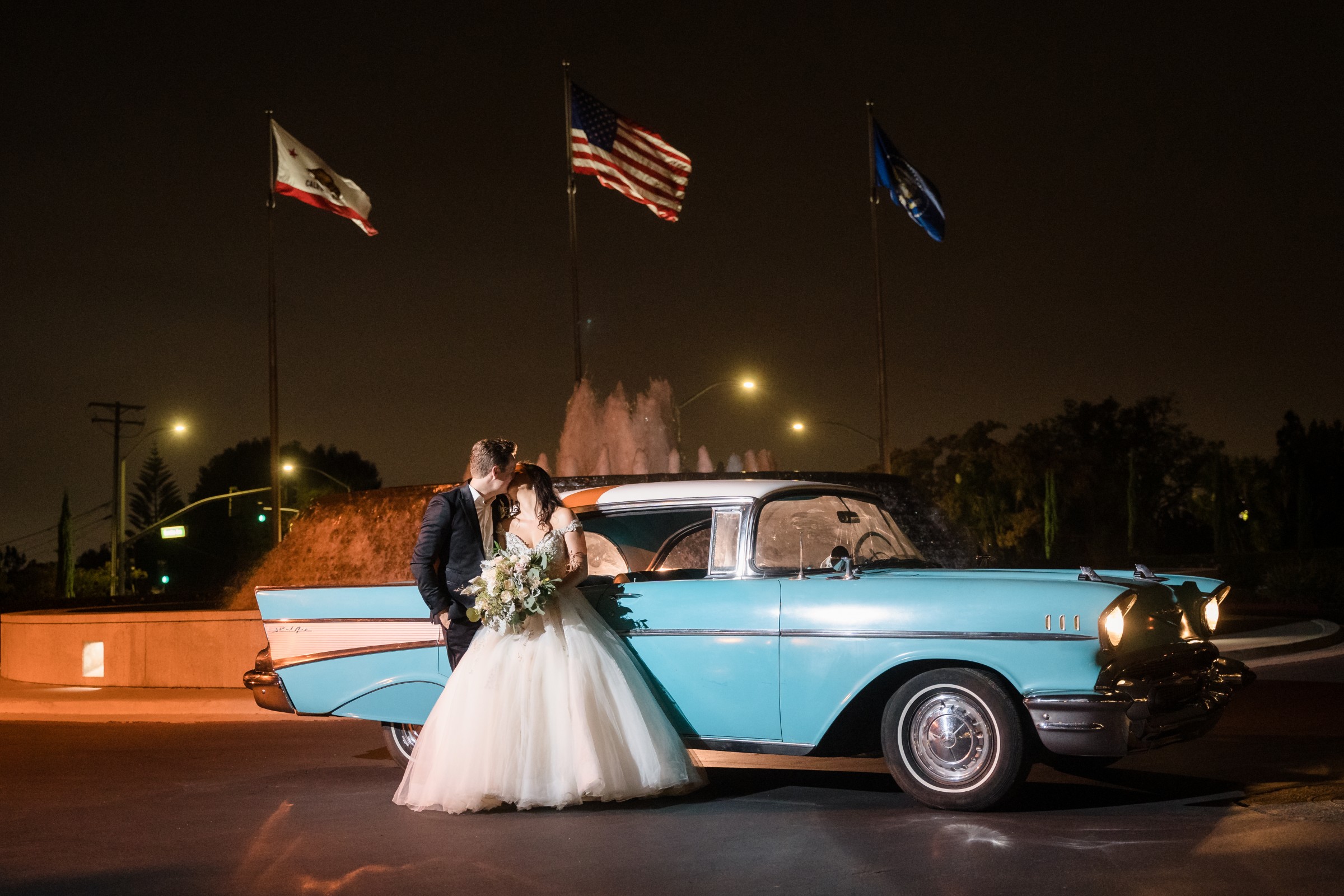 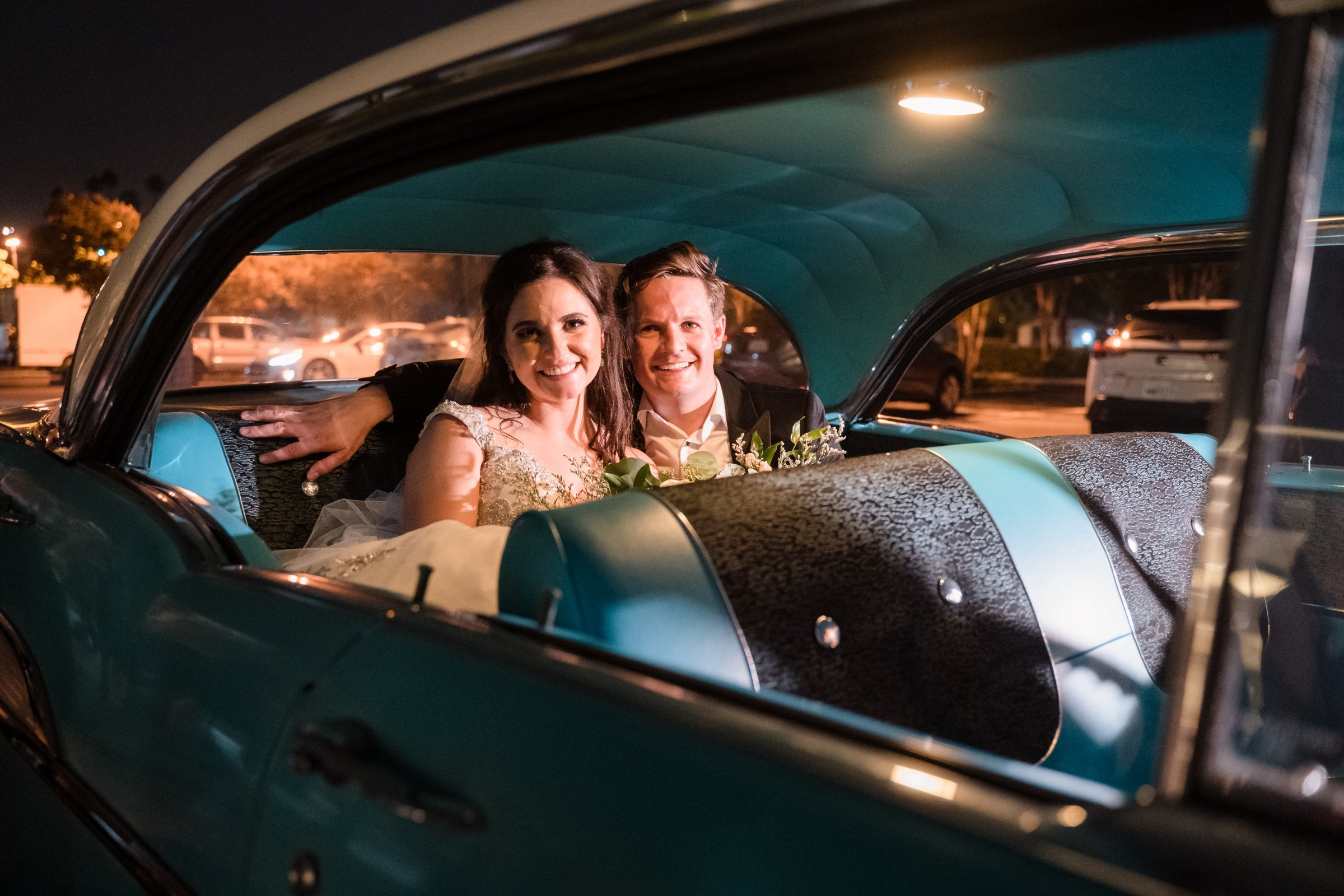 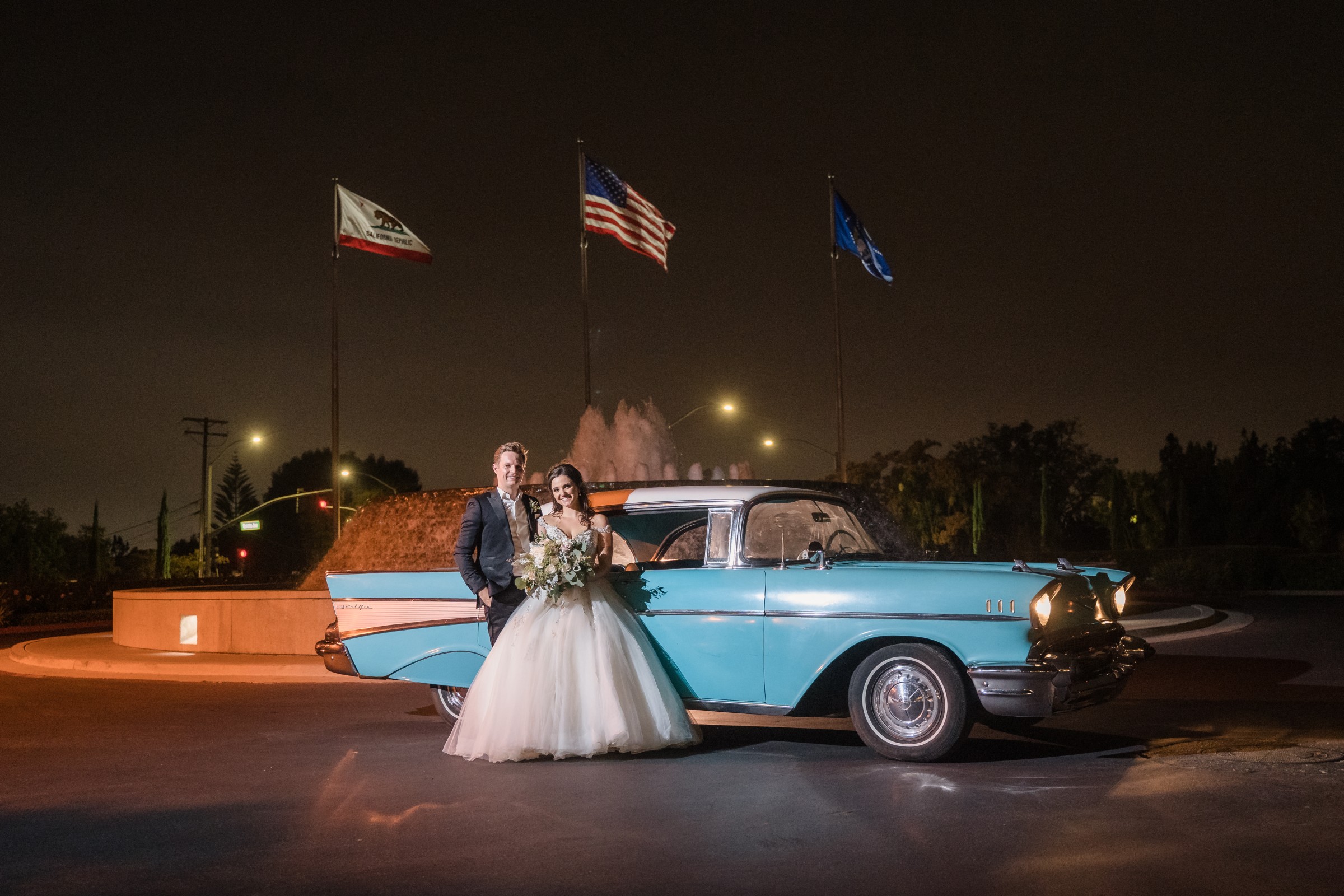 Cesar Preza
Jerry was fantastic! I couldn't be happier with the experience. From pickup to drop off, Jerry was nothing but kind helpful and a blast to talk to. Can't wait for our next event to be able to have You again!

Peter Shuper
We had a great time taking pictures with all the guests and the 57' Bel Air which was a hit for the evening. Having it parked in the driveway as guests came rolling in was one of the highlights of the evening. Thanks Jerry. 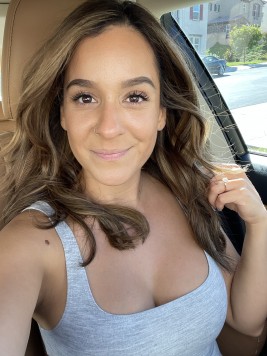 Summer De La Fuente
I cannot say enough about this experience. The car was absolutely perfect for our wedding day. Jerry went above and beyond to create such a unique experience. He felt like familia, and as far as I am concerned he is apart of my soul family. The car was clean, AC was working wonderfully, (very important for the makeup on a hot day) drive was smooth. Oh and my kids loved the ride too! Very happy with how well it was maintained. Spotless for a white dress to sit in. I would recommend this experience for any special event. Thank you Jerry, we are so grateful for your service. 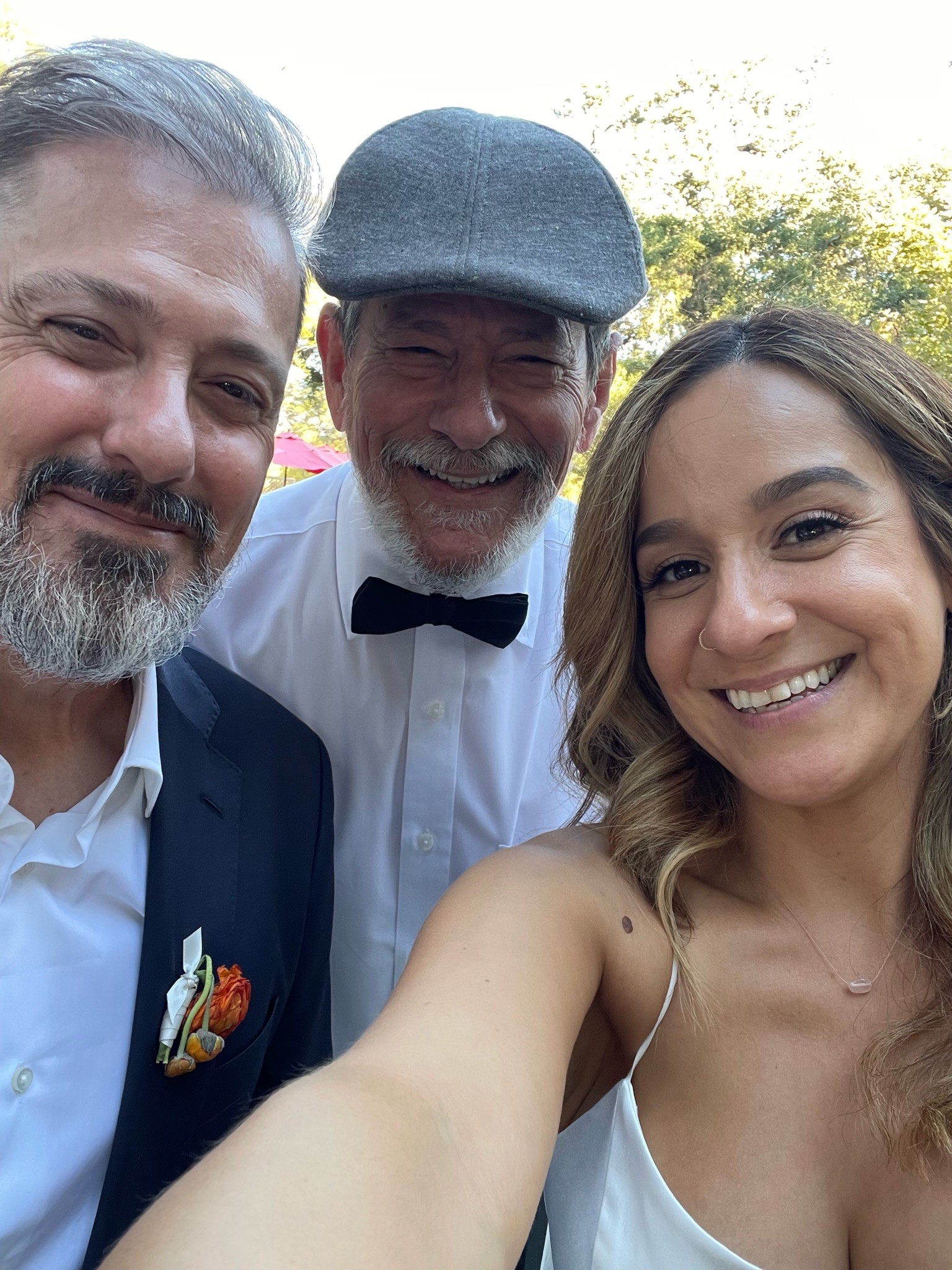 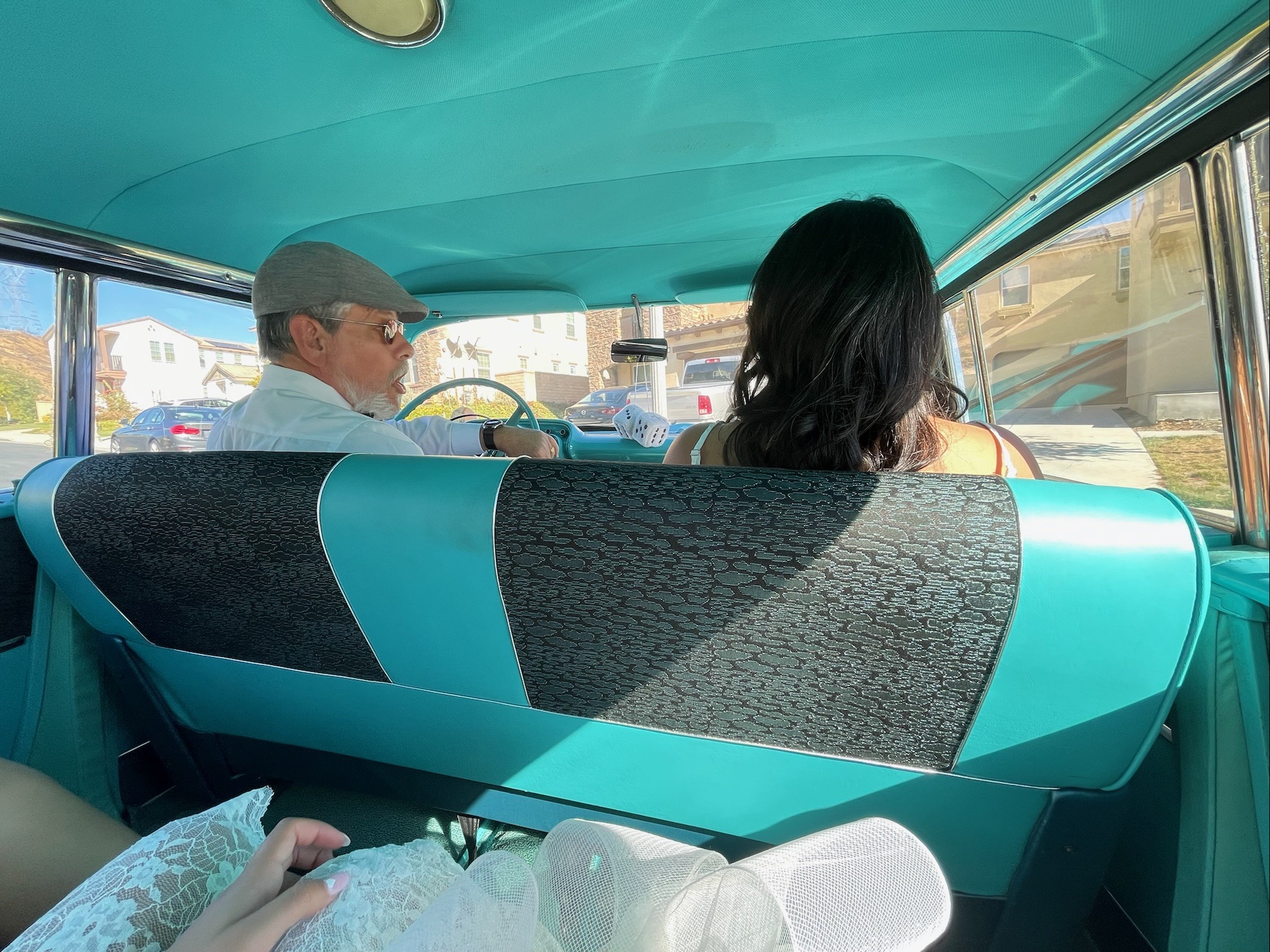 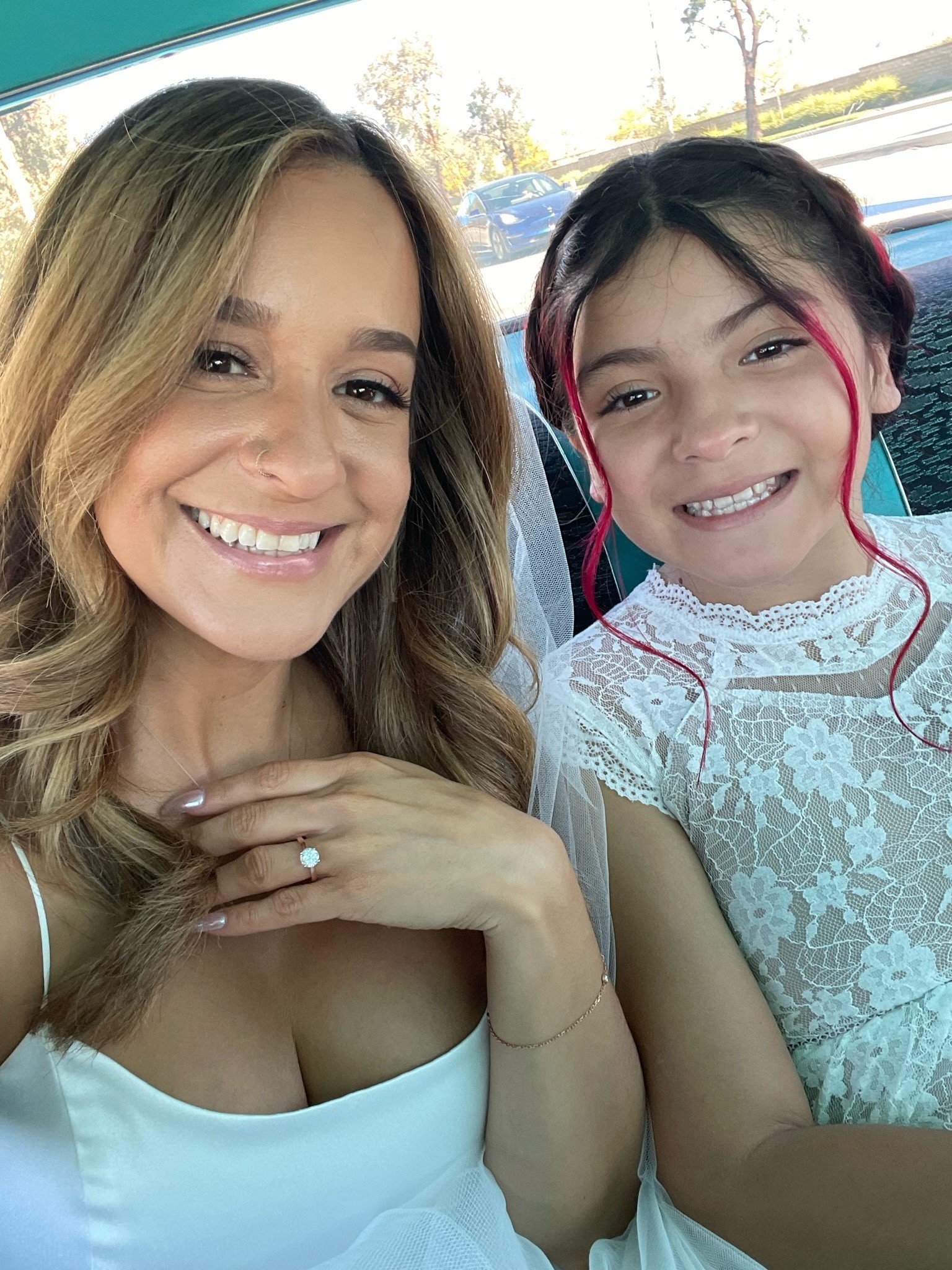